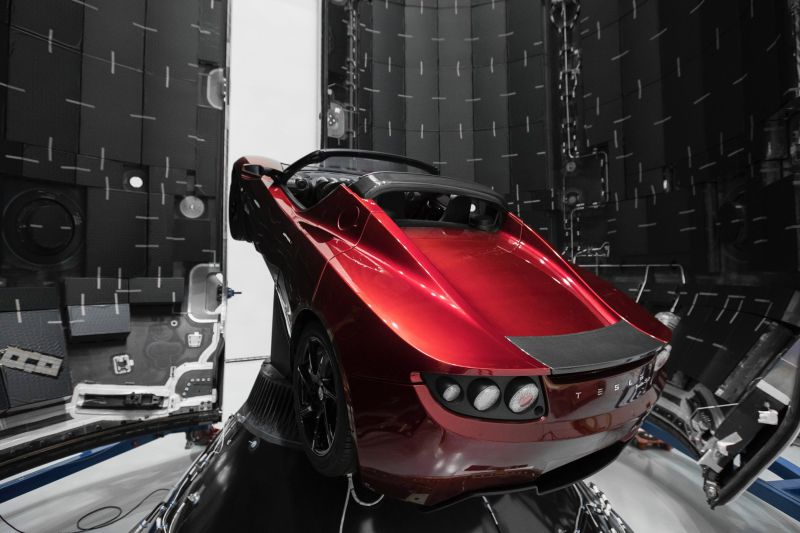 The giant rocket Falcon Heavy, with which private company SpaceX expects to conduct missions to Mars in the future, will take off today in Cape Canaveral (Florida), United States, for a test trip with a Tesla on board.

SpaceX president Elon Musk, who also runs the Tesla car company, confirmed on his Twitter account that “all systems have a green light for the launch.”

To demonstrate exactly how everything should happen, SpaceX today released a brief animation of the launch. To the sound of David Bowie’s “Life On Mars”.

This trip is to test whether the Falcon Heavy, 70 meters high and capable of carrying more than 66 tons, can be used to carry cargo into space. If the launch is successful, Musk believes it will outweigh the rival commercial rocket companies.

A red Tesla electric car will be the cargo the Falcon Heavy will leave in an orbit near Mars if the mission is to go as planned.

The last test before today’s launch took place on January 24, was successful and consisted of the ignition of the 27 rocket engines simultaneously.

This is one of the most anticipated releases since the Apollo missions (1961-1972) that took the man to the moon so much that tickets went on sale and thousands of people are expected in Cape Canaveral.

The goal of SpaceX is to use the giant rocket to carry heavier satellites into space and even humans in the future, thanks to its power and capacity only surpassed by the Saturn V aircraft, which operated on the Apollo missions in the 1960s and 1970s.