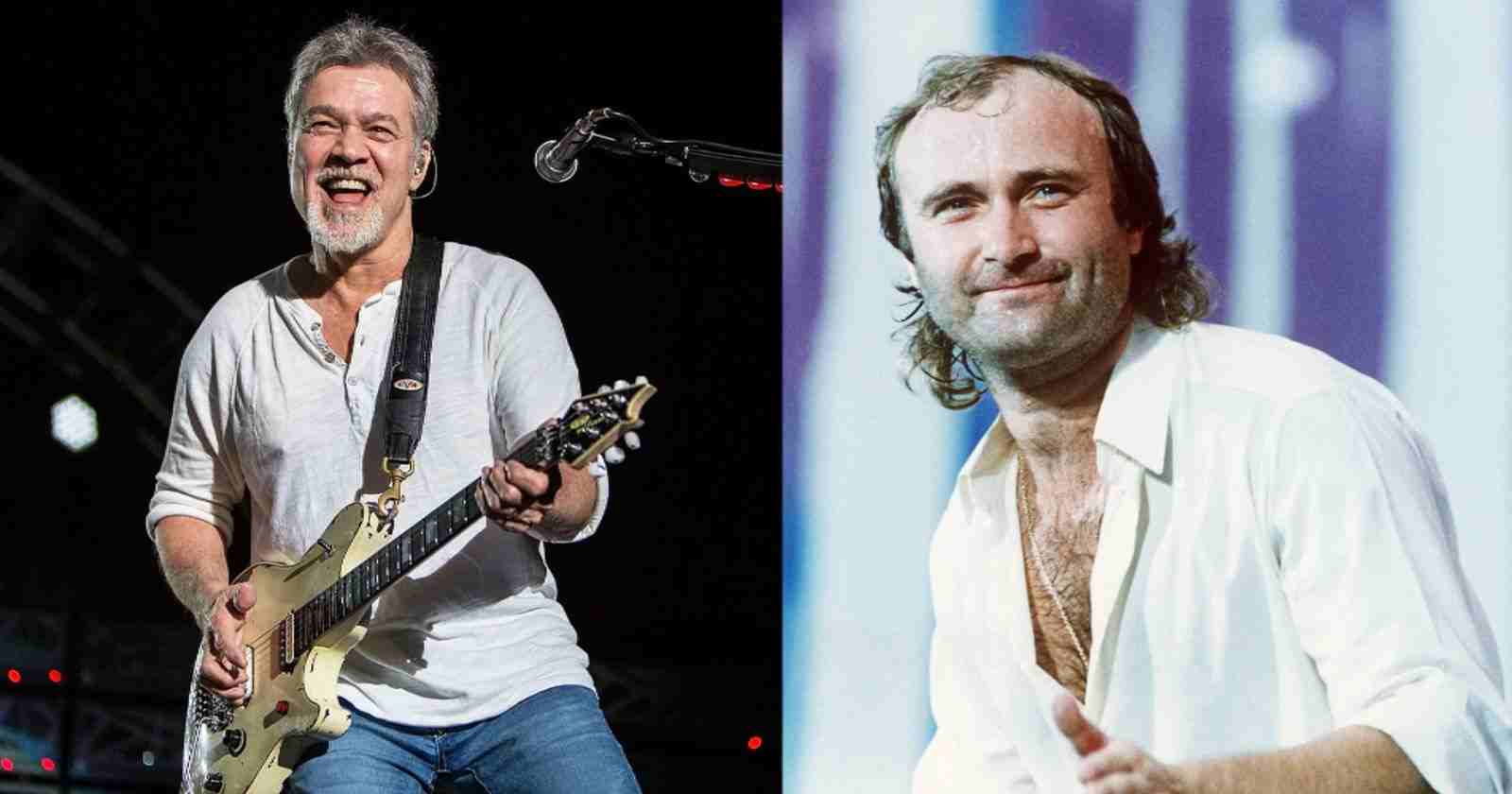 After David Lee Roth quit Van Halen back in 1985, Alex, Eddie and Michael Anthony where thinking about the possibilities they had and if they should continue as Van Halen or not. In an interview with Guitarist magazine back in 1993, Eddie Van Halen said that he considered inviting names like Phil Collins, Joe Cocker and Pete Townshend to sing on the solo album he would make.

Eddie Van Halen said about why he considered names like Phil Collins, Joe Cocker and Pete Townshend for his first solo album:

“When Roth quit the band, it kinda left us going ‘Hmmmm…’ In the beginning, I was planning on doing a solo record with Alex [Van Halen] and Mike [Anthony] but having a different singer on each track: Joe Cocker, Phil Collins, Pete Townshend. I was thinking of doing something strange.”

“It wouldn’t be Van Halen, but it would be Alex, Mike and me with all these different singers. But logistically, it would probably just be getting finished now, what with everyone’s scheduling, y’know? So we nixed that idea and Alex said, ‘Heck, let’s continue with Van Halen. You write the music anyway.’

“So, I called Sammy [Hagar]. That was on a Friday and he came down on Monday. We already had about five or six tracks. We had Summer Nights, Best of Both Worlds, we had a bunch of stuff, and Sammy walked in and I didn’t tell him a thing to sing, I didn’t tell him nothin’ to do.”

“He just walked straight in; he just fitted in there like he’d been there all my life. And I just went, ‘Where have you been all my life, you asshole?’ On top of being a great singer and musician, he’s one of the funniest guys I’ve met in my life. He’s got such a twisted sense of humour, so we really get on like brothers.”

“But after that first record, we really had to establish ourselves on our home turf first. So what we ended up doing was touring for 10 months in the US. That brought us to ’87 and after that, Sammy still owed Geffen a solo record. So I figured, to speed things up, I’d produce it and play bass on it. That took another six to eight months to do and then, of course, he had to do a promotional tour and, after that, we had to do another record for Warner Brothers.”

“So here comes OU812 in ’88. We had to go on tour behind that, starting in the States, because that’s what everyone wanted – I’m talking powers that be, management, agents, record company and so on. Okay, so we tour behind that for eight months and here it is, 1989 and Sammy and I are literally spanked. We’re beat.

“Since ’85, when we started recording 5150, until the end of the tour of OU812, we had four years non-stop working. So we planned on taking a year off, before we started recording For Unlawful Carnal Knowledge, but we owed Japan a long-form video. So we never got our year off.”

“We had maybe six months, just enough time to start writing for the next record. I suggested to the guys that we hadn’t been to Europe for too many years, but when we were starting the Unlawful Carnal Knowledge tour, halls weren’t available over here. So this time, we’re actually starting here. But it only took nine years to come back…”