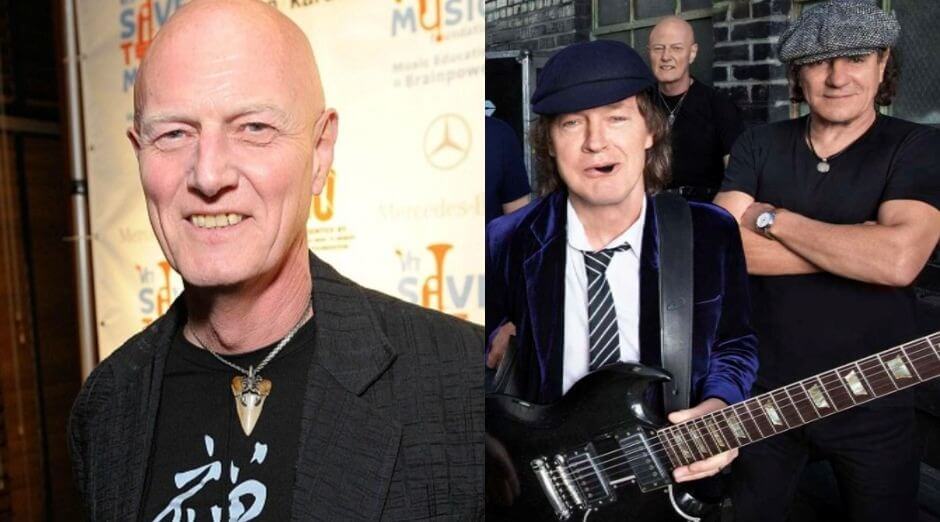 Legendary musician Chris Slade that already played with Gary Numan, Tom Jones, Uriah Heep, Manfred Mann’s Earth Band and David Gilmour was asked in an interview with Rolling Stone if he knows about any AC/DC future plans and if he still is the band’s drummer.

At the end of the tour (Rock Or Bust), did you talk to Angus? Did he say anything about the future?

“No. Absolutely no. [Laughs] And he never would, anyway. They used to take five years between albums. They still do, at least. No. There would be no discussion, not even between Angus, Cliff, and Brian. There would be no keeping in touch every week. There’s none of that. It’s like, “OK, that’s over now. We’ll talk again in five years.” And that is a fact,” Chris Slade said.

Pictures have surfaced showing Brian, Cliff, Angus, and Phil near a recording studio in Vancouver. The fans all think they’ve made a new album. Do you know anything about that? 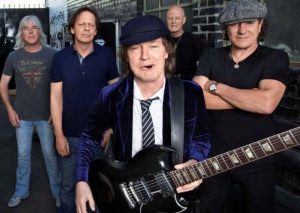 “Nope. I don’t at all. To be honest, those pictures are so old. I think it was probably … I don’t know if I was the first drummer to go through Canada. But it looks, to me, like old pictures, to be honest. If you look at the hair on everybody and what the hair is like now, including me, you’ll see what I mean. There are so many rumors about AC/DC. There are daily, and I mean daily, rumors. “Oh, Angus has bought New Zealand.” It’s ridiculous. “Oh, I know things because I know. They recorded an album and they’re going to be touring in 2020!” You know what? They’re not [laughs],” Chris Slade said.

I keep reading they are taking old Malcolm riffs and making new songs out of them with Brian singing. That’s the rumor at least.

“That could happen. We all know about technology. I’m certain that Malcolm and Angus talked in great depth about this before he passed and before he was really, seriously ill. I’m sure there was a master plan. Of course, you throw away plans. Plan A turns into Plan Z. Personally, my gut feeling is that Angus is not going to retire. There could quite possibly be another album. I’m pretty certain there will be. Who is on it? I have no idea. Will Cliff come out of retirement? Who knows? If he’s had enough fishing for a while, maybe he’ll want to come back to rock & roll.”

I’m looking at their Wikipedia page as we speak, and it lists you as their current drummer. Do you think that’s accurate?

“To my absolute knowledge, and this is me being absolutely honest, I am the current drummer in AC/DC. [Laughs] It may sound deluded to some people. I’ve said that before in interviews and people have gone, “The man is deluded. He’s lost it. He doesn’t know what he’s talking about.” It actually says that? I’ve never looked,” Chris Slade said.

I mean, it’s just Wikipedia. But that’s what it says.

“Yeah, well, nobody has ever called me and said, “By the way, you’re not the current drummer,” or, “By the way, Phil’s been in the band for three years.” Nobody has ever said that. As far as I’m concerned …God, I’m philosophical enough to realize that Phil may well be back in the band. I have no idea. I had no idea last time when they called me before Rock or Bust. I’m open to all possibilities. That’s the way people should be, open-minded,” Chris Slade said.