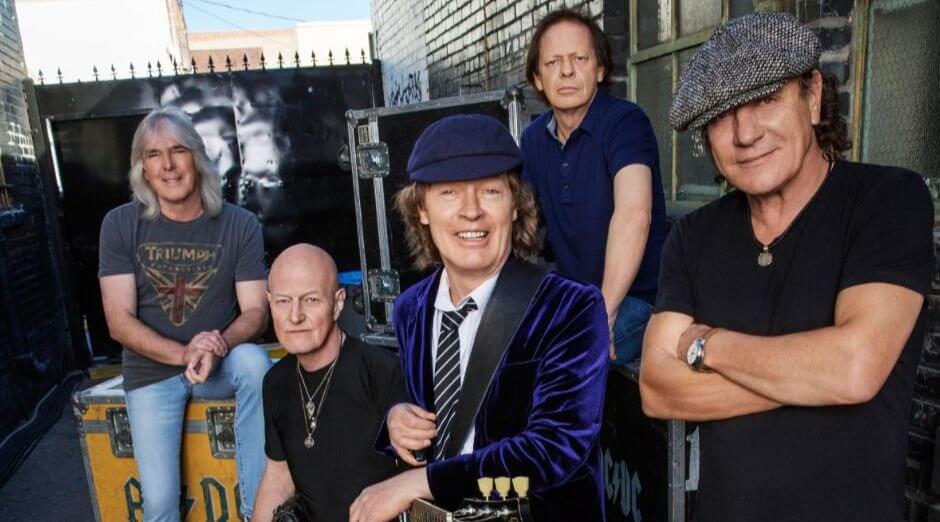 “I don’t know the end of the story. The band, including Brian, was in Miami. Tim [Brockman], the tour manager said, “We’re going to be staying here for a while.” I went, “Oh, really? I thought we were going to a new city next week.” He said, “No, we’re going to be here for a few weeks.” I said, “Why?” He said, “I’ll tell you later.”

“I never got the story. But I had been talking to the crew and they filled me in. All I know is — and this is serious; I don’t know the details — all I know is that Brian went from Miami to home. He lives in Florida anyway. As far as I know, he stayed there,” Chris Slade said.

There were more shows to do on the tour, though. What discussions did you guys have about how to solve that problem? 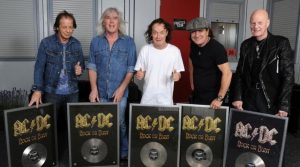 To be honest, that is Angus and management. That’s above my pay grade [laughs].

Besides Axl Rose, did you hear about any other possible replacement singers?

We were in Atlanta, Georgia, and we auditioned a few people. Some of them were really good. I said, “What’s happening tomorrow?” Someone goes, “Tomorrow we’ve got Axl Rose.” I went, “What?! Axl Rose!” I knew his reputation. “Wow, that is left field. I never saw that coming.” I’d only ever heard his Guns N’ Roses voice. I didn’t know he could cut it. He showed up the next day at the rehearsal place in Atlanta and he seemed like a really nice guy.”

“He was telling jokes. The rest of us were like, “Wow. This is unprecedented.” At least in my mind, that is. When he started singing, it was like, “Wow!” I never even knew he could sing like that. It was brilliant, absolutely brilliant. He turned out to be the nice guy that I thought he was. I found out he wasn’t putting on an act or anything. That’s how he was,” Chris Slade said.

The guys you auditioned before Axl, were these known singers or relatively unknown singers?

Relatively unknown, I would say. Some tribute-band guys and some of those guys are really good, as we all know. And, of course, I had no input whatsoever. Nobody says, especially to the drummer, “What do you think?” [Laughs]

It must have been weird during the Axl shows to look out and not see Brian, or even Malcolm, for that matter. Two key parts of the band were no longer there.

“Yeah. We had auditioned for a few weeks with Axl. I’m pretty spontaneous in my life and sometimes drumming, as well. To me, it was like, “It sounds great. Let’s go with it. Come on, Slade, do your gig. It’s what you’re getting paid for.”

At the end of the tour, did Cliff Williams say that he was retiring from the band?

“I think that was during the tour. And I think I got it, actually, from Tim, the tour manager. I think he just actually said one night, probably at the bar, “Cliff is packing in after this.” Cliff confirmed it probably over the last week or so of touring. He said, “No, I’m done.” We talked a few times, Cliff and I, in various bars in various hotels. I remember meeting Cliff when he was in a band called Home, a British band. I was in Manfred Mann’s Earth Band and we played the same gig. We were both on the bill. I knew him from way back in the Seventies. He didn’t want to go on the road anymore. He wanted to go fishing with his son, who’s a professional fisherman. It was like that.”

The tour ended in Philadelphia. Did you think that night, “This could be the last-ever AC/DC show?

“I never thought that, actually. Never thought that because whatever happens, Angus will want to continue. He’s 65 and he’s still got all the energy that he needs. He still plays the same. Why wouldn’t he, no matter who is in the band? Stevie [Young] was in the band, completely different, but he did a great job covering, if that’s the right word, for Malcolm. By the way, Malcolm was a genius rhythm guitarist. Absolutely genius. Don’t forget, I’ve worked with a few,” Chris Slade said.

There were rumors at the end of the tour that Angus was going to go into the studio with Axl to make a new AC/DC record. Did you hear anything about that?

“No. Not to my knowledge. That is where my actual knowledge ends, actually, with the end of the Rock or Bust tour,” Chris Slade said.

Katrina, from Katrina & The Waves releases new song “Drive”
Mike Portnoy reveals the 10 drummers that changed his life
To Top