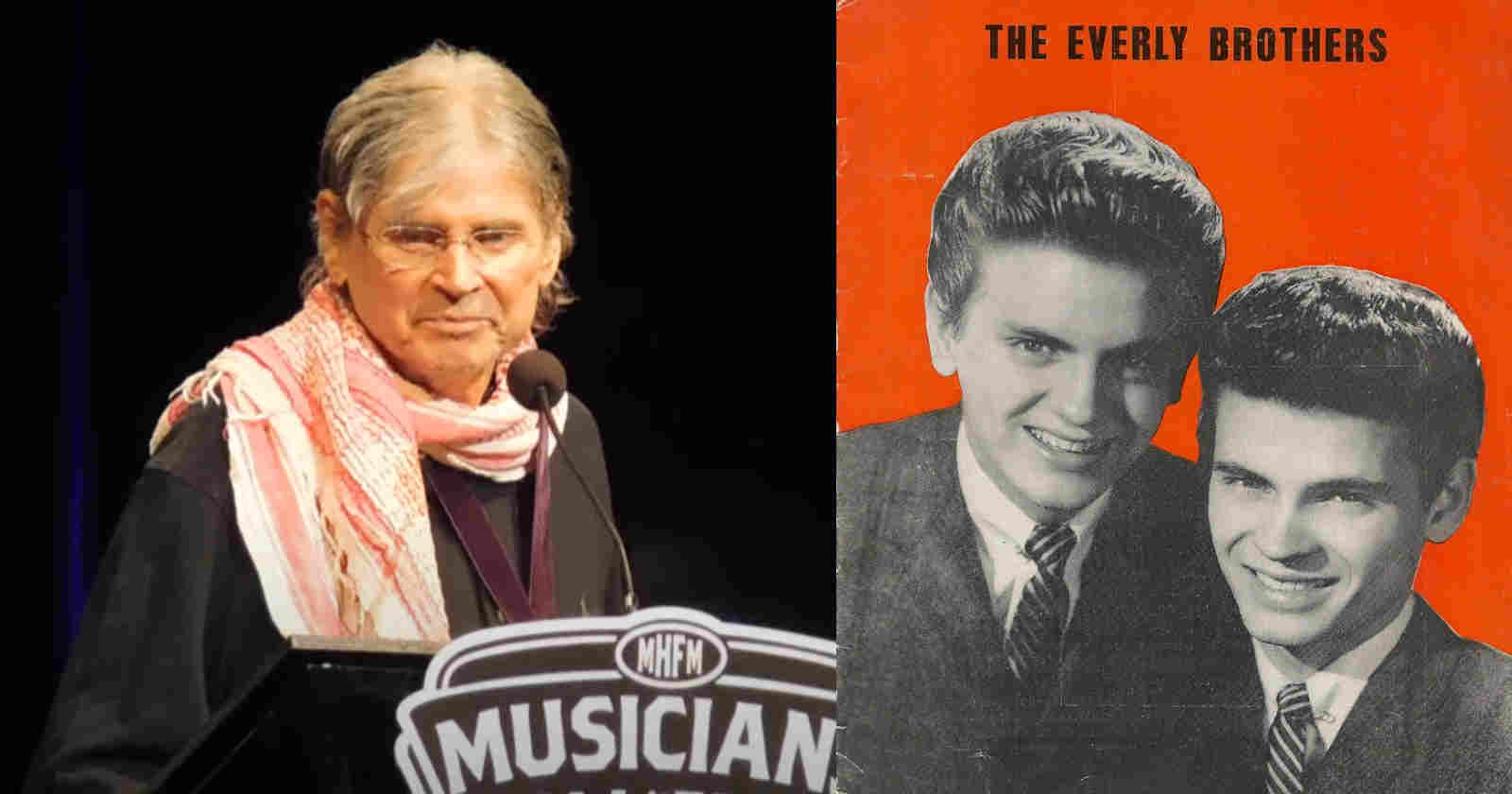 Don Everly, the surviving member of The Everly Brothers died last August 21 at the age of 84 of unspecified causes in Nashville, where he lived. In an statement for The Los Angeles Times, his family said: “Don lived by what he felt in his heart. Don expressed his appreciation for the ability to live his dreams … with his soulmate and wife, Adela, and sharing the music that made him an Everly Brother.”

Consisting of Isaac Donald “Don” Everly (February 1, 1937 – August 21, 2021) and Phillip “Phil” Everly (January 19, 1939 – January 3, 2014), the duo was raised in a musical family, first appearing on radio singing along with their father Ike Everly and mother Margaret Everly as “The Everly Family” in the 1940s. When the brothers were still in high school, they gained the attention of prominent Nashville musicians like Chet Atkins, who began to promote them for national attention.

They began writing and recording their own music in 1956, and their first hit song came in 1957, with “Bye Bye Love”, written by Felice and Boudleaux Bryant. The song hit No. 1 in the spring of 1957, and additional hits would follow through 1958. Many of them written by the Bryants, including “Wake Up Little Susie”, “All I Have to Do Is Dream”, and “Problems”. In 1960, they signed with the major label Warner Bros. Records and recorded “Cathy’s Clown”, written by the brothers themselves, which was their biggest selling single. The brothers enlisted in the United States Marine Corps Reserve in 1961, and their output dropped off, though additional hit singles continued through 1962, with “That’s Old Fashioned (That’s the Way Love Should Be)” being their last top-10 hit.

Long-simmering disputes with Wesley Rose, the CEO of Acuff-Rose Music, which managed the group, a growing drug usage in the 1960s, as well as changing tastes in popular music, led to the group’s decline in popularity in its native U.S., though the brothers continued to release hit singles in the U.K. and Canada, and had many highly successful tours throughout the 1960s. In the early 1970s, the brothers began releasing solo recordings, and in 1973 they officially broke up. Starting in 1983, the brothers got back together, and would continue to perform periodically until Phil’s death in 2014. Don died seven years later.