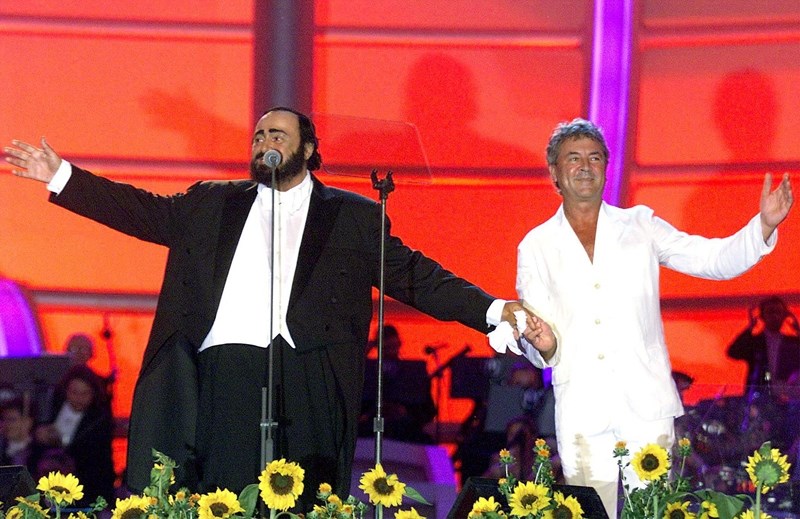 After Little Richard died, you posted a really touching tribute on your website. Does the death of people you look up to affect you?

“I’ve got a little rule in my life, that I wrote about Jon Lord in the song Above And Beyond: ‘Souls having touched are forever entwined.’ So this physical departure, it wasn’t so emotional. It was: “Thank God they’re still with me.” I don’t cry very often, though I did when Pavarotti died. I was close to him.”

“Yeah. I sang with him twice and got to know him fairly well. He was a regular bloke. He called me at home before the first time we sang, and said: [adopts Italian accent] “So we sing a song together. What shall we sing? Child In Time?” I went: “Thanks, but not really. How about Nessun Dorma?” It went quiet on the phone. And then he went: “Nessun Dorma? You wanna sing Nessun Dorma? With me? You fucking crazy!” He wanted to be a pop star. That was behind everything he thought of. He wanted us to make a record together of covers.”

Wow. How far did you get? Did you draw up a selection of songs to cover?

“No. It was just in conversation. I don’t think it would have been a good idea.”

Luciano Pavarotti Cavaliere was born in October 12, 1935 and died September 6, 2007. He was an Italian operatic tenor who during the late part of his career crossed over into popular music, eventually becoming one of the most acclaimed and loved tenors of all times.

He made numerous recordings of complete operas and individual arias, gaining worldwide fame for the quality of his tone, and eventually established himself as one of the finest tenors of the 20th century, achieving the honorific title “King of the High Cs”