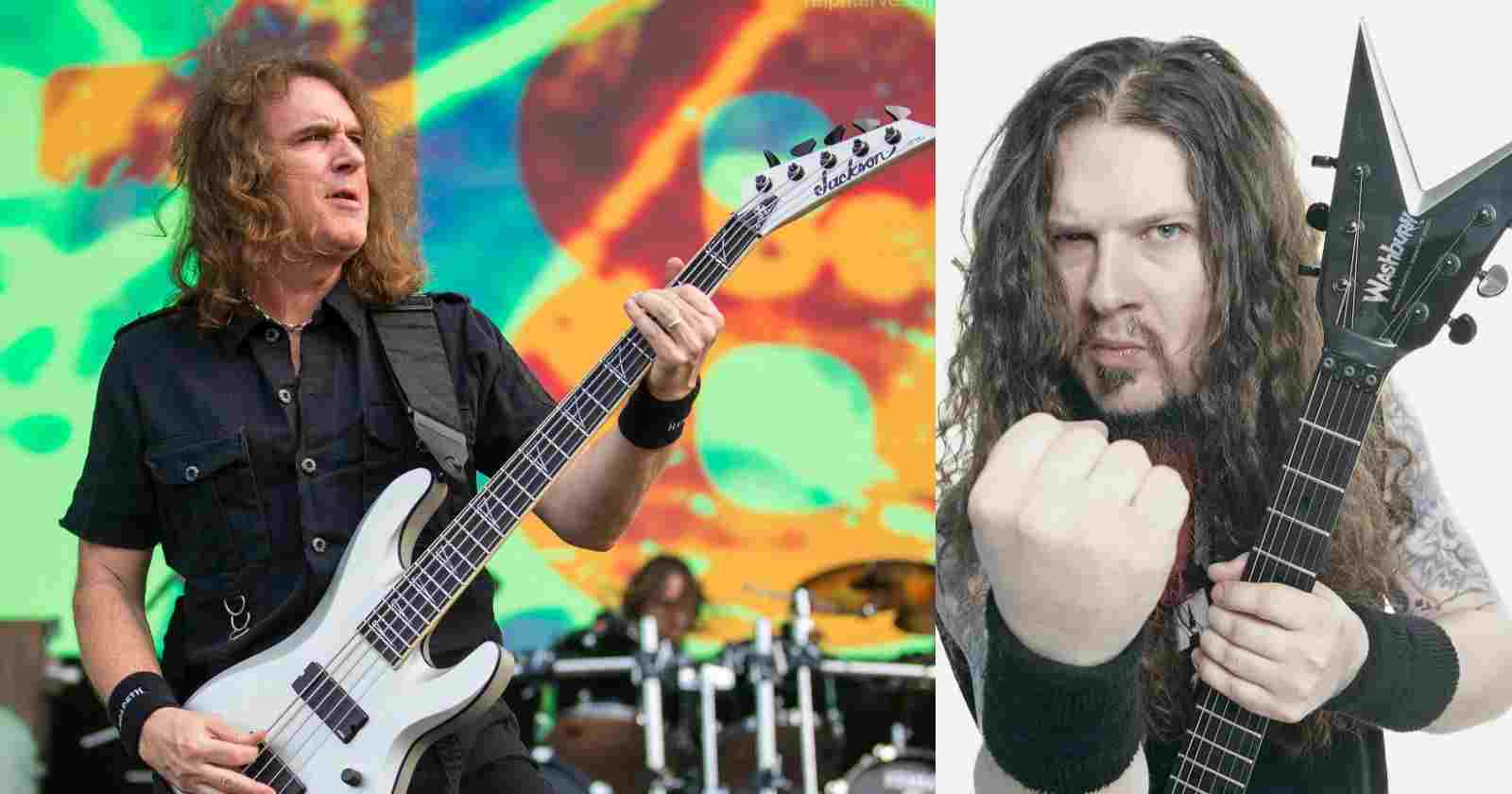 Megadeth bassist David Ellefson recalled in an interview with Drag the Waters when Dimebag Darrell was invited to join Megadeth. He also remembered the first time that he meet Pantera and talked with them.

“The first time that I remember meeting Pantera, I was dating a girl named Charlie and she was from the Fort Worth area… She took me down to meet her parents – and this was in 1988. She knew the Pantera guys of course I knew of them; I’d seen them in the magazines and I knew ‘Diamond’ Darrell as he was called. This was pre-Dimebag Darrell, he was a budding guitar star.”

“I mean, he was everywhere; and so I got to meet the guys. We went out drinking one night and they can drink, I can tell you that much… I had a great time hanging with them. [Singer] Phil Anselmo had just joined the band. In fact, the record that was out then was the [1988] ‘Power Metal’ record, which if you listen to that was probably a bit of a combination of Van Halen meets Metallica.”

“It was not really anywhere near what [1990’s] ‘Cowboys From Hell’ was… I mean, ‘Cowboys’ was a whole major step forward for them. I would go the next night to go see him play. They invited me up and we played [Megadeth’s 1986 classic] ‘Peace Sells’ together.”

“And again, boy, those guys could drink and fucking play their asses off. And they played great. I mean… we at Megadeth didn’t sound that good when we drank that much. You know, I admired how much they could hold their liquor.”

But yeah, I remember Dime. You know, the night before, when we were just hanging out, he came up to me at the end of the night, right as I was walking to the car – he comes up he goes, ‘Man, the ‘Peace Sells’ album changed my life.’ And I was like, “Really?” and he really wanted to make it a point to tell me that… it was a cool moment.”

“So another year goes by – well, actually, only a few months go by – and Megadeth is going through a lineup change. We were looking for a guitar player. And we’d reached out. It was me, Dave, and [drummer] Chuck Behler in Megadeth. And so we reached out to Dime.”

“And again, it’s still Diamond, Darrell. But I told Dave about Darrell; I said, ‘You know, I met the guy and jammed with him. He’s – he’s fucking amazing.’ And so we reached out to him.He just said – he goes, ‘Well, with me comes my brother [Pantera drummer Vinnie Paul].’ And you know, at that time, we had Chuck Behler in the band, so it didn’t make sense.”

“So that didn’t move forward. He was very thankful for the call… Life moves on for both of us. And I remember – Dave and I are flying around and we’re doing promo for the ‘Rust in Peace’ record in 1990, and I remember through Concrete Marketing – Walter O’Brien was managing Pantera at the time and we got an advanced copy of ‘Cowboys From Hell.'”

“And I remember Dave calling it ‘Pantallica’ because it’s very much heavier, kind of Metallica sound to it – but the songwriting stepped up. I mean, it just obviously went to a whole new level. And most people kind of know Pantera from ‘Cowboys From Hell’ onward.”

“They don’t really know about ‘Power Metal,’ and probably those earlier records. And it was interesting with Walter O’Brien because Walter O’Brien worked at Combat Records when Megadeth signed to Combat in 1984. So we’d already had kind of the history with Walter for six-seven years.”

“So for his name to come up and now managing Pantera, you could really feel that Pantera was making this step up into the big leagues, you know, they were there, and then they’re on Atco. And so they’re making the big major label stuff. Two years later, they were opening for us when we launched the [1992] ‘Countdown to Extinction’ record and for them was ‘Vulgar Display of Power.’ Dave and Phil were on the cover of a lot of magazines.”