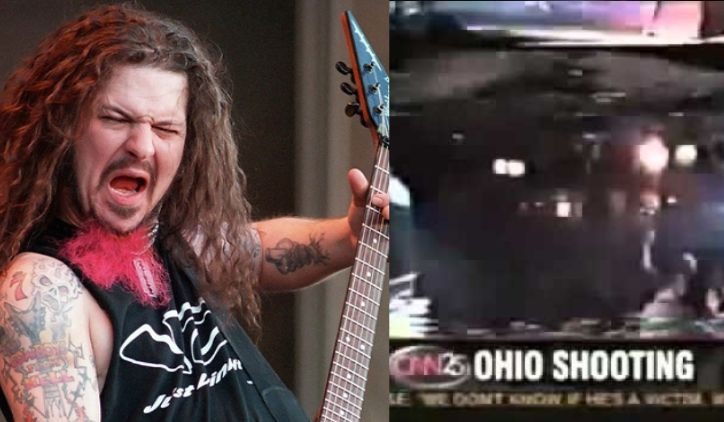 The legendary Pantera guitarist Dimebag Darrell was killed in died at the age of 38 at a Damageplan show in Columbus, Ohio back in 2004.

The deranged fan, Nathan Gale, rushed onto the stage as the band played the first song of its setlist, and shot Abbott multiple times with a Beretta 92FS, a 9mm semi-automatic pistol. The band’s head of security, Jeffrey “Mayhem” Thompson, then tackled Gale, but was fatally shot in the ensuing struggle.

A fan, Nathan Bray, was also killed as he attempted to aid Abbott and Thompson, as was Erin Halk, an employee of the venue who tried to disarm Gale while he was reloading. Three others were wounded before Columbus police officer James Niggemeyer entered the club and shot Gale once in the head with a 12-gauge Remington Model 870, killing him.

See the news report at the time:

Dimebag was one of the most important names in the 90’s Heavy Metal scene and inspired a whole generation of new players and bands that came after Pantera.