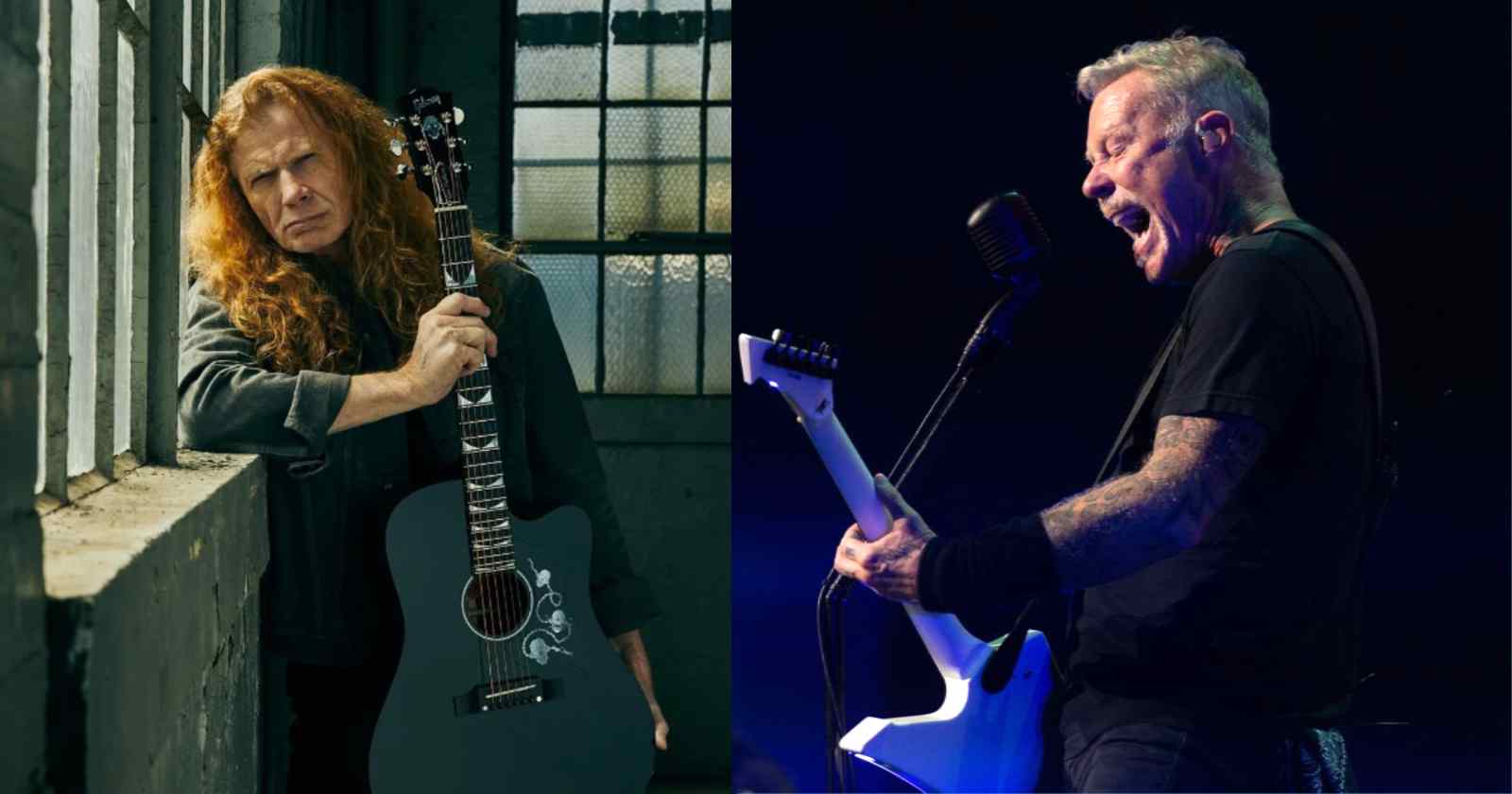 The Megadeth leader, guitarist and vocalist Dave Mustaine, who was previously a member of Metallica, explained in an interview with Guitar the reason why a project with Metallica’s frotnman James Hetfield is unlikely to happen. The musician had talked about the possibility of working again with his ex-bandmate in the previous months but he said that they didn’t agree on the publishing discrepancy in some old Metallica tracks and they haven’t talked to each other since.

Mustaine was a member of the band from 1981 until 1983, being fired before they released their debut album. Even though he was replaced by Kirk Hammett, many of his guitar riffs still appeared on the band’s first album and on their second work “Ride The Lightning”.

“There’s three sides to every story, right. There’s my side, there would be the other person’s side, and then there would be the truth which is somewhere right in the middle. You know, oddly enough that was one of the last conversations I ever had with James Hetfield because we were talking about getting back together and doing a project.”

“Something had come up about the publishing discrepancy that we have been arguing about for years and years and years. I told James, ‘I’ll do it. But we’ve got to get this stuff sorted out first’. And he said, ‘Oh yeah, sure’.”

“So I said, ‘Now these two songs you and me split, 50/50. Lars didn’t write on this song – you know that. I don’t know why you gave him percentages but I’m not. I’m not going to sign another deal that’s gonna confirm that because I never agreed to that’.”

“And James said, ‘Well, Lars has a different recollection of that.’ I said that’s fine; there’s his side of the story, my side and the truth is somewhere. And that blew his mind, and we haven’t talked since. You know, I was trying to be really friendly with him. He told me that the last three projects they did bombed. They wanted to go back and use all the stuff that I was on, and I said sure. As soon as I said that ‘three stories’ bit, it was over!” Dave Mustaine said.

Megadeth was formed in 1983 by Dave Mustaine after he was fired from Metallica. The band released in 2022 their sixteenth studio album called “The Sick, the Dying… and the Dead!” Besides Mustaine, the band is currently formed by Kiko Loureiro (Guitar), Dirk Verbeuren (Drums) and James LoMenzo (Bass).