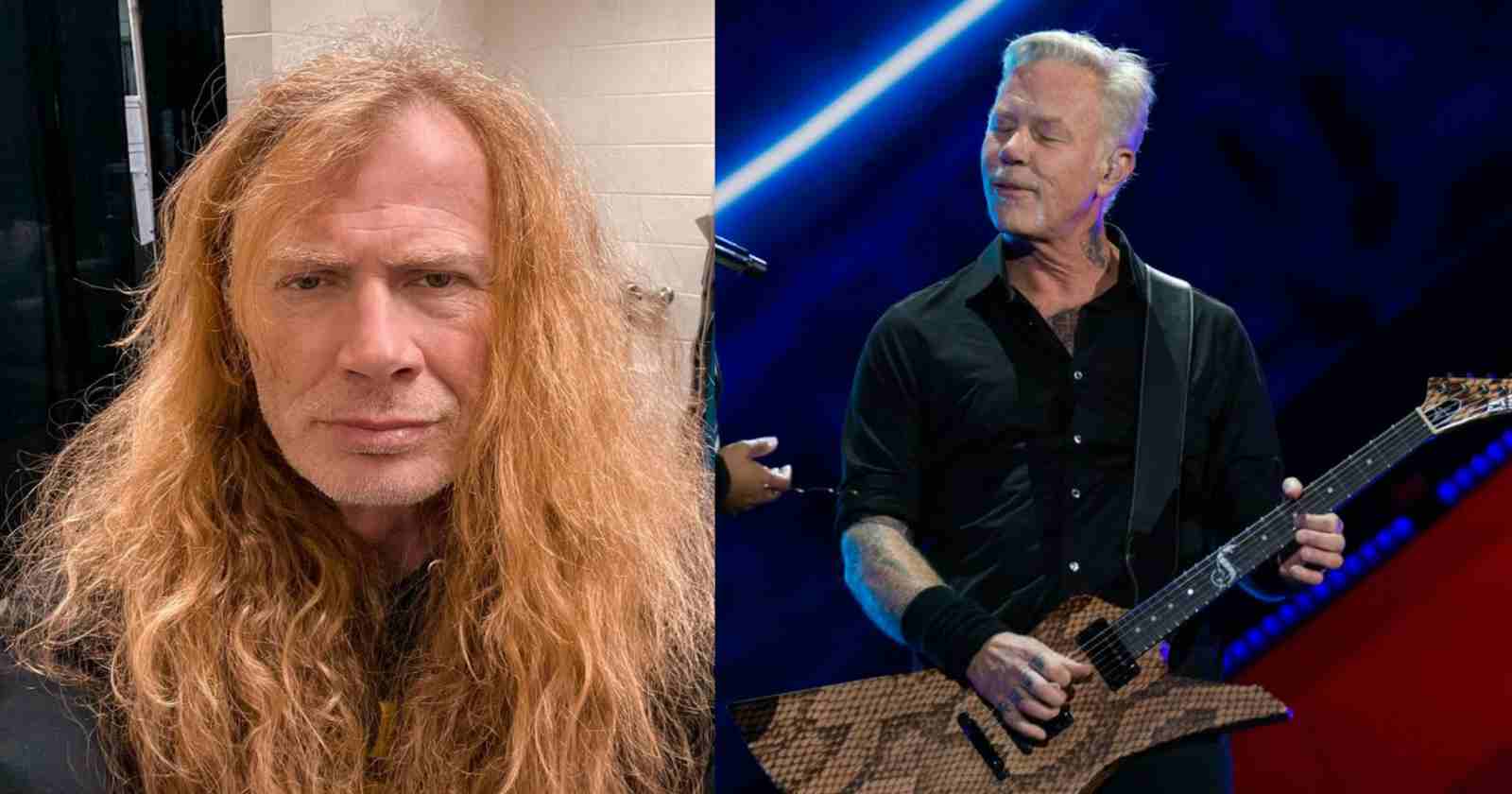 The singer and guitarist Dave Mustaine said in an interview with VW Music that he would like to write again with the Metallica vocalist and guitarist James Hetfield. Mustaine was fired from Metallica in 1983 and they never composed nothing together again. However, Mustaine compositions were used by Metallica on their two first albums.

When talking about his longevity in music, Mustaine said: Well, I have to think that my longevity might just be stubbornness. I have been secretly hoping there’d be a day where James (Hetfield) and I can write together again.”

“I think the world really does want us to do that, and I think there is a pretty good possibility of it happening down the line. (Also) I do think that it’s possible that one day James is going to come around and that he and I are going to be able to do something together again. I guess that’s one of the things that has always kept me pushing forward. I think it’d be good for Megadeth, and it could be great for Metallica too.”

“One of the other things, as far as longevity is concerned, is that some people have called me a “perpetual badass.” I remember the first time I heard that, and I thought, “Wow, that sounds like a Kid Rock album title.” [Laughs].”

“But I understand it because when you’re not willing to give up. That’s when a lot of people can start to draw strength from you. And there have been many of my friends who are tough guys, too. But occasionally, they need somebody they can turn to. These are tough, independent guys, but they’ll say, “Dave, I need some advice,” or, “I need someone to give me a hand here.” And the thing is – and a lot of people get this wrong – there’s nothing wrong with that; I do that all the time,” Dave Mustaine said.

Last September Megadeth released their praised new album “The Sick, The Dying and The Dead” that have 12 original tracks and two additional covers from Sammy Hagar and Dead Kennedys.