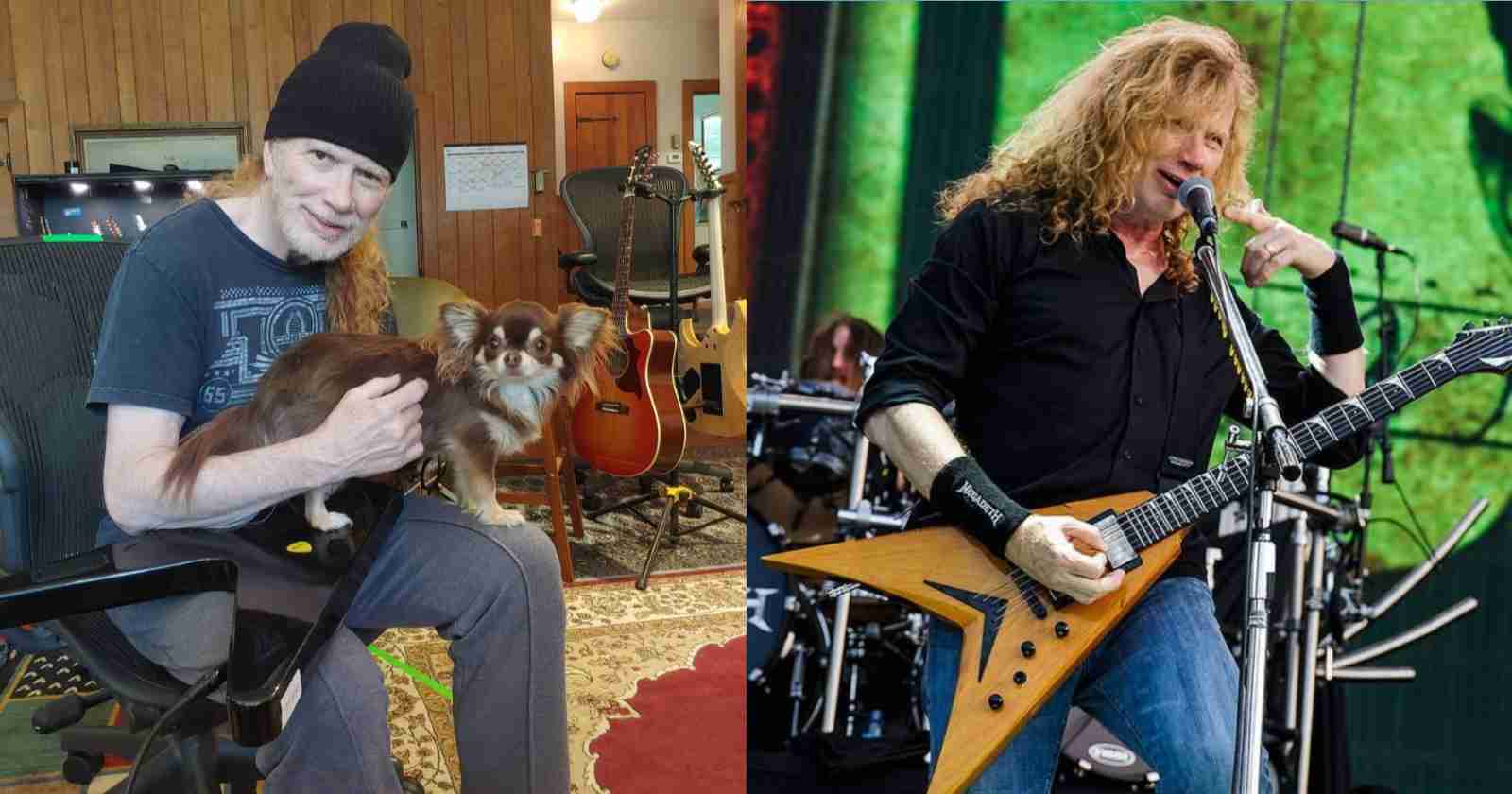 Megadeth leader, guitarist and singer Dave Mustaine sells personalized videos for fans via the plataform Cameo and they can answer fans questions while recording. A fan named Nick asked Mustaine what were his favorite solos and the musician revealed them as reported by Blabbermouth.

“It’s kind of hard to say, because there’s certain solos that have a great payoff, but we haven’t played ’em live for so long, I’ve forgotten so many of them — two hundred songs and all of the solos and stuff. Out of the songs that we play live that I’m really familiar with, the solos that we play that we like, I like ‘The Threat Is Real’. I love ‘Holy Wars’. ‘Wake Up Dead’ is a great solo for me to play too; I really like that. That was one of my first really big solos that got everybody interested in Megadeth. That and ‘[In My] Darkest Hour’ too.

“I will be showing people here at Cameo how to do those solos — piece by piece, little bit at a time, so that it’s not too much for anybody to handle,” he added. “I don’t really give guitar lessons, so this isn’t a structured kind of format for lessons or anything like that. So I hope if I do this, and I hope if you do it with me that we’ll have fun together. If not, just say it’s somebody from another band.”

“The Threat Is Real”

The song is part of the acclaimed 2016 album “Dystopia” that gave Megadeth they first Grammy Award for “Best Metal Performance”. It also was the first one to feature Brazilian guitarist Kiko Loureiro (Ex-Angra) who replaced Chris Broderick.

Besides Kiko and Mustaine the album also had bassist David Ellefson, fired from the band in 2021 and drummer Chris Adler that was on the band only during the album recording.

Holy Wars is the opening track of the classic 1990 Megadeth album “Rust In Peace” that had the classic formation of the band with Mustaine, Ellefson, drummer Nick Menza and guitarist Marty Friedman.

The lyrics deal with global religious conflict, particularly in Israel and Northern Ireland.

Released in the 1986 album “Peace Sells… But Who’s Buying?”, “Wake Up Dead” is another classic of the group.

lyrics which describe a man who has been cheating on his wife or girlfriend and is sneaking into his house, knowing that if his wife finds out about his other lover, she will kill him. Mustaine said that “Wake Up Dead” was written about him cheating on a girl with whom he was living with. He stayed with her because he was homeless at the time and needed a place to stay. Unfortunately, he was in love with another girl and thought the one he lived with would be mad because he was cheating on her. He had to leave her because he thought she had intentions to kill him.

“In My Darkest Hour”

From the 1988 album “So Far, So Good… So What!”, “In My Darkest Hour” contains emotional lyrics which deal with loneliness and isolation. Dave Mustaine revealed that he tried to write about subject matters that were in touch with reality, including social issues and taboo topics in the album.