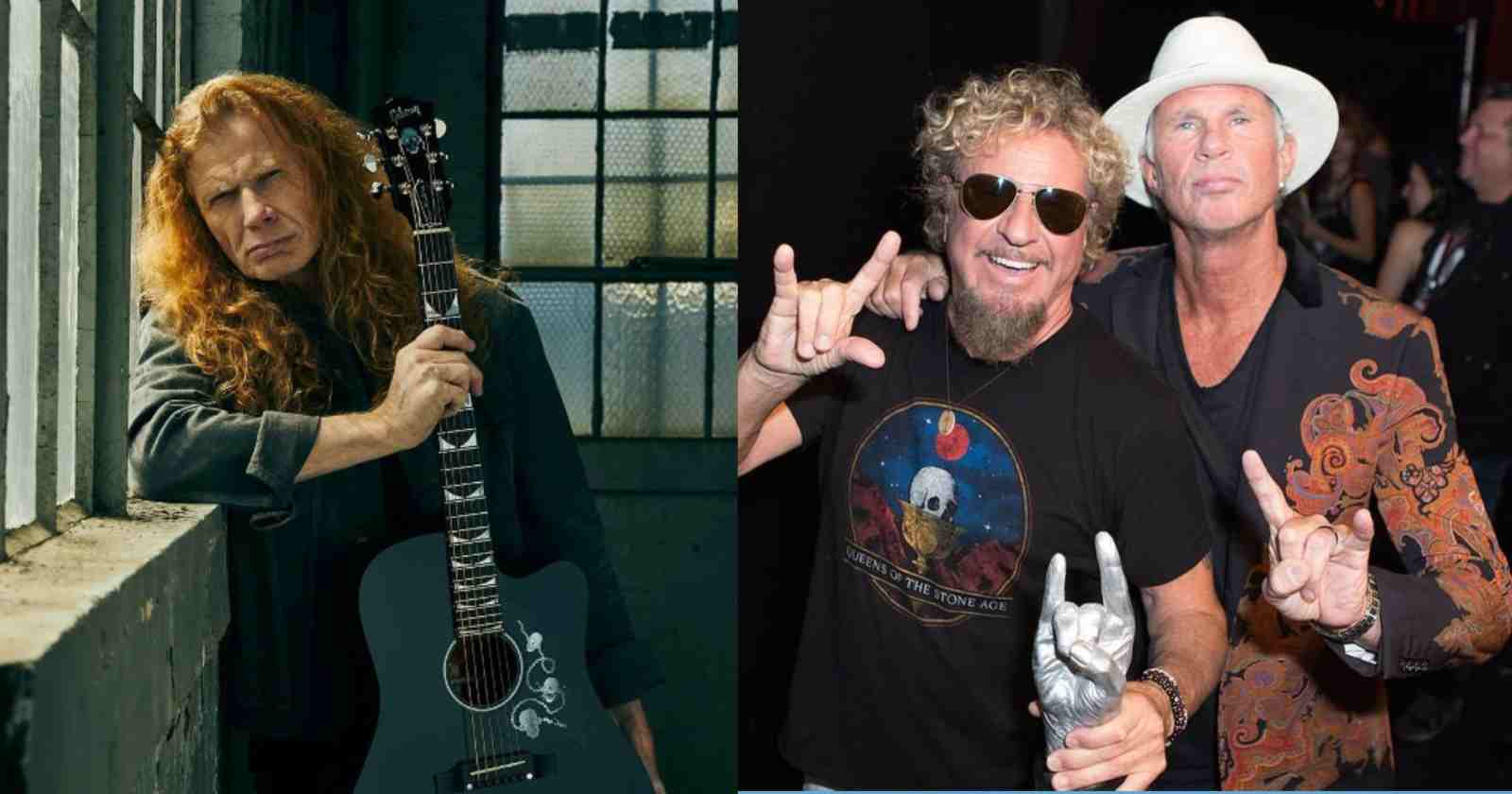 Megadeth will release their new album “The Sick, The Dying and The Dead” next September 2 and one of the special bonus tracks is a cover of Sammy Hagar‘s “This Planet’s on Fire (Burn In Hell)”. The band’s leader Dave Mustaine explained in an interivew with Full Metal Jackie (Transcribed by Ultimate Classic Rock) why he chose the song and how Sammy himself ended up singing on the track. Mustaine recalled he is a big fan of the Red Rock’s singing and guitar playing ever since he was part of Montrose.

“A lot of people didn’t know Sammy before he did his time in Van Halen. I know him from back when he played in Montrose and, after that, in his solo career. I never really was convinced with the Van Halen tracks because I’d heard Sammy sing on Montrose, and that man can sing … oh, my God. He was one of my favorite singers, forever and ever. ‘I Got the Fire’ is one of my favorite Montrose songs. It’s such a heavy song; even Iron Maiden covered it. I thought, ‘Wouldn’t it be great to do ‘This Planet’s on Fire’ by Sammy?'”

“I contacted him and asked him, ‘Would you mind singing on it and maybe putting down some guitars? So he came back and said, ‘Sure, I’ll sing on it. I ain’t playing guitar because I heard you two shredders and you just leave the stuff like it is.’ I was really flattered because I think Sammy’s a great guitar player,” Dave Mustaine said.

According to Blabbermouth, the album will also have “Police Truck”, 0riginally recorded by The Dead Kennedys.