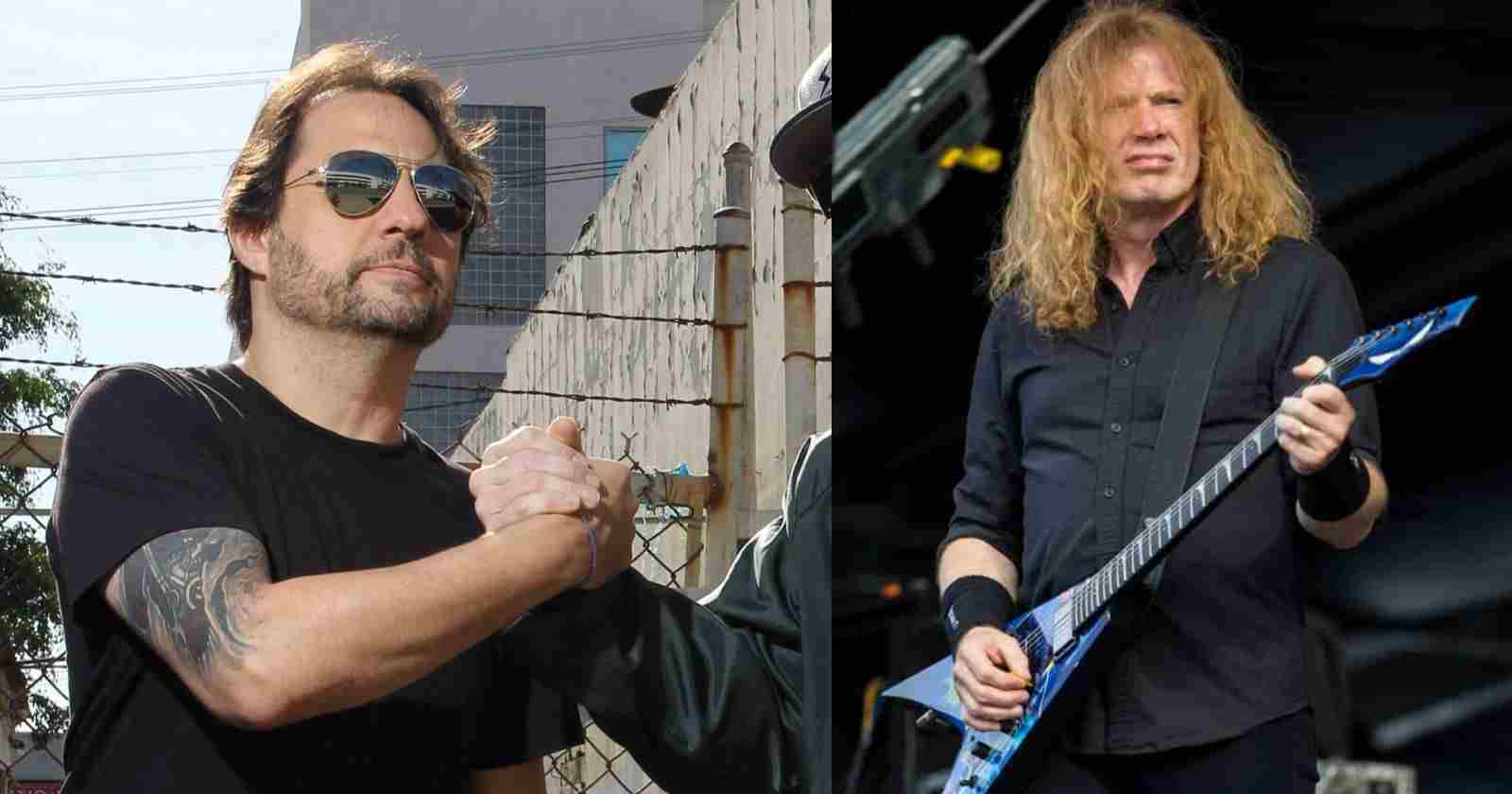 Ex-Slayer drummer Dave Lombardo, that is currently playing with Suicidal Tendencies and other groups, said in an interview with Speak N’ Destroy that he almost joined Megadeth after leaving the Thrash Metal band in 1986.

“A funny story – I was going to join Megadeth when I left Slayer the first time in ’86. It was very much on the down-low – probably [Dave] Mustaine doesn’t remember this. But they had opened up for Alice Cooper during the [1986’s] ‘Peace Sells’ tour. I went to the Long Beach Arena, and I met with the guys.”

“The main issue at that time was – when I saw the guys, they didn’t look very healthy. I think it was a very dark period for them. And I had heard rumors of drugs and stuff like that. I was no saint, but I kept it in check. They just didn’t look healthy to me, I didn’t see a healthy path for myself.”

“Sure enough, [Megadeth drummer at the time] Gar Samuelson died [in 1999, aged 41] – and he was an amazing drummer. Megadeth and Slayer played many times together, and so yeah, I just didn’t see things go well, and then I, of course, rethought my position, and with a little bit of coercion from [producer] Rick Rubin, I returned [to Slayer].”

The musician also talked about when Slayer became bigger:

“I heard through our ventures and tours, I think we were up in the northeast, and somebody had come to the show and said, ‘Hey, the major label Columbia Records is interested in you guys.’ And I don’t know at that moment where the conversation went, but when we got home I remember asking Kerry [King, guitar], ‘What do you think we should do about this?'”

“He said, ‘Well, we’re already signed to Metal Blade and we really can’t get out of the contract.’ You know, I had heard through the years, ‘Contracts are made to be broken’. Or you can renegotiate of whatever.”

“And so at that time I felt, I’m the kind of guy who’ll leave no stone unturned and pursue it. Something crosses your path – don’t just let it sit there; see what goes on, and what comes out of it. I called up Columbia Records in New York. I believe it was all behind the guys back in the band, I just went out, I called Columbia Records and I asked them. Then I told them I needed to speak to a gentleman named Rick Rubin.”

“So I told him who I was, and they put me on hold for I don’t know how long. They said, ‘Rick Rubin isn’t at his office, here’s the number where you can reach him.’ So they gave me his New York city number, they were on Elizabeth Street in New York City. I called and had a brief conversation with him and iterated what he said. Which is, ‘I’d like to come to talk to you guys and see what you guys are doing, and just hang out with you guys.’

“I agreed, and I told the guys – they agreed – and Rick Rubin came over to my mom and dad’s house in Southgate with Glen Friedman. They showed up and they followed me to Tom Araya’s house and garage. We sat there, we played before them and discussed the future and history went on.”

“That was right there in ’85 where I think Rubin became – at least to me – like a major influence. Even though he was a producer, he was always for the tracking of drums and pre-production, and he would work with me.”

“He would ask me, ‘Hey, try this beat there. Try this here. Can you create a drum roll to lead into this next part?’ He really opened my mind to the creative aspect of structuring music and just all that – it was fascinating.”

“And I still take a lot of that influence with me everywhere I go. He was instrumental, I think, in my drumming evolution, “I have a lot to thank him for. Even today, how diverse he is in the projects that he takes on, that has inspired me to take on unique and different, stepping outside of my comfort zone.”