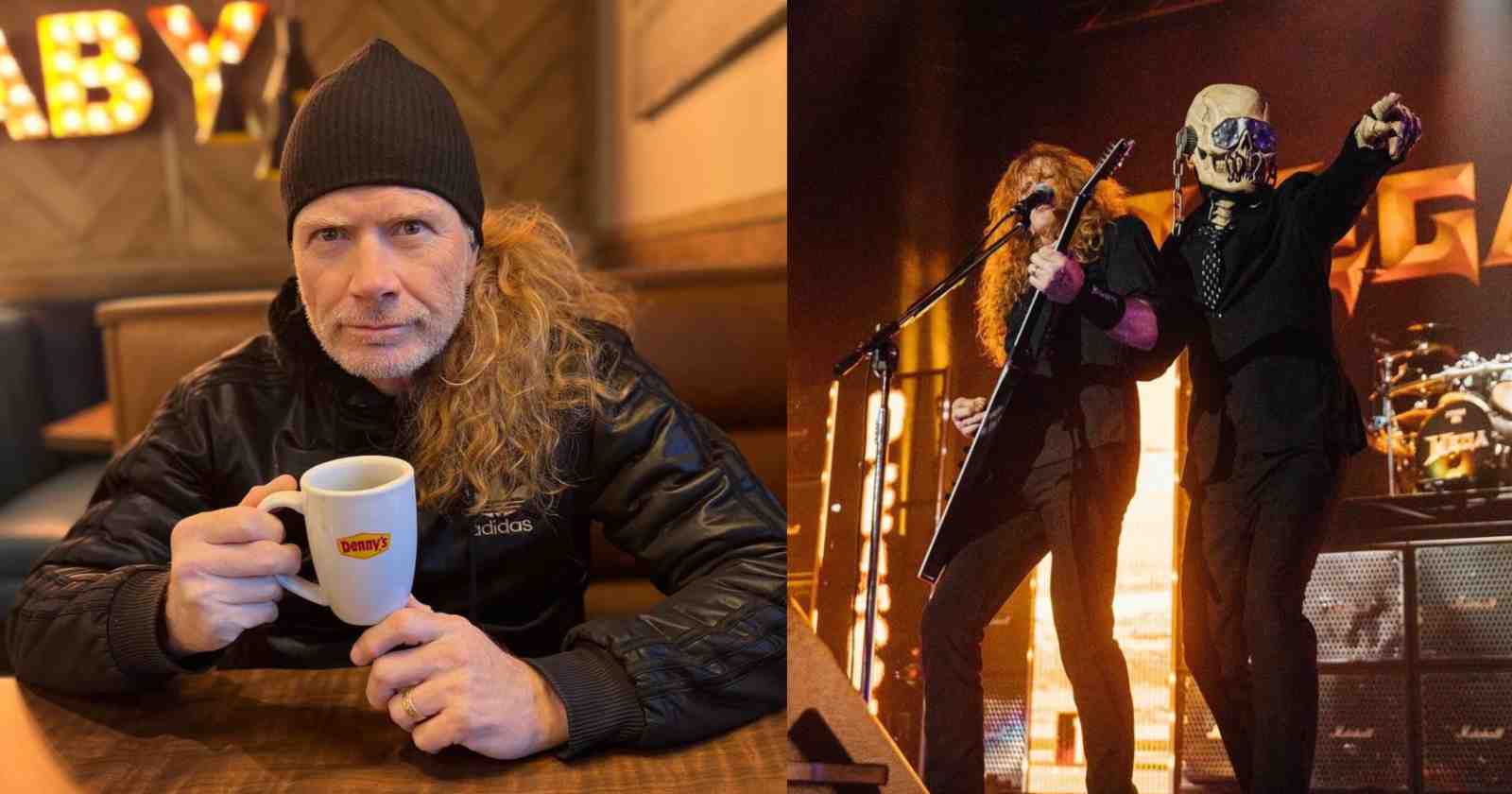 The legendary Megadeth vocalist and guitarist Dave Mustaine criticized in an interview with Kerrang! radio (Transcribed by Blabbermouth), bands that use pre-recorded tracks during live concerts. The musician said that his group never did that and everything he sings is real. He also said that there was “one big band” that he said he couldn’t remember which one it was, that was caught using those pre-recorded tracks recently. The musician was apparently talking about Kiss, that was caught using recorded tracks during their recent concert in Belgium.

“I’ve always done the background singing on the records until — maybe about 10 years ago. (When) we started having another person come in and help supplement the vocals because it’s just not my bag to be singing stuff that I’m not gonna sing live. I sing when I sing live on the records as much as I can.”

“I don’t think there’s anything wrong with using supplements for songs and other sounds and stuff like that if you can’t play ’em live. If you can play it live and you’re being fucking lazy and you’re seeing whatever just happened a couple of days ago with one of those big bands. The singer… the tape started and the drummer wasn’t playing or something. You probably heard about that. I can’t remember who it was.”

“We don’t have vocals that are canned. Usually what we have is a MIDI click track that runs all of our lights and switches all of our solos and stuff,” Dave Mustaine said.

Megadeth recently released “We’ll Be Back”, the first single of their upcoming 16th studio album “The Sick, The Dying and The Dead” that will be out next September 2. According to Blabbermouth, the album will also have two covers: “Police Truck”, 0riginally recorded by The Dead Kennedys and “This Planet’s On Fire (Burn In Hell),” originally recorded by Sammy Hagar, who re-recorded the song with Megadeth for the album.

The album was recorded at Dave Mustaine’s home in Nashville, Tennessee and was produced by Mustaine and Chris Rakestraw (Danzig, Parkway Drive), who had already produced the band’s 2016 album “Dystopia”. That record gave Megadeth their first Grammy Award.