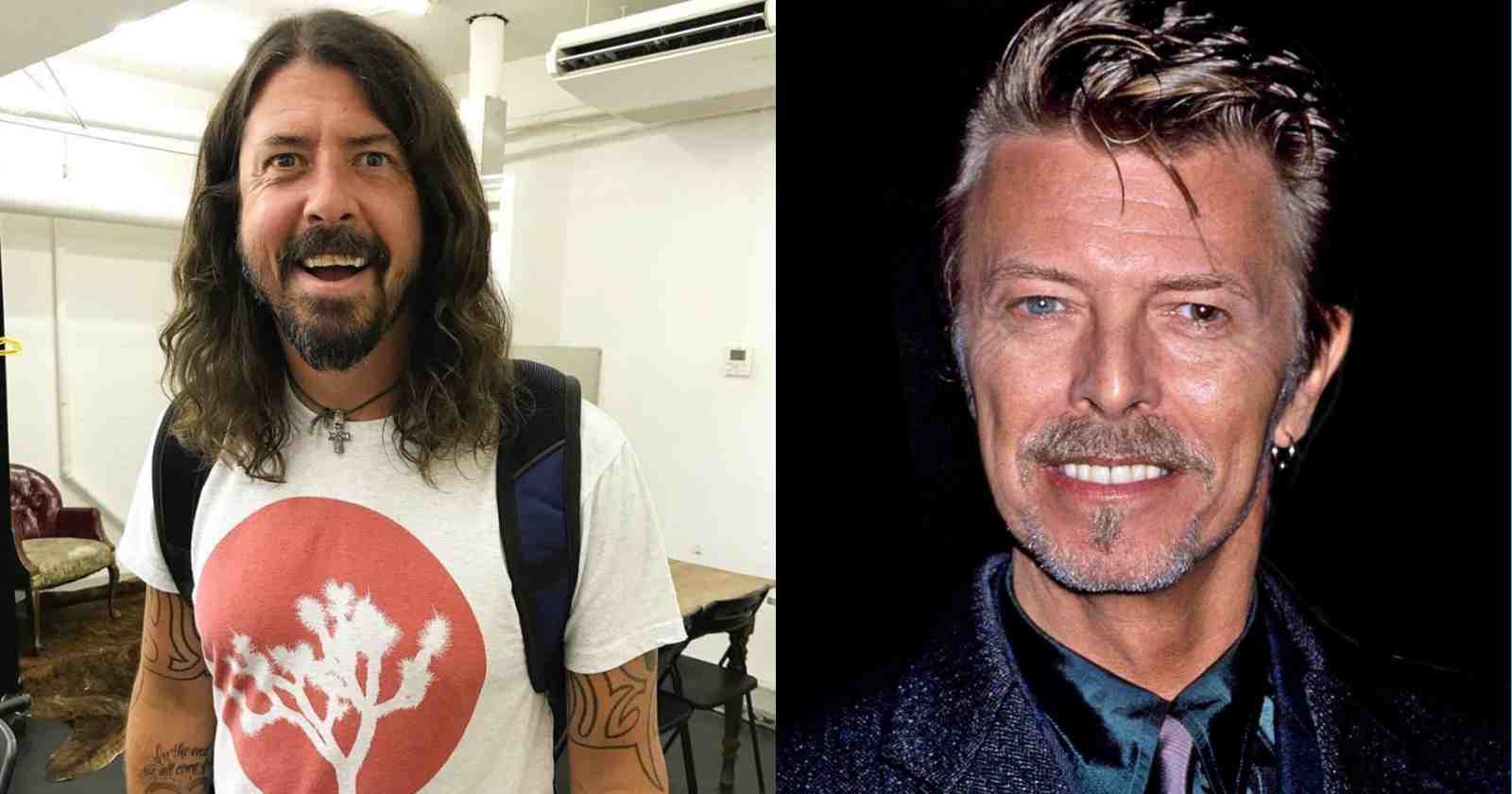 Foo Fighters leader Dave Grohl recalled in an interview with ABC News (Transcribed by Ultimate Guitar) how he reacted when he first met the late legendary British musician David Bowie face to face. One of the best-selling artists of all time, Bowie sold more than 100 million records worlwide. He died back in 2016 at the age of 69 victim of liver cancer.

“Oh, my God. Well, you know, I remember the first time I saw David Bowie in person was at a festival in England that he was headlining, we were lower down on the bill. And I stood in the photo pit and looked at him and it was like seeing an alien. You know, it was like seeing a UFO for the first time, like, ‘Oh, my God, it’s real’. That’s, something I’ve never seen before.

“And then getting to meet him – all of that feeling coming down to Earth, realizing, ‘Oh, my God, what a gentleman! What a brilliant, sweet, kind, outrageously funny person!’ And then I recorded a song with him. This [was] years ago, and watching him step in front of a microphone and begin to sing and you realize, ‘Wow, that voice – that’s real, that just comes out of his mouth, that iconic voice!’

“The great thing about it is that it really humanizes everything. We’re like, ‘Wow, that’s a real person.’ It’s reassuring, but at the same time, you’re like, ‘That’s a hero.’ That’s not just another person. That’s David Bowie.”

The song that Grohl recorded with David Bowie

Dave Grohl played guitar on “I’ve Been Waiting For You”, track that also had Neil Young and was released on the 2002 David Bowie album “Heathen”. The record was considered a David Bowie comeback to the American market because it became his highest charting album (Number 14) since “Tonight”, released in 1984. Worlwide the record sold more than 1 million copies.

Other famous musicians that played on other tracks were Dream Theater keyboardist Jordan Rudess and The Who guitarist Pete Townshend.