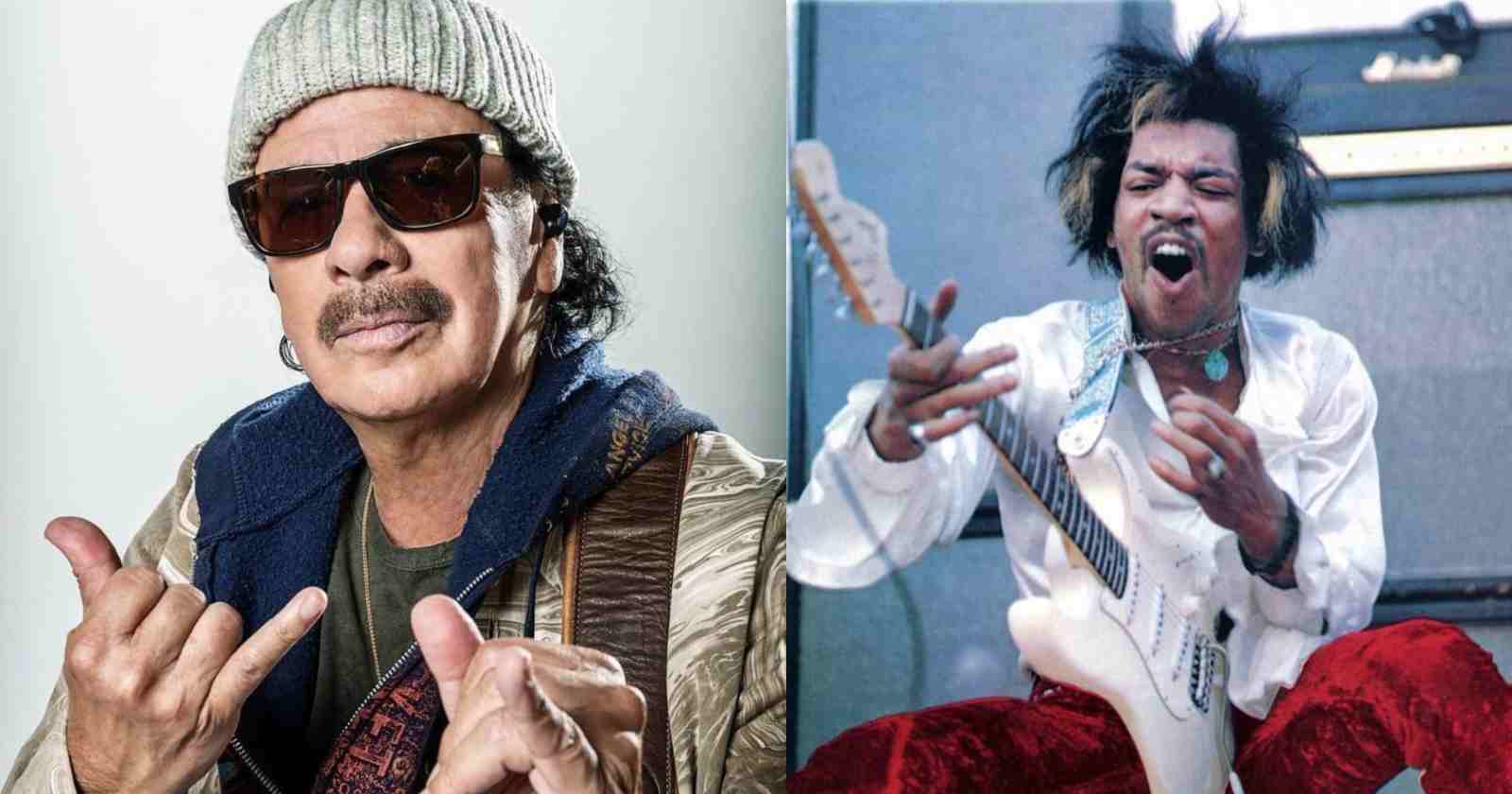 The American guitarist and singer Jimi Hendrix released only three studio albums but they were enough to change the course of Rock and Roll music. His career was cut short after his tragic death in 1970 at the age of 27 but he still is considered by many the best guitarist of all time and many people who were lucky enough to have seen him playing live tell tales about his skills. One of those is the legendary guitarist Carlos Santana who recalled in an interview with Narada in 2022 (Transcribed by Rock and Roll Garage) that once he saw Hendrix playing like he was possessed.

Carlos Santana once saw Hendrix playing like he was possessed

“We both arrived at the studio at the same time. I was with Devin, his lady and he was with another lady (laughs). So he got out of the cab first and he paid my cab. He opened the door and said: ‘Santana, right?’ And I say: ‘Yeah’. He said: ‘I love your choice of notes, man.’ I was like ‘Wow, thank you’. So then we went in and they were cutting a room full of mirrors and his back was against us because he was singing and playing his guitar.”

“I’ve said to Devin: ‘Are you sure you want me to come to the session? Because when I record I don’t like too many people in the studio. I’ts kind like a a private thing for me, you know. She said: ‘Oh, don’t be square, Jimi loves it. He plays as a party, come one.’ So I was watching this and hearing this energy. This energy after a while, what he played was outside of the song and the engineer, which I believe it was Eddie Kramer. They all looked at each other and they said: ‘Uh-oh’, like ‘this has nothing to do with the song anymore’. He was just like (exploding playing) slide guitar, feedback and everything and I was like ‘Whoa’.”

“It was the equivalent of almost watching somebody having an epileptic attack. I was like ‘Whoa, damn’. When he finally turned around to see us, his eyes were red like your shirt and he was foaming at the mouth and he was like… I’m not exaggerating, it was like he was totally possessed. And I’ve seen him play before live. But not up close like that. Not into such intesity that he bypassed the song, you know. When it’s like what he’s playing don’t fit anymore with this track or any track. He went nuclear, atomic, sonic. It messed me up for about a year, in my head, because I couldn’t pin point someone like Jimi or Coltraine.”

“Some people go outside into this absoluteness. I’ve said: ‘Ok, there is no school to teach you that’. For you to ignite yourself like that, you’re literally playing outside your body. Something else is playing you right now, you know. I think that’s why people go to church, because they want that holy ghost to take over you physicallity, you mentality. So I cherish that Jimi at that evening showed me that there is way to manifest the highest and the deepest in such a way that it’s not scales and notes anymore. It’s just a whole other kind of frequency. That’s really what it is, it’s a frequency,” Carlos Santana said.

Jimi Hendrix died on September 18, 1970 at the age of 27, being pronounced dead at 12:45 p.m. The examination concluded that he aspirated his own vomit and died of asphyxia while intoxicated with barbiturates.