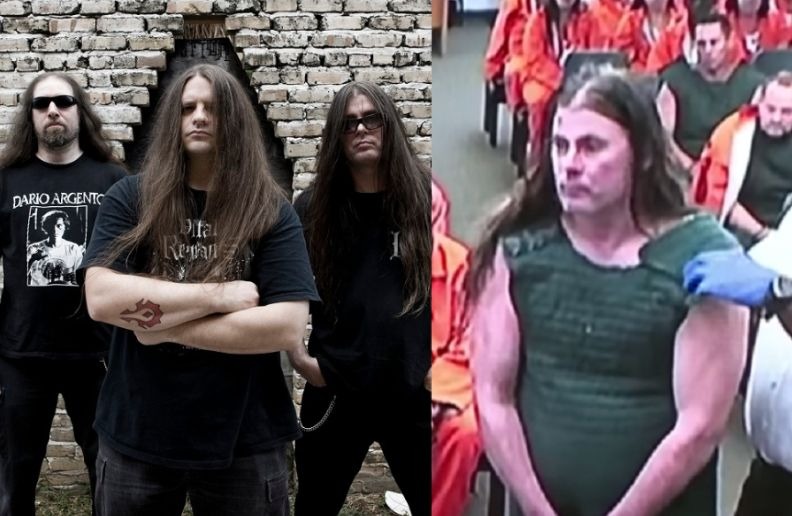 Cannibal Corpse released a statement about the recent arrest of guitarist Pat O’Brien.

O’Brien was accused of stealing and threatening a policeman with a knife. During the incident, the house he was renting caught fire. Neighbors would have said that he had used a flamethrower.

According to the Tampa Bay Times, firefighters found a large amount of guns, safes and explosive devices in the house. The collection included 50 rifles, 10 semi-automatic rifles and 20 pistols.

“As a band and as individuals, we all want nothing but the best for our brother and partner, Pat. While we can offer no further information about the incident, we wanted everyone to know that Pat is getting the help he needs and appreciates the love and support from Cannibal Corpse fans around the world.”

“Pat is currently with family and friends and looks forward to a healthy return at some point. For anyone wondering, all Cannibal Corpse touring will happen as planned and all shows will be played.”

Investigators discovered that Pat not only insisted with the neighbors that something was about to happen, but also a few hours before he had called his parents and said that “the aliens had arrived.” read more here.