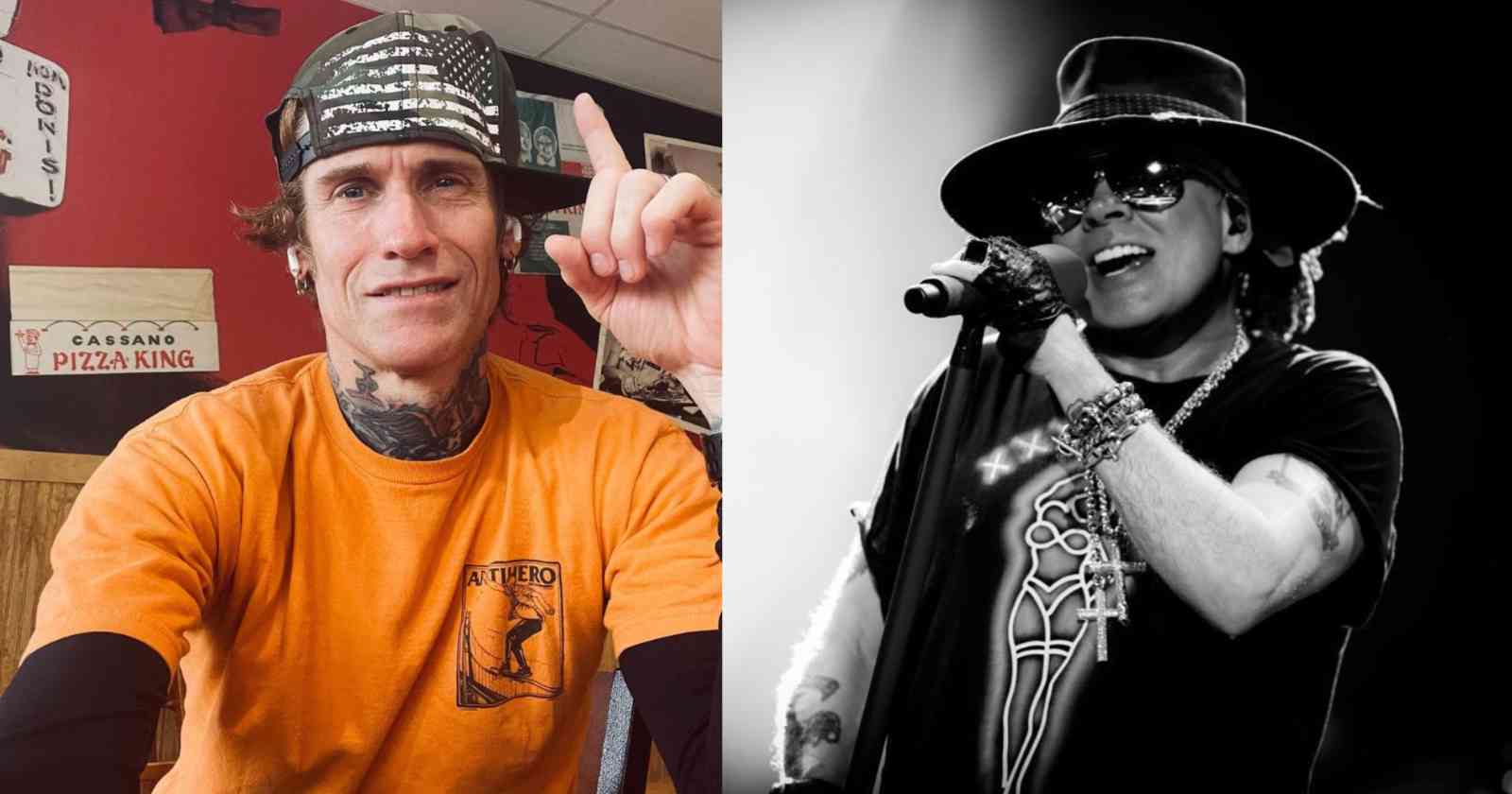 Buckcherry singer Josh Todd recalled in an interview with Appetite For Distortion (Transcribed by Blabbermouth) that when the group opened for Guns N’ Roses back in 2011 they were really looking foward to meet Axl Rose but they only managed to meet him in the final shows and he gave each member of Buckcherry an Ipad as a gift.

“I have always really loved Axl — as a singer, as a frontman. I just really think he’s a really talented guy. And I never got to meet him. I’d been around places where he was close by and I didn’t know about it and I never got to meet him. So, cut to (Buckcherry) did a handful of shows with (Guns N’ Roses in 2011). And still, he’s kind of a mysterious guy — he would always go on never on scheduled time. And at that point, we would always be in a bus, maybe traveling to the next location.”

“Because we’d already left, so we never got an opportunity to link up. So cut to we do a show — I think it was one of the last shows we did with GN’R. And we’re all on the bus after the show. And our tour manager goes, ‘Hey, Axl wants to say hello to you guys. He’s got something for you. You guys can come in the venue.’ And I was, like, ‘What? Yes!’ So we got all our shit together, we go in the venue, and [it was] just the most bizarre experience. We’re in the hallway of some arena. He comes out.”

“He walks towards us. He’s got a bag. It’s plastic bag from Best Buy. He goes, ‘How are you guys doing? I just wanna say it was nice having you guys out.’ And he takes his bag out and he hands all of us an iPad — each of us an iPad — from Best Buy. ‘I just wanna give you guys a gift and tell you how much we appreciate having you out [on tour with us].’ And I was just, like, ‘Are you kidding me? This is amazing.’ I was speechless.”

“It was one of the coolest gestures from one of your heroes that’s ever happened. It wasn’t that we got an iPad. But it was that fucking Axl Rose gave us a fucking iPad. And we took a picture with him. And that was it. He left and walked onstage. And I was just, like, ‘Man, that was, like, fucking amazing.’

Formed in Anaheim, California back in 1995, Buckcherry released two albums albums , Buckcherry (1999) and Time Bomb (2001) before breaking up in 2002. In 2005, lead vocalist Josh Todd and lead guitarist Keith Nelson reformed Buckcherry with a new lineup and released a new album in 2006, 15. It contained Buckcherry’s biggest crossover hits to date, “Crazy Bitch”, and their first Billboard Hot 100 top ten hit, “Sorry”.