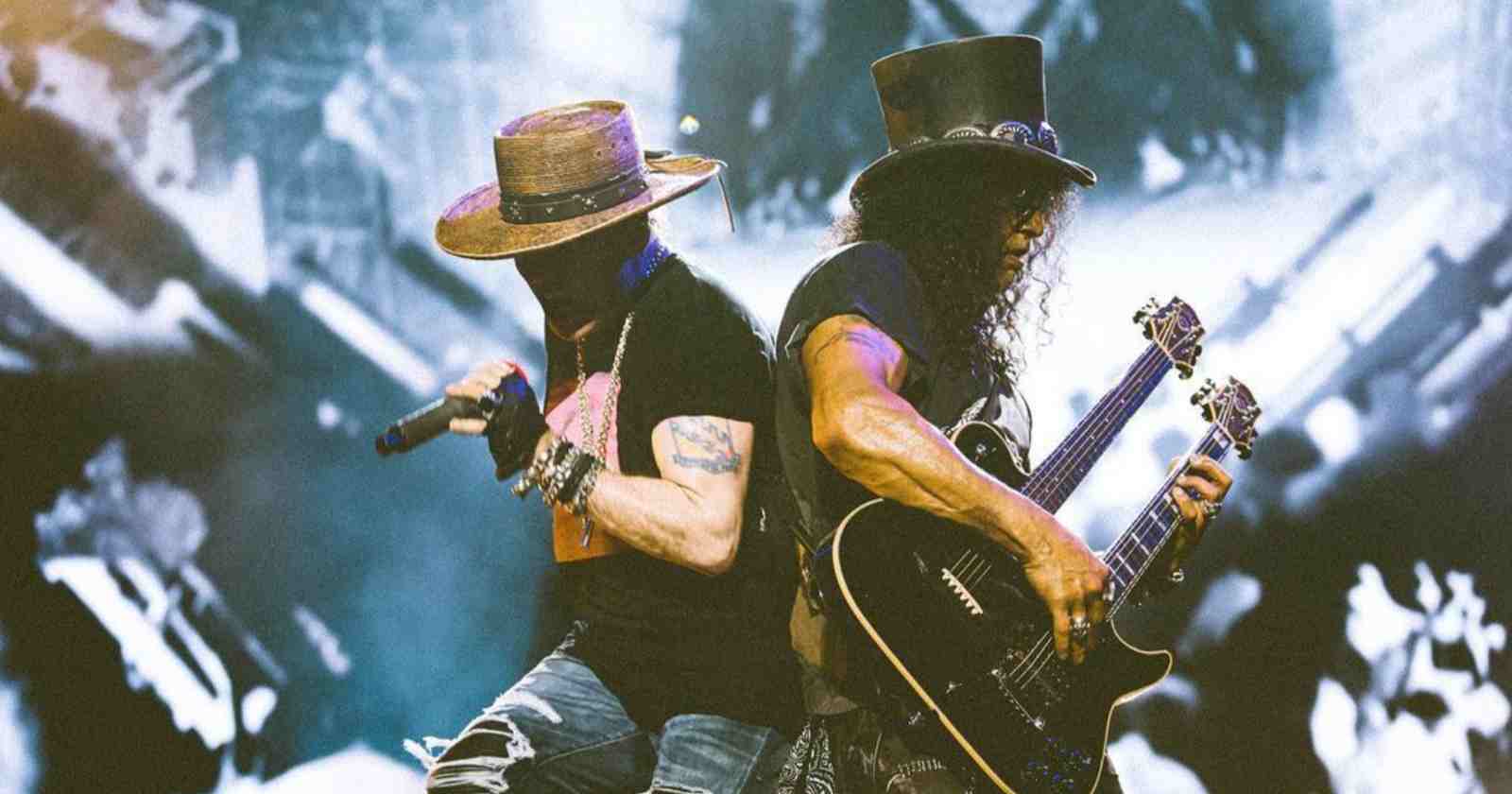 Guns N’ Roses guitarist Slash explained in an interview Audacy Check (Via Blabbermouth) the reason why the band is reworking old songs and not writing new ones. The group recently released the EP “Hard Skool” that has songs that were written long ago.

“As far as Guns is concerned, we haven’t even gotten to that point of really in earnest sitting down and writing. We’ve been doing a lot of material that’s been sitting around for awhile. That will be a whole focused endeavor unto itself.”

Talking about two tracks of the EP, ‘Hard Skool’ and ‘Absurd’. They both have a lot of history. What happened was Axl has all these songs that he recorded at some point along the way. And so Duff and I went in and re-did them, basically… Like, I wrote my own kind of parts to what else is going on, and [we] just sort of took the drums and re-did everything else.”

Slash featuring Myles Kennedy and The Conspirators announced a new album called “4” that will be released via Gibson Records next Frebruary 11, 2022. The first single “The River Is Rising” was already released with an official music video

Slash talked in an official statement about the song, saying: “There’s two or three songs on the record that were written during the pandemic; everything else was written before. ‘The River is Rising’ was one of the last songs I wrote before we started pre-production, and because it was so fresh and has a certain groove and energy to it, it was the first thing we really attacked. It’s the newest song on the record, and as for the double-time part, that was something that I came up with and tagged onto the end of the arrangement.”

“Then when we were over at RCA, Dave Cobb suggested we do it right after the breakdown. So, we went straight into the fast part, and I just started doing the guitar solo over it. It was one of those things where we were jamming around, trying to fish out the arrangement, and it just happened.”