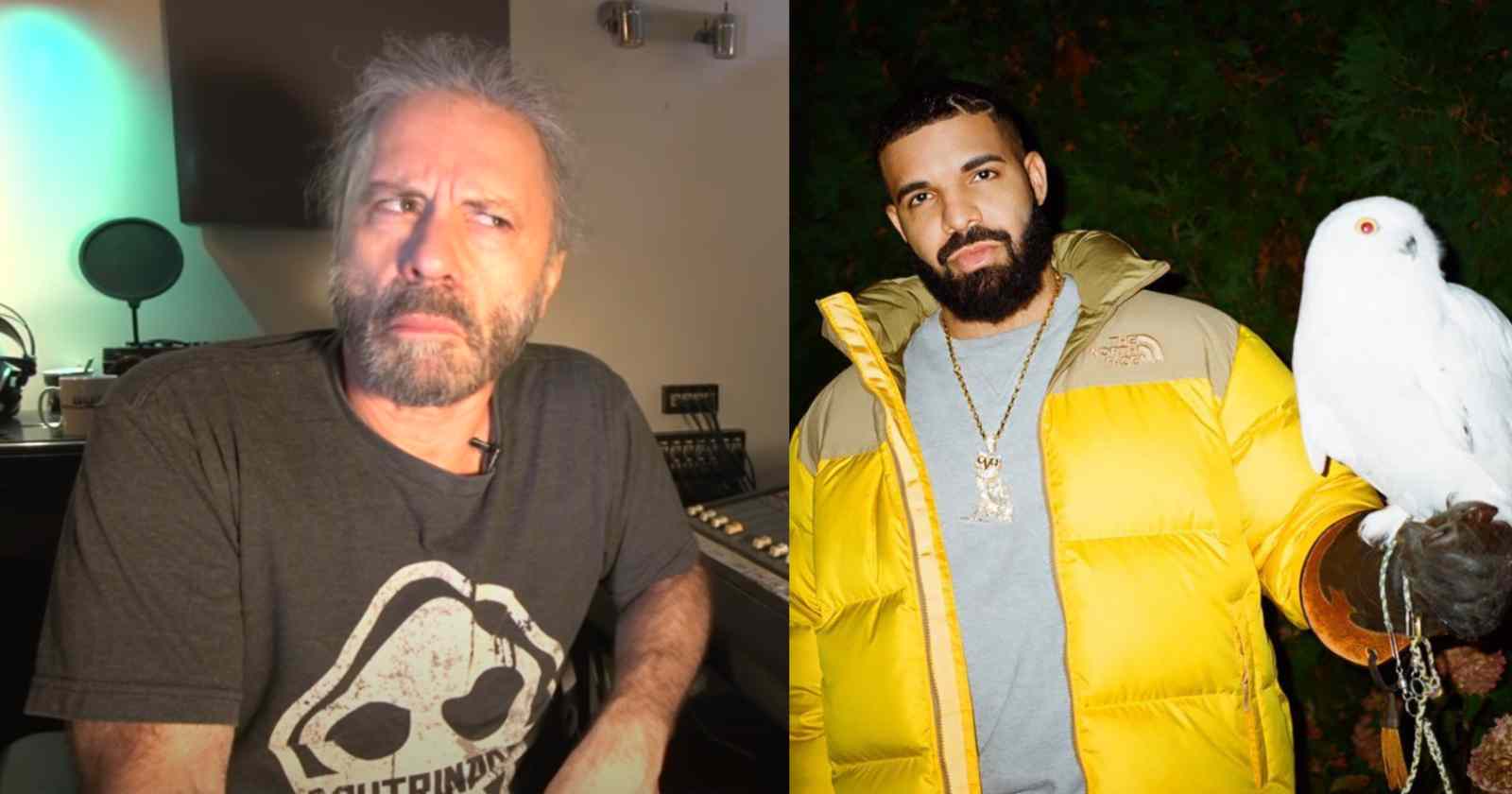 Iron Maiden vocalist Bruce Dickinson said in an interview reported by Yahoo that he doesn’t understand the music of the Canadian rapper Drake, who was the artist that took Maiden out of the No. 1 spot on the U.K album chart a while ago.

“We went head to head with Drake the week the album was released. I don’t really get what he does, though a lot of people do, but going head to head with him felt like, ‘No this is real music played by a bunch of old geezers who make no concessions to the times in which we live.’

“People say, ‘You’re dinosaurs.’ And we go, ‘Yeah and there aren’t too many of those left. This is who we are, it’s what we do. By and large our audience as moved on with us. Maiden’s audience is like a table made of plywood; every year you just add a new layer and the table gets bigger and bigger.

“We’ve grown organically – not through social media or any of that stuff. We’ve grown by going out and doing it in front of people. The musician also talked about touring, saying that:: “I can’t wait to get back out there and play these songs. “We’re still fired up and to get back together in a room with the guys to just play music is something I’m looking forward to more than you can ever imagine.”

Drake was born in 1986 in Toronto, Canada. Gaining recognition by starring in the teen drama series Degrassi: The Next Generation (2001–08), Drake pursued a career in music releasing his debut mixtape Room for Improvement in 2006. Subsequently, he released the mixtapes Comeback Season (2007) and So Far Gone (2009) before signing with Young Money Entertainment.

He is among the world’s best-selling music artists, with over 170 million records sold. Also is ranked as the highest-certified digital singles artist in the United States by the RIAA.

He has won 4 Grammy Awards.