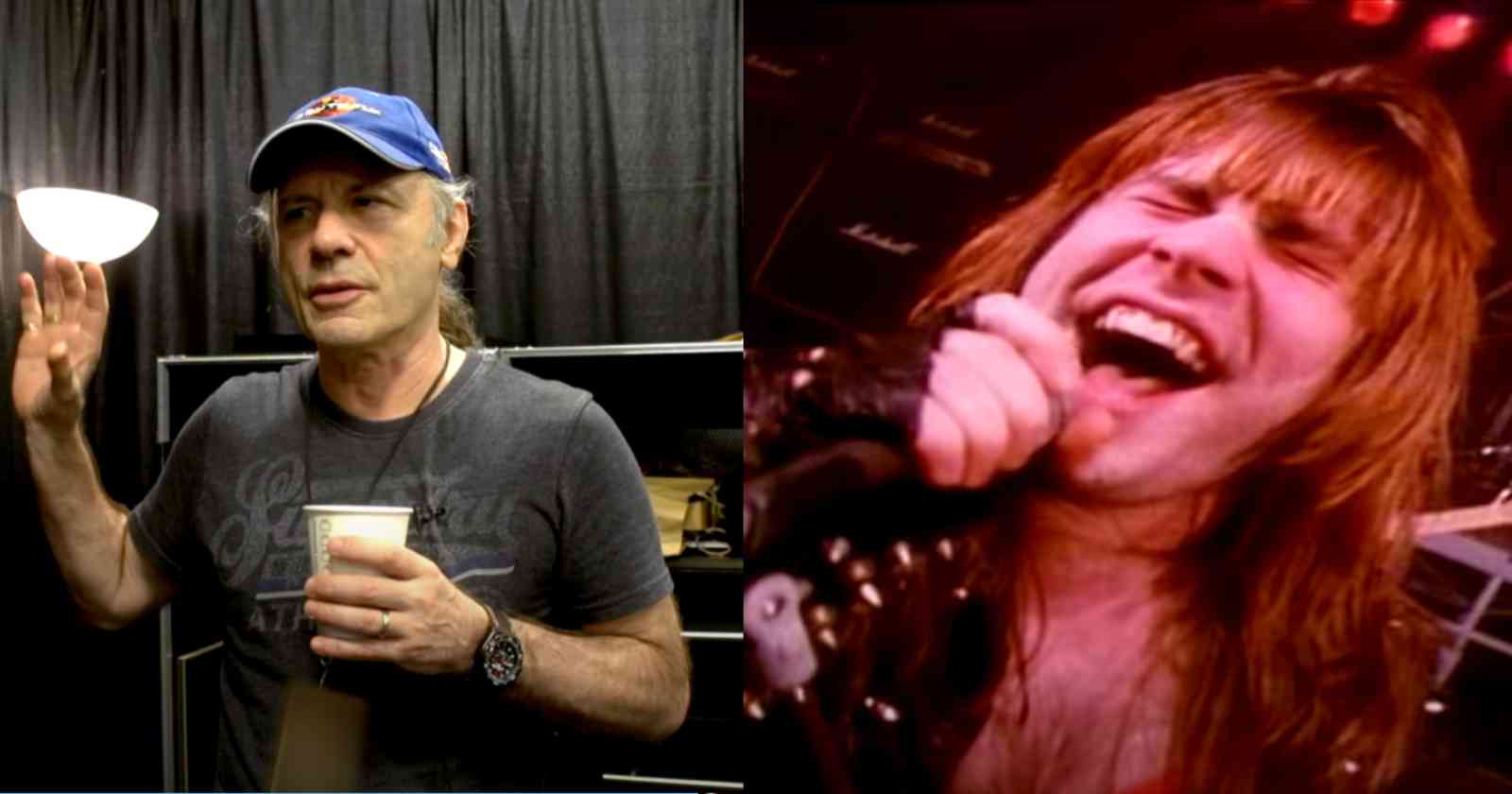 Iron Maiden released their 17th studio album and to promote the record singer Bruce Dickinson talked with Rolling Stone magazine. In the interview he recalled how was his audition to the band 40 years ago, when he was chosen to replace Paul Di’Anno who sang on their two first records “Iron Maiden” and “Killers”.

“I did two auditions actually. The first one was just in a rehearsal room. They asked me to learn four songs and I thought, “Well, they’ve only got two albums. I’ll learn them all.” So we bashed through a load of them, and then we started bashing through old Thin Lizzy and Deep Purple covers because we knew them all.”

“And then they had to go off and do some gigs with the old singer, Paul [Di’Anno], in Sweden. So I thought, “Well, that must be kind of difficult because they just had this kind of very fun day with me.” And then they came back and said, “OK, well, we fired him and so now we want to give you a test in a recording studio just to make sure we’re not hearing things.”

“So I went and there was the late, great [producer] Martin Birch. And I sang over four backing tracks that they recorded live in Japan. And it was Siskel and Ebert, two thumbs up, and I was in that night. So we all went down to a UFO concert, I think, at a theater somewhere and drank a lot of beer. And then the rest is history. The hard work actually began the next day.