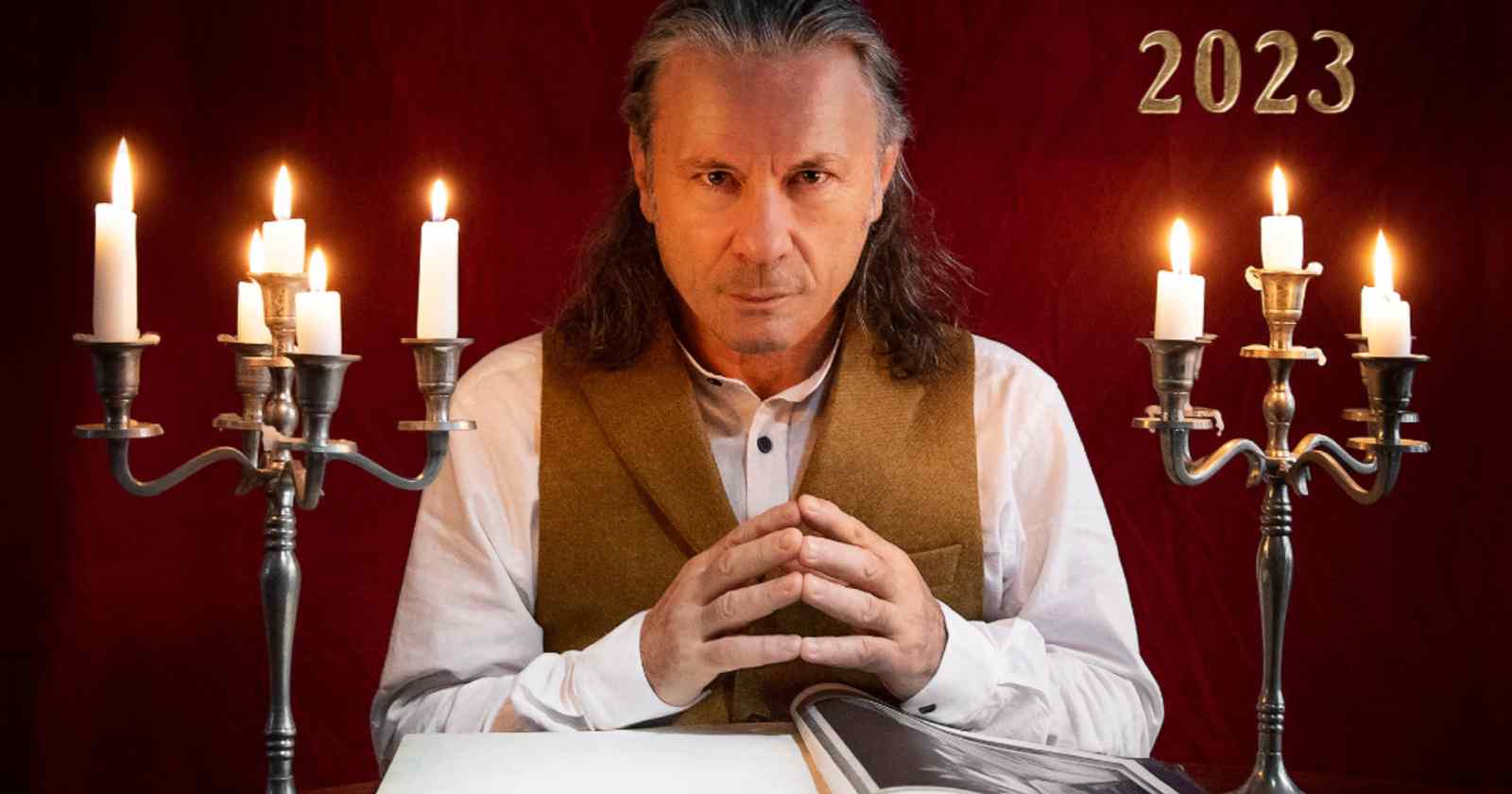 The Iron Maiden vocalist Bruce Dickinson announced new spoken-word tour dates for Europe in January 2023. During the presentation the musician tells stories from his personal and professional life and answer fans questions.

The official release of the tour explained the dynamics of the event: “Split into two parts, the first half of the evening is all about Dickinson the storyteller. The last half of the set is guided anarchy inspired by Dickinson, improvised from audience written questions on the night.”

Bruce Dickinson recently performed with Iron Maiden in South America and Mexico, and is currently on the road with the band in the United States and Canada until the end of October.

In 2023 he will do a small tour in Brazil with the Concerto For Group And Orchestra, symphony orchestra with more than 80 instrumentalists conducted by Paul Mann, who was a close friend of the late Deep Purple keyboardist Jon Lord.