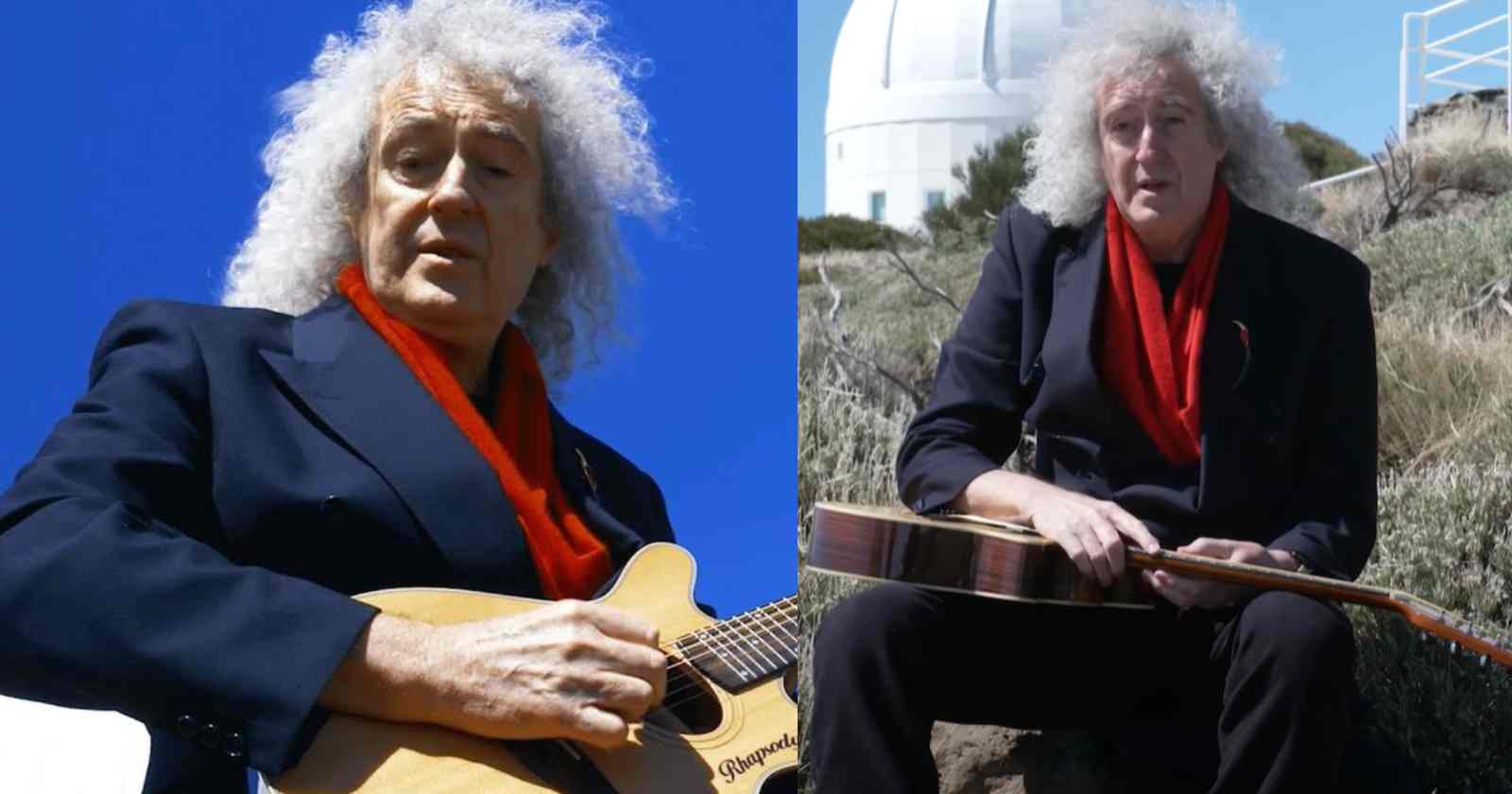 The legendary Queen guitarist Brian May talked in an interview with Smooth Radio about the album of the band that he “thinks” it’s his favorite one. One of the best-selling groups of all time, Queen sold an estimated amount of 170 million to 300 million records worldwide. The classic formation of the group came to an end after vocalist Freddie Mercury died too soon at the age of 45 back in 1991 victim of bronchopneumonia as a complication of AIDS.

Brian May said that he “thinks” that the posthumous Queen album “Made In Heaven” (1995) that was made with previous Freddie Mercury recorded vocals is his favorite because of the dept and the meaning of the record.

“It was very weird. It was traumatizing in itself. I spent hours and days and weeks working on little bits of Freddie’s vocals. Listening to Freddie the whole day and the whole night. I’d have moments thinking ‘This is great…this sounds great…Fre…oh you’re not here’.”

“It was quite difficult. You’d have to go away from it sometimes and recover and come back. But I felt this immense pride and joy in squeezing the last drops out of what Freddie left us.”

“I still love that album. I think it’s my favorite Queen album. There are things in there that are so deep. There’s pure gold in there. I love every minute of that album,” Brian May said.

With recordings from 1980, 1991, 1993 and 1995 used, Queen’s fifteenth and final studio album. It debuted at number 1 in the United Kingdom and went quadruple platinum selling 1.2 million copies in the country.

The title-track and “I Was Born to Love You” were already songs that were released by Freddie on his solo career and were re-recorded with different instrumentation.

Some of the most famous songs of the record are the title-track, “Let Me Live”, “Heaven for Everyone” and “Too Much Love Will Kill You”.