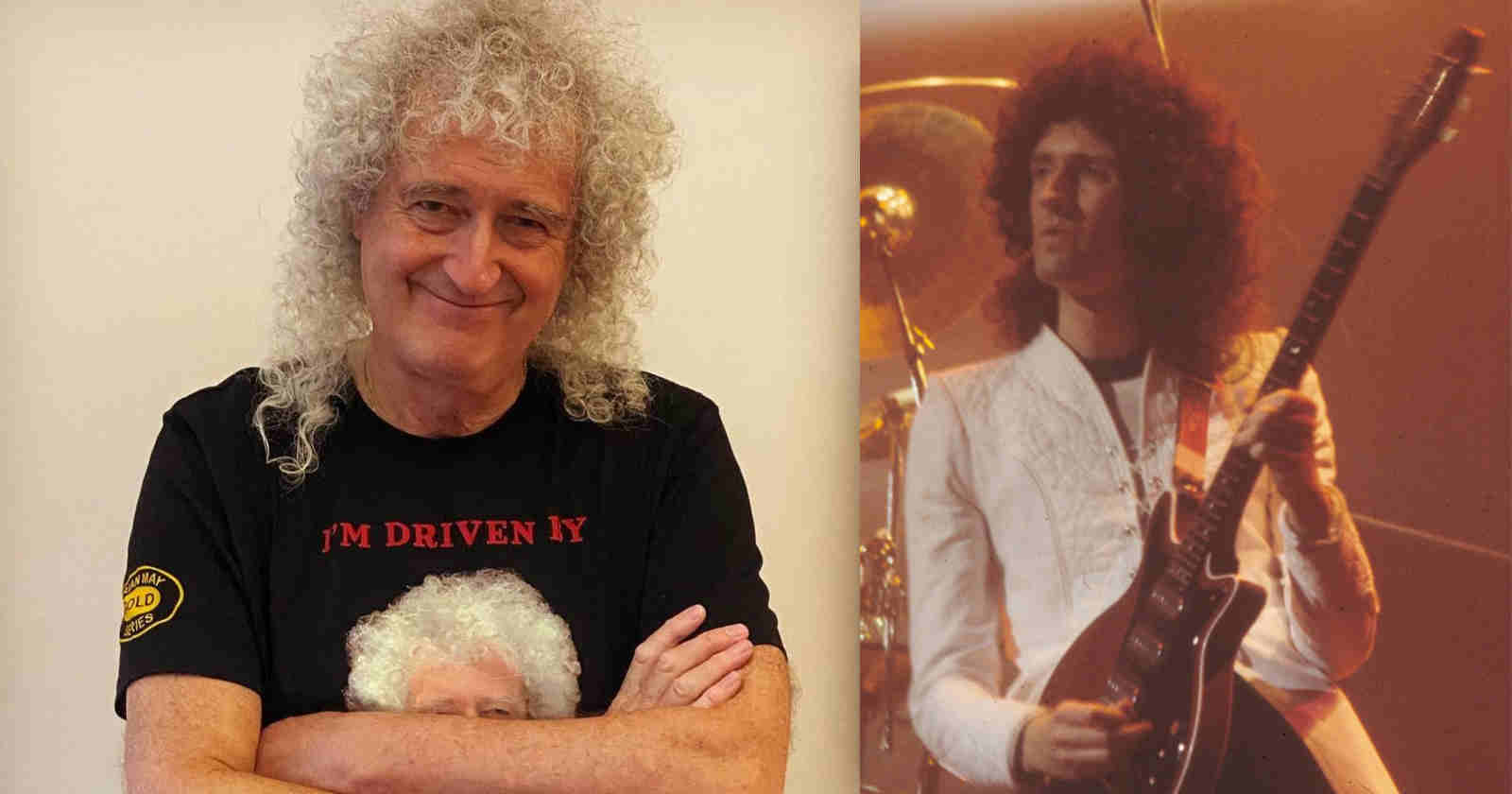 Queen guitarist Brian May recalled in an interview with BBC Radio (Via UG) how him and his father made his famous guitar “The Red Special” using things like an old fireplace and motorbike valve springswhen they couldn’t afford a real electric guitar.

Brian May recalls how him and his father made his famous guitar “The Red Special”:

“Yeah, it was liberating primarily because I couldn’t afford a guitar. It was out of the question. My parents bought me this little acoustic guitar, I think for my 10th birthday, but there was no way on Earth we could afford a Fender Stratocaster or a Gibson Les Paul, no way.”

“We couldn’t even afford the English copies of these kinds of guitars, so me and my dad thought, ‘We could do that, and we could probably do it better than anybody else,’ because my dad was very much like that, you know, ‘We can do it, and if it’s worth doing, it’s worth doing properly.'”

“I made the sketches, I designed the shape of it myself from scratch, and we used things that were lying around. We used an old fireplace, and a piece of an old oak table, bits of a blackboard. So I used motorbike valve springs for the tremolo, I think that used to hold up my saddlebag on my bike, the tremolo arm, and the piece on the end of it is my mother’s knitting needles, turned down with a drill.”

“I designed my own bridge, which has these rollers, which was the first in those days; no bridges had rollers in those days, thinking that I had to minimize the friction somehow. So the thing would return to its proper key once you went up and down with the whammy bar, so a lot of thought went into, a lot of experiments, and we finally made this thing, which is still with me, I still love it, it’s still part of me. And it’s great because it’s a connection to my dad. My dad’s long gone, but when I hold that guitar, there’s a piece of my dad in there as well as everything else.”

Brian May is one of the most successful guitarists of all time that added to the sound of Queen his unmistakable tone gave each song of the band a different flavor.

Besides being a musician May is also an astrophysicist, he studied physics and mathematics at Imperial College London, graduating with a BSc (Hons) degree and ARCS in physics with Upper Second-Class Honours. From 1970 to 1974, he studied for a PhD degree at Imperial College, studying reflected light from interplanetary dust and the velocity of dust in the plane of the Solar System.