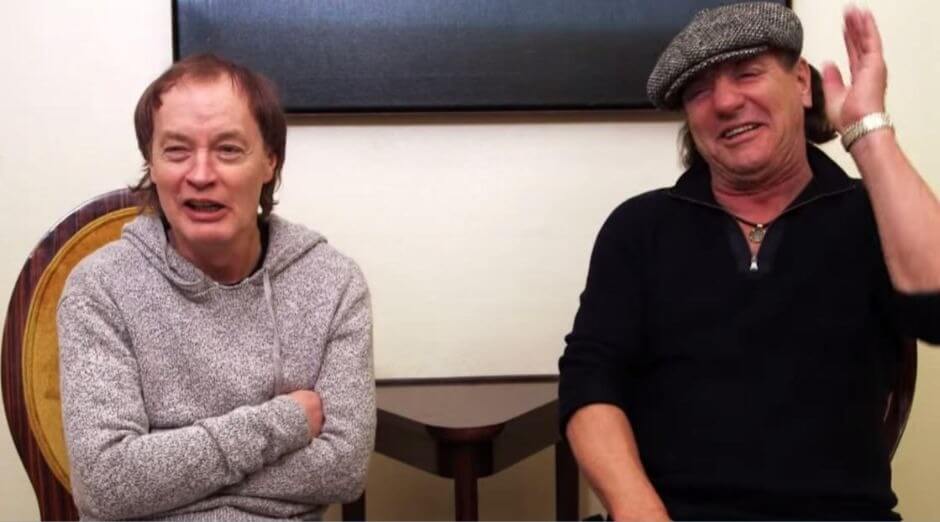 AC/DC singer Brian Johnson left the group due to hearing issues (But some say he was fired by the band) in the middle of the Rock or Bust tour back in 2016, being replaced for the final concerts by Axl Rose. Now, Brian said in an interview with Joe Walsh in Old Fashioned Rock N’ Roll Radio Show that he is talking with Angus Young, Cliff Williams and Phil Rudd during quarantine.

Brian Johnson said about talking with AC/DC members during quarantine:

“Actually, it’s the craziest thing. Angus’s wife, Ella – she loves to cook. And that’s what we were talking about – how to make scones. It had nothing to do with music. And Angus is safe and well. And so is Phil [Rudd, drums]. Cliff [Williams, bass] is up in the mountains of North Carolina… Cliff’s a-huntin’ and shootin’ and fishin’ man. And I don’t know where Stevie [Young, AC/DC rhythm guitarist] is. He’s somewhere.”

Talking about the current state of live music in a pandemic world, Brian said:

“I think it’s made us realize how much we took for granted. When you’ve gone to a gig or something and you hear somebody hit that guitar, like your good self, and just knock the snot out of it and you just get that shiver down your back.

“Now when you hear a band start up, hearing the live music – I think that’s a big miss for everybody.”

Rumors about the production of a new AC/DC album have been circulating for months on the Internet. Sound engineer Mike Fraser, who recorded and mixed five of the group’s albums, including the latest, Rock Of Bust, from 2014 confirmed that the band were reunited in the studio. Fraser talked about a possible new AC/DC album during an interview with the Australian Mastering Music Mastering Life podcast.