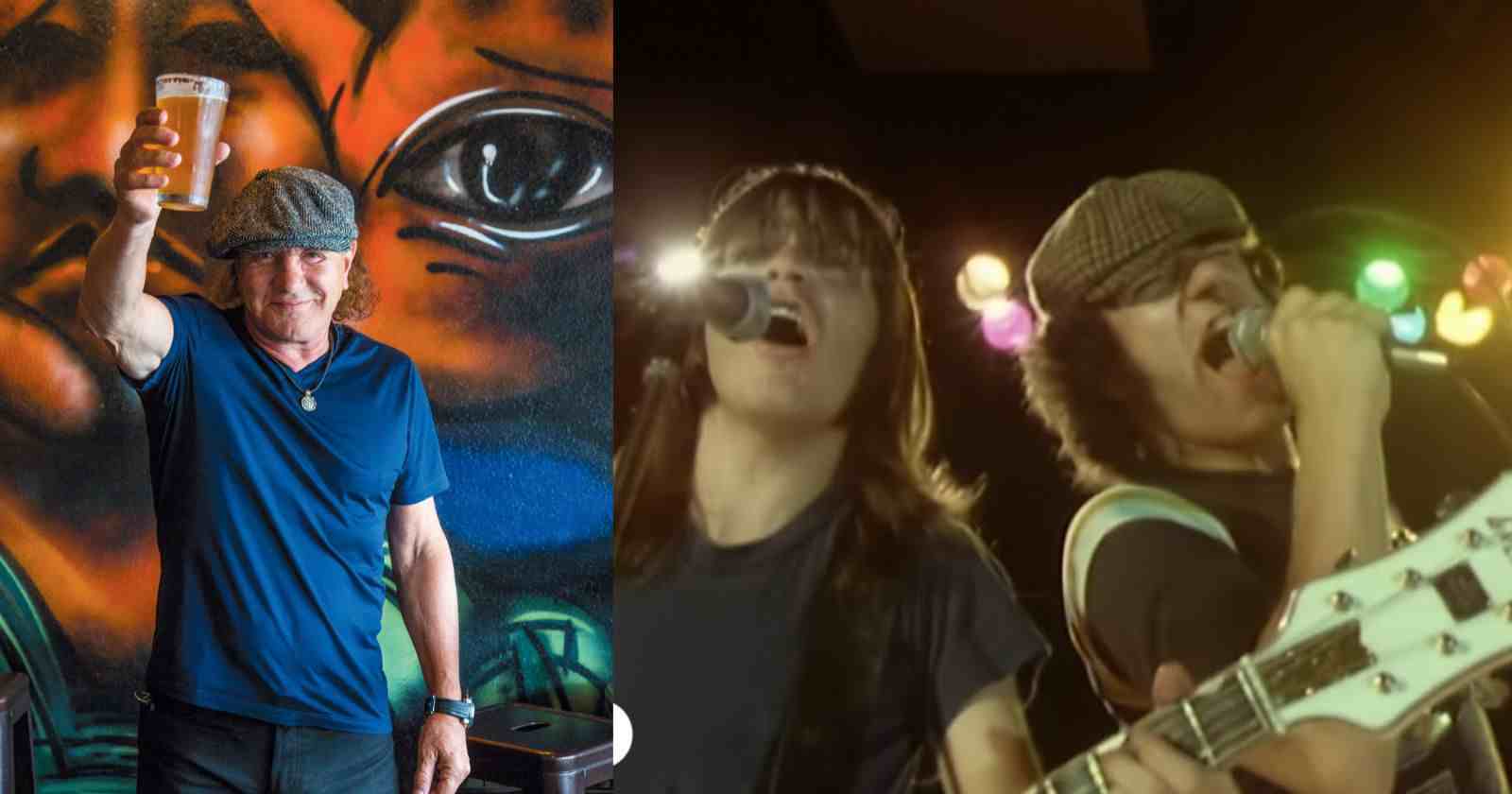 AC/DC singer Brian Johnson recalled in an radio interview the making of “You Shook Me All Night Long”, classic song from “Back In Black” (1980), his first album with band. The musician is currently promoting the band’s new album “Power Up”.

Brian Johnson recalls the making of “You Shook Me All Night Long”:

“Well, the one I remember more than anything was – it was one of the first songs we did, and I remember I’m sitting in the little cubicle, and Malcolm came down and said, ‘Right, Brian, this is a rough backing track of this song, and we want to call it ‘You Shook Me All Night Long.’

“I thought, ‘What?’ And I was a little bit worried. And so, the next day I’m getting ready and I went up to [producer] Mutt Lange and he said, ‘OK, let’s see what you got.’ I just sang it; it was just so natural – the words that were written down…

“And I remember Malcolm coming up and he looked at me and looked at Angus and Mutt; he said, ‘I don’t know what to say. That could be one of the best rock ‘n’ roll records ever heard in a while!’ I felt really good about that.”

AC/DC released on November 13 the long-awaited studio album “Power Up”, that marks the return of singer Brian Johnson and drummer Phil Rudd to the band. The record has 12 powerful songs.