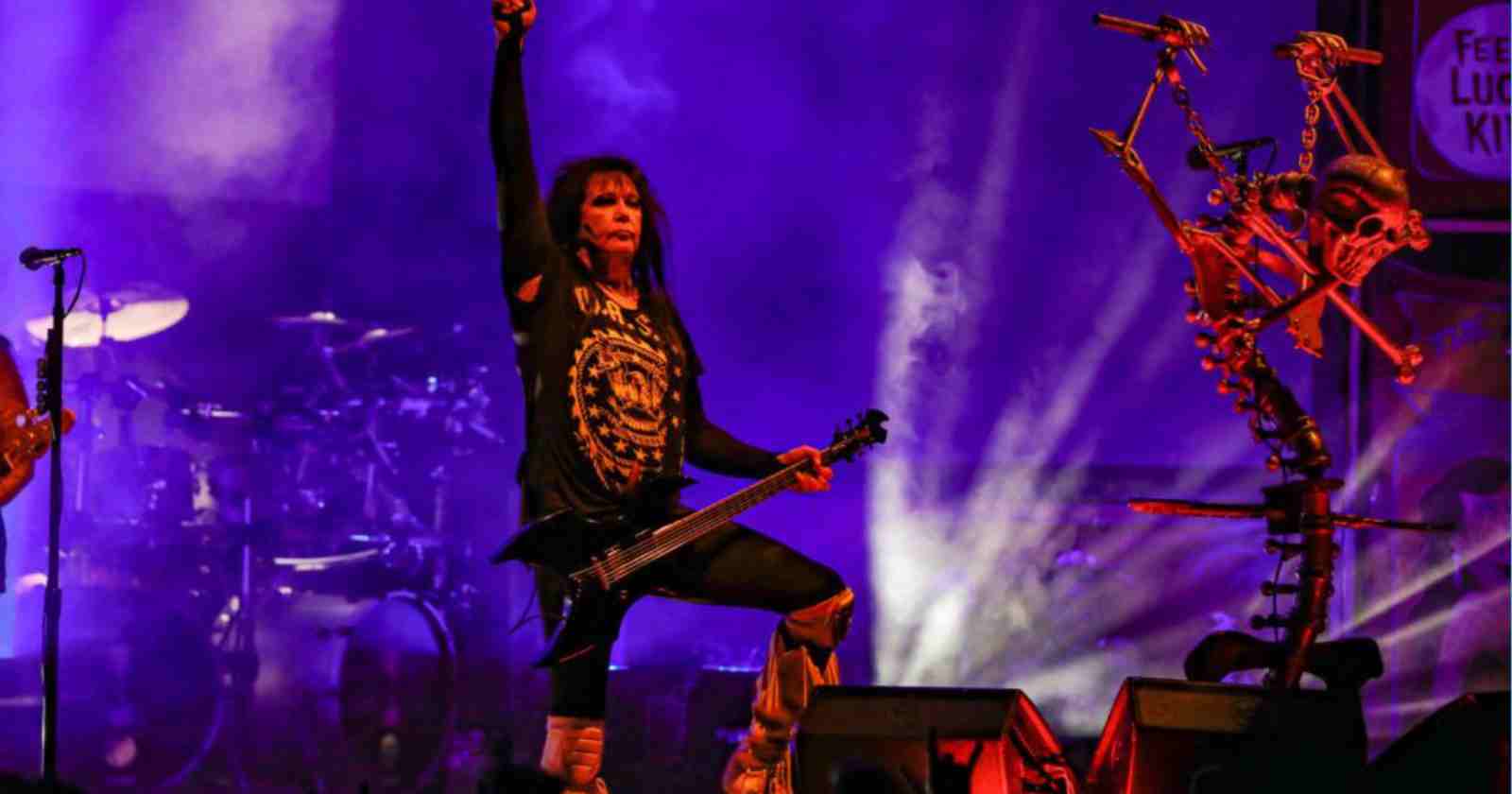 The W.A.S.P. founder, guitarist and vocalist Blackie Lawless admited during a V.I.P experience on November 26, in Orlando, Florida (Transcribed by Blabbermouth) that the band is using backing tracks live in order to help the performance of the songs to be as close as the original, since many songs were recorded having double, triple or quadruple vocals.

“To answer your question, yes, we are using backing tracks. You wanna know why?  When we go into a studio — and let me clarify that statement; that’s me singing — but when we go in a studio, we do choruses, we double, triple, quadruple the vocals. So my feelings were when I listened to live YouTube [recordings of our shows] and we weren’t doing that, it sounded thin. When we started supplementing it, it sounded better.”

“If I’m a fan and I’m coming to a show, I want that thing to sound as good as it can. There are other bands — the Queen‘s of the world — they cannot duplicate 24 vocals at one time. That’s what they do on those records. If you want it to sound like those records, you’ve gotta have some help. Now, in defense, I guess maybe what you’re asking, is it fair for a band to go out and use only those? No, that is not fair.”

“Like I said, I take a lot of pride in what I do, for the lead vocals that I do, but when it comes to vocals or when it comes to orchestration… We went out and we did ‘The Crimson Idol’ the first time without orchestration. It was okay, it sounded all right. It was kind of like The Who doing ‘Live At Leeds’, what they did with ‘Tommy’.

“When we did the 20th anniversary of the tour, we took the orchestration with us and we went into production rehearsals. I had never heard it like that before, because the only time I ever heard it with orchestration was the albums. And I went in there and I stood in the middle of that room and I heard that orchestration with the live band, and it made the hair stand on the back of neck. And I [went], ‘Good God. I’ve never heard this like this before.’ To me, that was a treat. And I don’t give a shit what anybody says; if I’m a fan, that’s what I wanna hear.”

“So, again, if somebody’s trying to bullshit an audience, no, I don’t go along with that at all. You’re out there to do a job; do your job. But to supplement it? Absolutely not. I’d wanna hear it,” Blackie Lawless said.

The band is currently touring in the United States and have scheduled dates for Europe in 2023. The current line-up is formed by Blackie Lawless (Guitar and vocals), Aquiles Priester (Drums), Mike Duda (Bass) and Doug Blair (Guitar).