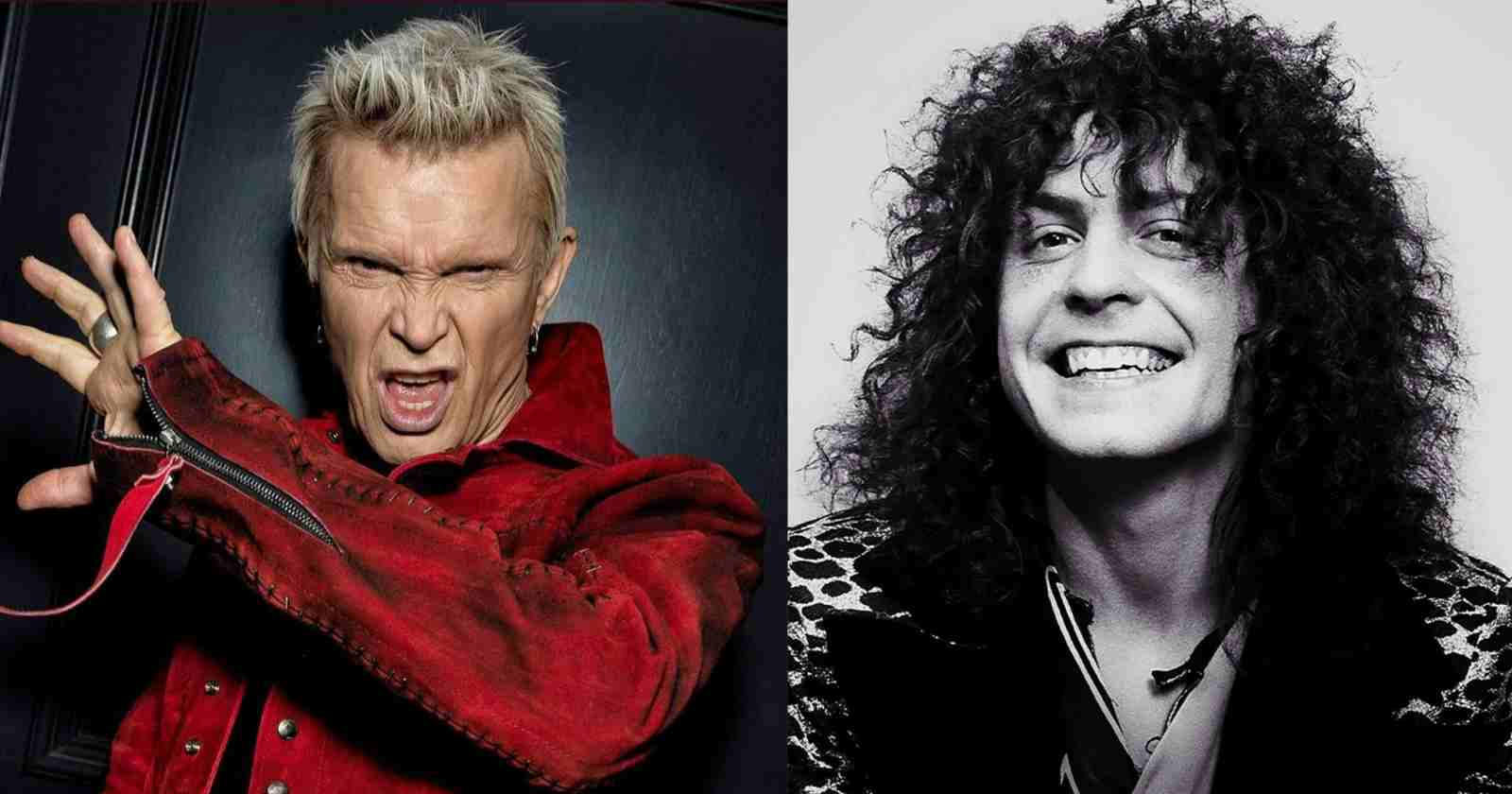 Singer Billy Idol chose in an interview with BBC Radio’s Johnnie Walker (Transcribed by Rock and Roll Garage), the late legendary T. Rex vocalist and guitarist Marc Bolan as his Rock God. The British musician explained why he likes Bolan’s work so much and how important he was for his career.

“He was just very instrumental. Generation X, the Punk Rock group I was in, we got to play live on his Marc Show. That day that we turned up to be on his show, our gear got left down the motorway. So the producer, was flipping us out. In front of us was Marc. (The producer) was telling us that there was no way that we were going to be on the program because he had David Bowie coming from Switzerland to do ‘Heroes’, he was debuting ‘Heroes’ on this Marc episode.”

“So Marc said ‘Well, if they’re not on it I’m not doing’. He said ‘Look, they can use my guitar, we can make this happen’. So actually, we ended up playing live on that show. He could easily turned to us and said ‘Sorry, lads. There is no way you can be on it’. But he just knew that for us it was a big thing, you know. And for Punk Rock it was a big thing in a way because we were getting to play live and sort of show people what we were like.”

“So he was great in that way. I think that just when I thought about, you know, the earlier years when he was having all these hits, this guy is super talented, that’s what I thought. He went on to prove it having all those hits in the early 70s,” Billy Idol said.

Born in Hackey, London back in 1947, Marc Bolan first achieved fame as the frontman of T. Rex, one of the most influential British Glam Rock bands of all time. The group was formed in 1967 and released four albums under the name Tyrannosaurus Rex and eight records with the name T. Rex.