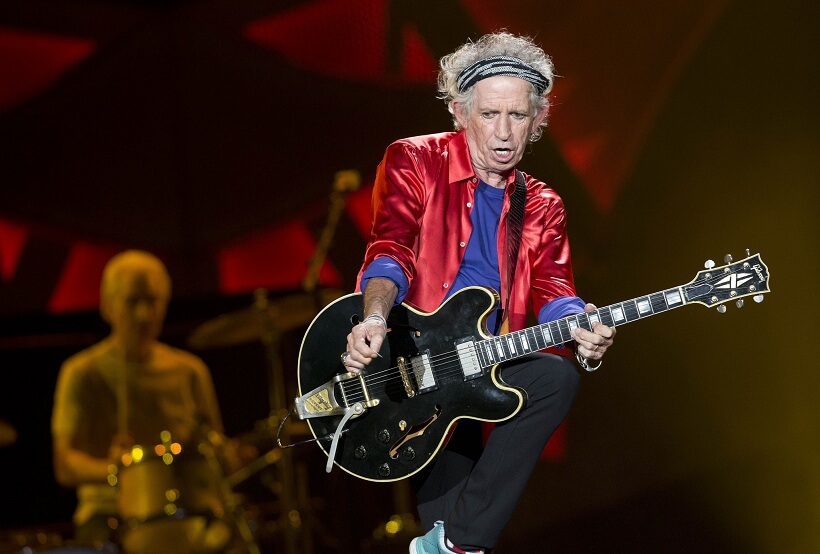 Back in 2004, Keith Richards answered a fan question about the “thin” guitar sound of George Harrison on Beatles records. And the answer was posted on Keith’s website.

Harrison’s guitar work with the Beatles was varied and flexible, although not fast or flashy, his lead guitar playing was solid and typified the more subdued lead guitar style of the early 1960s. His rhythm guitar playing was as innovative, such as using a capo to shorten the strings on an acoustic guitar, as on the Rubber Soul album and “Here Comes the Sun”, to create a bright, sweet sound.

Eric Clapton felt that Harrison was “clearly an innovator” as he was “taking certain elements of R&B and rock and rockabilly and creating something unique”. Rolling Stone founder Jann Wenner described Harrison as “a guitarist who was never showy but who had an innate, eloquent melodic sense. He played exquisitely in the service of the song”.

Harrison’s friend and former bandmate Tom Petty agreed: “He just had a way of getting right to the business, of finding the right thing to play.” The guitar picking style of Chet Atkins and Carl Perkins influenced Harrison, giving a country music feel to many of the Beatles’ recordings. He identified Chuck Berry as an early influence and Ry Cooder as an important later influence.