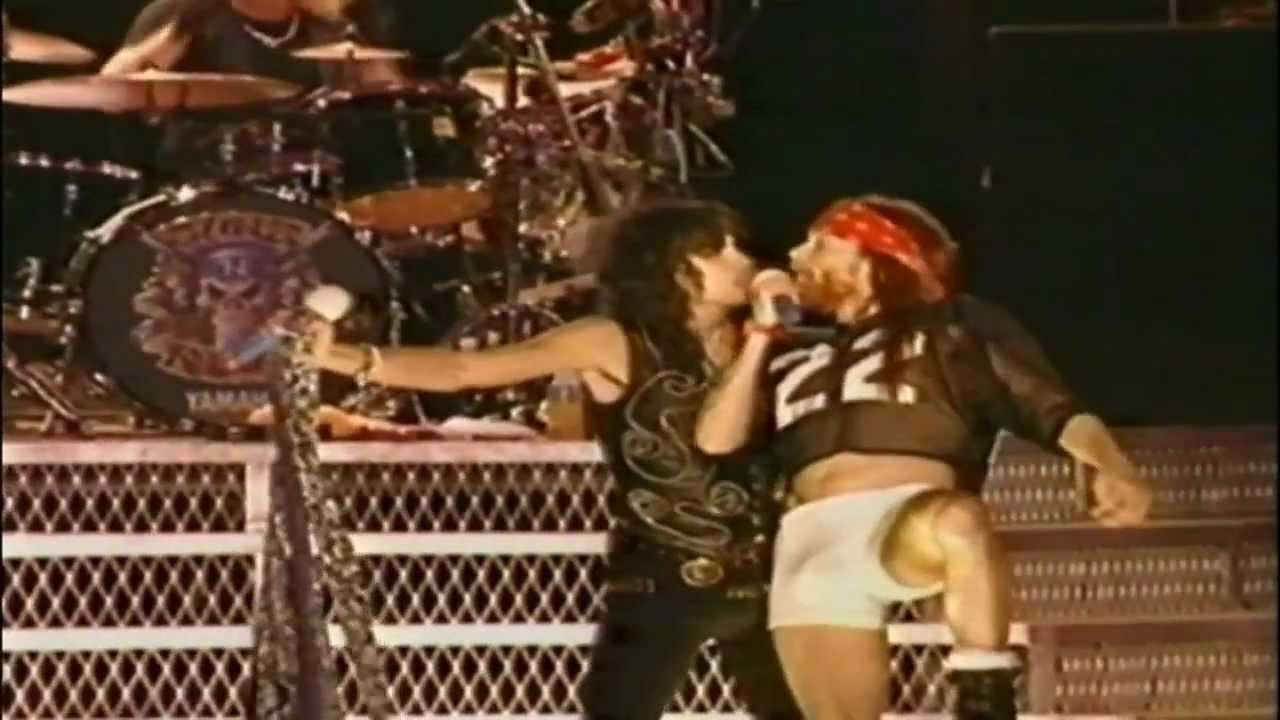 Back in 1992, Steven Tyler (Aerosmith) joined Guns N’ Roses on stage in Paris, France to perform the classic “Mama Kin”.

This was broadcast on worldwide TV as Pay-Per-View and also on FM radio stations. Axl goes off on Warren Beatty because he hooked up with Stephanie Seymour. Special guest performances by Lenny Kravitz, Steven Tyler & Joe Perry.
Jeff Beck was also scheduled to play Locomotive but he canceled out because of problems with his hearing.