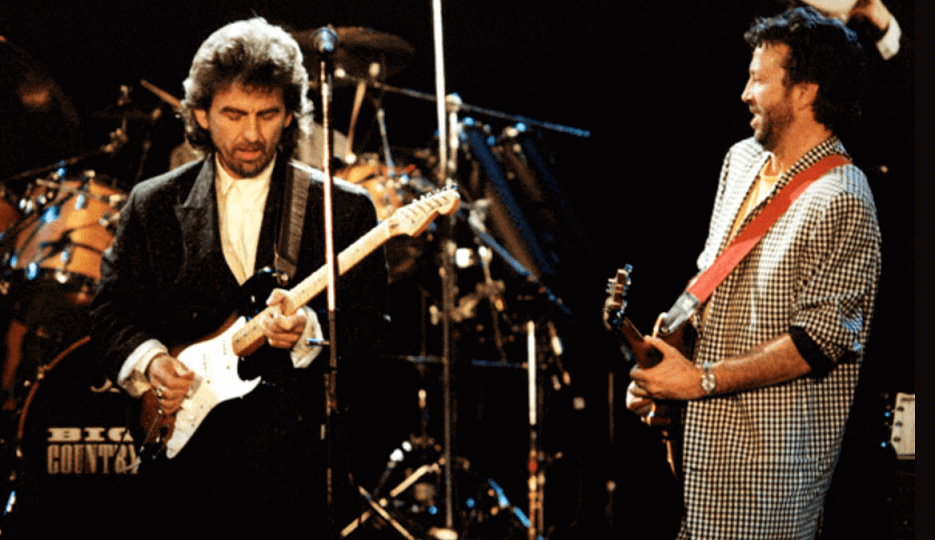 “While My Guitar Gently Weeps” is a song by the English rock band the Beatles from their 1968 double album The Beatles (also known as “the White Album”). It was written by George Harrison, partly as an exercise in randomness after he consulted the Chinese I Ching. The song also serves as a comment on the disharmony within the Beatles at the time. The recording includes a lead guitar part played by Eric Clapton, although he was not formally credited for his contribution.

“While My Guitar Gently Weeps” ranks 136th on Rolling Stone’s “The 500 Greatest Songs of All Time”, seventh on the magazine’s list of the “100 Greatest Guitar Songs of All Time”, and tenth on its list of “The Beatles 100 Greatest Songs”. Guitar World magazine’s February 2012 online poll voted “While My Guitar Gently Weeps” the best of George Harrison’s Beatles-era songs. Clapton’s performance ranked 42nd in Guitar World’s October 2008 list of the “100 Greatest Guitar Solos”.