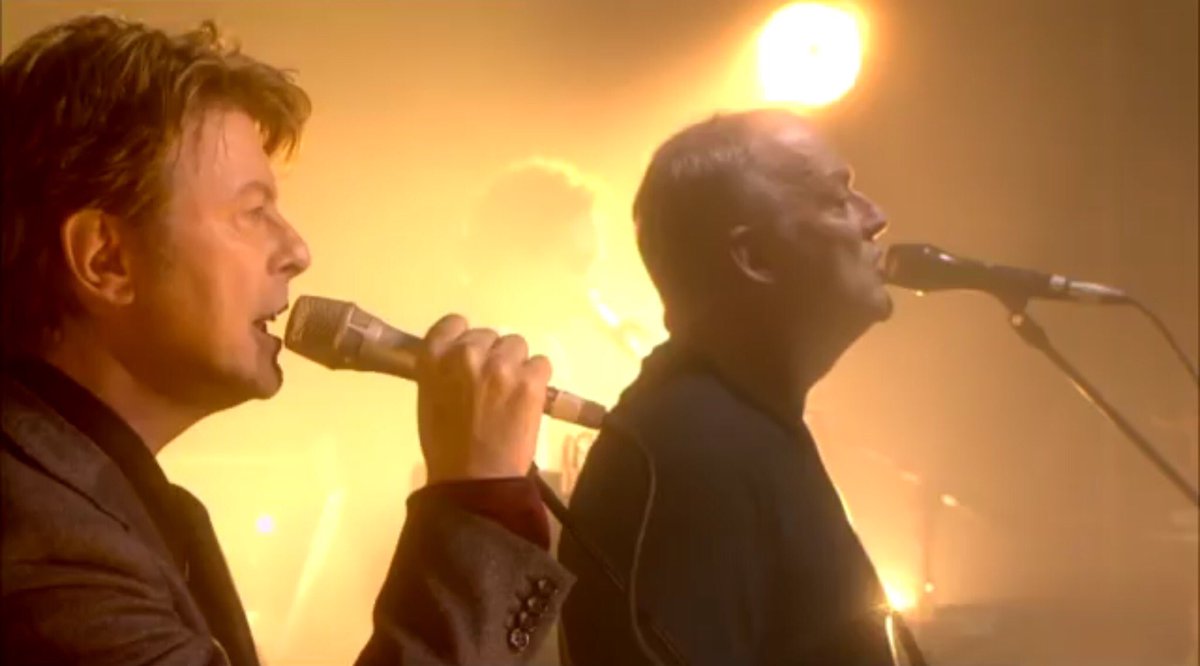 Back in 2006 David Gilmour recorded a concert at the Royal Albert Hall which was released in DVD later. Called “Remember That Night”, the title is taken from a line in the song “On an Island”.

There are some very special guests on the concert like Graham Nash, David Crosby, Robert Wyatt and David Bowie that you can watch below backstage with Gilmour and singing “Arnold Layne” and “Comfortably Numb”.

“Comfortably Numb” (working title “The Doctor”) is a song made by Pink Floyd, which first appears on the 1979 double album The Wall. It was also released as a single in 1980 with “Hey You” as the B-side. It is one of only three songs on the album for which writing credits are shared between guitarist David Gilmour and bassist Roger Waters.

The chorus music and guitar solos were written by Gilmour while Waters contributed the lyrics and the music for the verses. An early version of the song was included under the working title on the “Immersion Box Set” of The Wall, released in 2012.

The song is one of Pink Floyd’s most famous, and is renowned especially for its guitar solos in the middle and at the end of the song. In 2004, the song was ranked number 314 on Rolling Stone magazine’s list of the 500 Greatest Songs of All Time.

In 2005, it became the last song ever to be performed by Waters, Gilmour, keyboardist Richard Wright, and drummer Nick Mason together. In 2011, the song was ranked 5th in the BBC Radio 4’s listeners’ Desert Island Discs choices. The two guitar solos were ranked as the greatest guitar solos of all time by both Planet Rock listeners and WatchMojo.com.