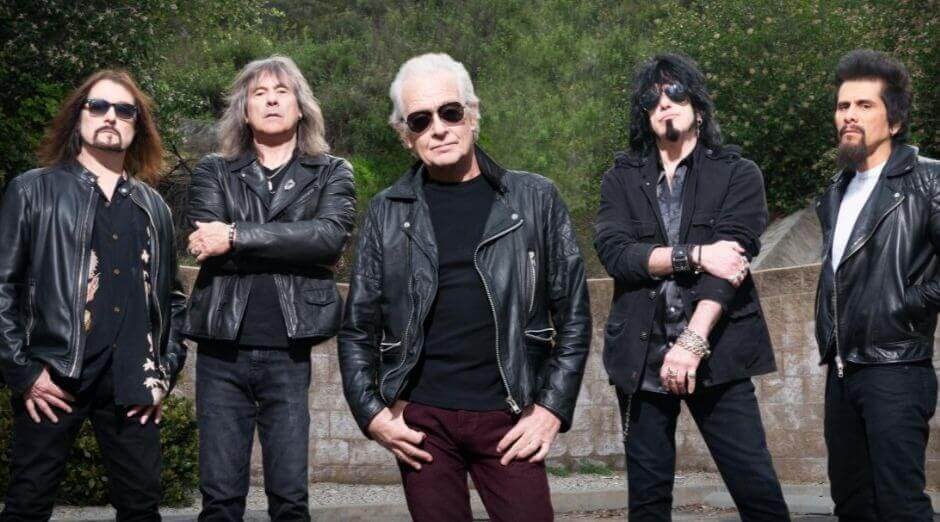 Hard rock band Alcatrazz is back and will release a new album after 30 years. In an exclusive interview with Rock and Roll Garage bassist Gary Shea talked about the new work and his career. Besides Shea, “Born Innocent” the other two founding members on the band nowadays are: Graham Bonnet, and Jimmy Waldo.

Looking back on your career, what would you tell the young Gary Shea if you could?

“I would tell myself to learn the piano when I was younger and to sing more. My younger brother plays piano but I was just focused on guitar and then when I switched to bass. That’s all I practiced. There is so much to learn about music. You can never cover everything. I would tell myself I was correct in deciding to focus on a style instead of jumping around everywhere and making no impact.”

“I was right in following my heart to New York City, Boston, London and Los Angeles over the years searching for the guys that could play the music I heard in my heart so long ago.”

About the new Alcatrazz album: Can you tell us how was the recording? Comparing to the first one you guys recorded in the 80’s. Do you feel it was easier now, since you are more experienced nowadays?

“All of us have done dozens of albums over the years so the recording process is not so mysterious as it was when we first started. We get a lot of music done quickly and we are very comfortable in the studio, The new album was really fun in that we have some friends also playing on the CD. There was a tremendous amount of information to harness across the country but it all went to plan and we are very happy about the outcome.”

“he first album was done in hurry in a 24 track recording studio that our label owned. The band was extremely tight and well rehearsed so No Parole was done in a few weeks rather than months. Our producer, Dennis MacKay who had worked with Jeff Beck and Al Di Meola, wanted us to use electronic drums.”

“Even with wasting time doing that and redoing all the songs with real drums, we were done in a few weeks. All of us at the time of No Parole all had previous experience with other great bands, recording albums and touring on an international level.”The band was new but all of us were veterans of the music business already.”

Could you talk about the Covid-19 situation? Do you think live concerts will ever be the same?

“I’m no expert on what is happening worldwide with Covid 19. It doesn’t look good for public gatherings in the near future. Playing to half houses will be less fun. We are really sad as we have had to drop our Born Innocent Word Tour that was scheduled to start in August 2020. The dates have been moved to 2021. Hopefully then we can play for all our friends and resume having a great time on the road. I wish everyone everywhere good health and prosperity.”