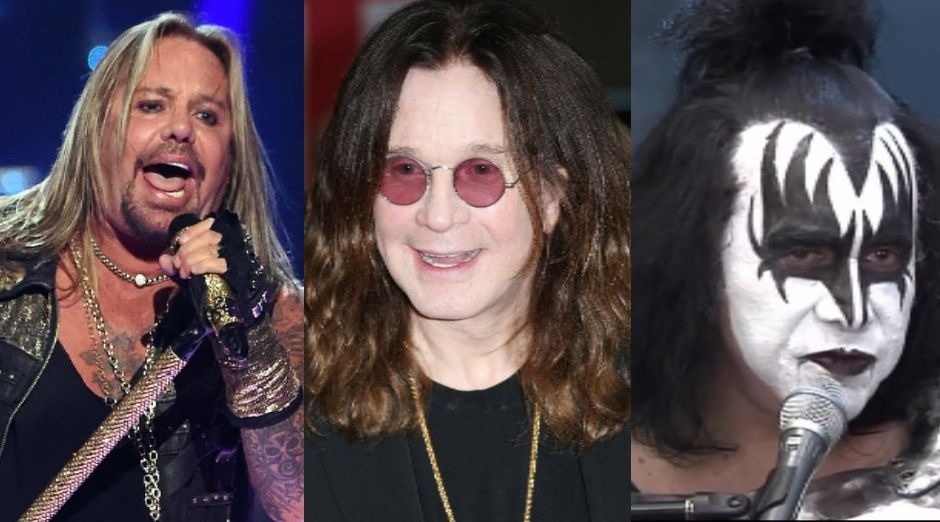 Since the rockstars are getting older each passing year we are seeing more and more farewell tours from our favorite bands, but, some of them have already made a tour saying goodbye and came back sometime after that. So, we’ve prepared a list of 8 bands that got together again and toured even after their “Farewell Tour”.

Bands that toured again after the Farewell Tour:

Mötley Crüe’s “last show” happened back in december 31, 2015 in Los Angeles. At the time, bassist Nikki Sixx said that there were no amount of money that would make him comeback to the band. However, in 2019 after the success of their biographical movie “The Dirt” they exploded the contract that said they would never tour again and Motlëy Crüe will tour again in 2020.

On the eve of the Japanese and Australian leg of the Farewell Tour on January 31, 2001, Criss suddenly left the band once again, because he and the band could not come to agreement with his contract salary. Taking his place was previous Kiss drummer Singer who, in a move that was controversial among longtime fans, assumed Criss’s Cat persona as the Farewell Tour continued.

With the band supposedly set to retire by early 2001, a career-encompassing collection entitled simply The Box Set, consisting of 94 tracks on five CDs, was released in November of that year, while the summer saw perhaps the most outrageous item of Kiss merchandise yet – the Kiss Kasket. In introducing the Kiss Kasket, Simmons quipped, “I love livin’, but this makes the alternative look pretty damn good.”

Despite claims made prior to the Farewell Tour that it would be the group’s last, Kiss toured with Aerosmith in 2003. Frehley announced that his departure from the band was permanent, stating that he believed the Farewell Tour would be Kiss’s last, and that he did not want to open for Aerosmith. He was permanently replaced by Thayer, as Kiss moved into a post-reunion phase that saw the band easing into a new lineup, permanently featuring Thayer as “Spaceman” and Singer as “the Catman”.

Townshend wanted the Who to stop touring and become a studio act; Entwistle threatened to quit, saying, “I don’t intend to get off the road … there’s not much I can do about it except hope they change their minds.” Townshend did not change his mind, and so the Who embarked on a farewell tour of the US and Canada with the Clash as support, ending in Toronto on 17 December 1982.

Townshend spent part of 1983 writing material for a Who studio album owed to Warner Bros. Records from a contract in 1980,[241] but he found himself unable to generate music appropriate for the Who and at the end of 1983 paid for himself and Jones to be released from the contract. On 16 December 1983, Townshend announced at a press conference that he was leaving the Who, effectively ending the band.

After the Who break-up, Townshend focused on solo albums such as White City: A Novel (1985), The Iron Man (1989, featuring Daltrey and Entwistle and two songs credited to the Who), and Psychoderelict (1993). They eventually came back together.

In 1992, the legendary Ozzy Osbourne guaranteed that he was retiring and the tour wass called “No More Tours”. However, in 2018, the Prince of Darkness announced the No More Tours 2.

Is another musician that is since 2018, in it’s second farewell tour. In 1977, however, Elton John’s first goodbye occurred and the thing was a little offhand.

In 1977 he announced, “I’ve made a decision tonight that this is going to be the last show. There’s a lot more to me than playing on the road and this is the last one I’m going to do.” That retirement from the road lasted a grand total of two years.

Judas Priest announced their farewell tour back in 2011 but they eventually cameback and they continue to tour celebrating more than 50 years on the road.

In 2010, James Murphy announced the end of LCD Soundsystem. The band even played an anthological show at Madison Square Garden in New York City in 2011, which lasted more than 3 hours – all in 2016 to announce a comeback, including a new album.

In 2009, frontman Trent Reznor said he needed to stop so as not to become Gene Simmons (KISS), “an old man who puts on makeup to entertain children, like a clown going to work.” Four years later, he changed his mind to feel “more energized and inspired” than in the past and it’s been two albums since then, Hesitation Marks (2013) and Bad Witch (2018).