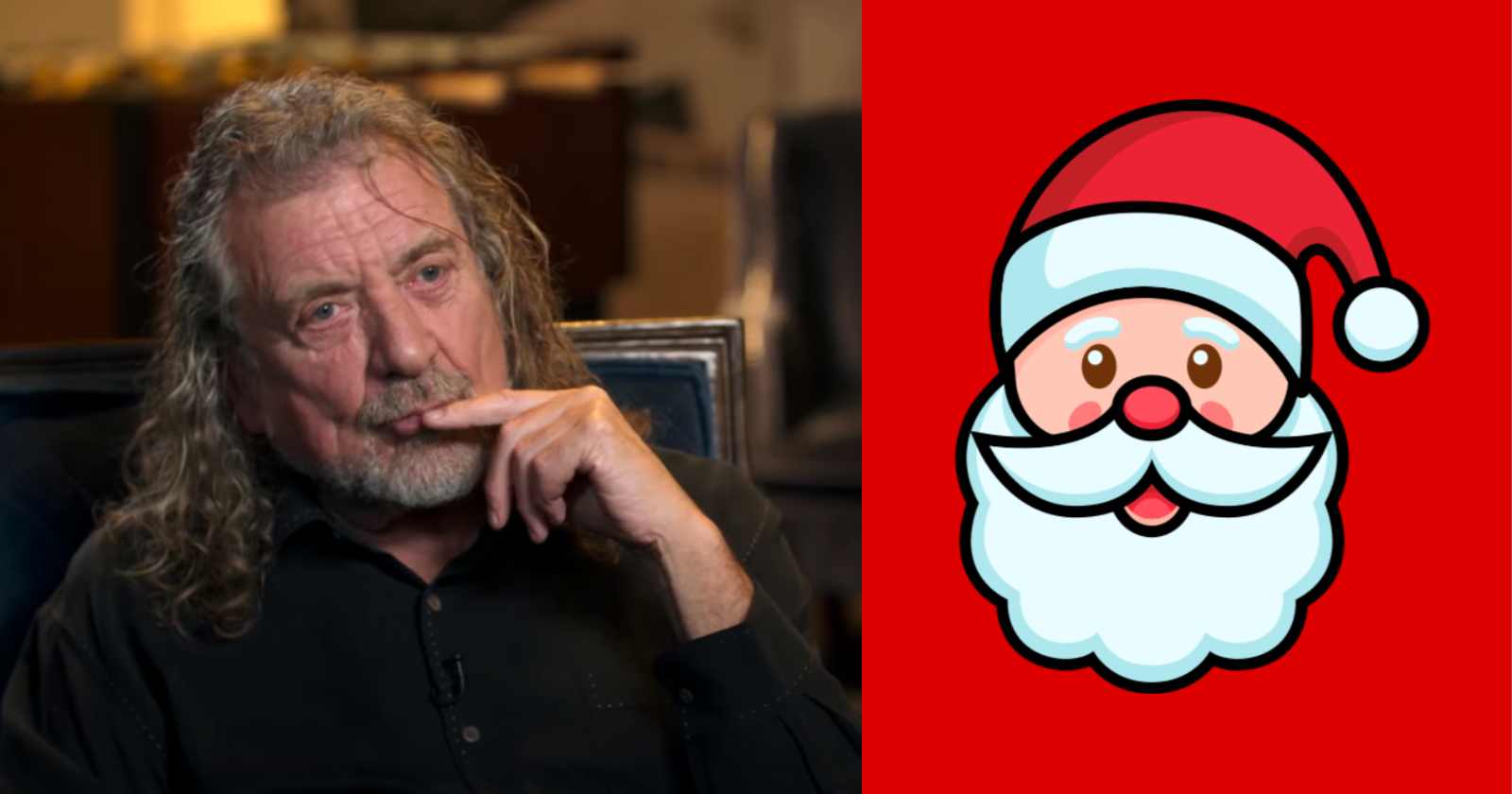 Christmas is always a very special time of the year, where everyone celebrates life and all the people they love. Besides the decoration and Santa Claus, something that is always present are the classic Christmas songs. Curiously, the legendary Led Zeppelin vocalist Robert Plant is a big fan of some of those famous tracks as he revealed participating in the BBC Radio 6 show “6 Music’s Festive Takeover” back in 2021 (Transcribed by Rock and Roll Garage). The musician listed the 5 Christmas songs among some of his favorites of all time.

“No excuses there, it must be coming soon. The Drifters from 1954 featuring Clyde McPhatter who was just one of the many singers who passed through The Drifters. McPhatter’s voice was insane, just so good and he was followed by five or four vocalists later, by the great Ben E. King, who I was so fortunate to get to know. I mean, when I was just a kid, McPhatter and King were my go-to voices.”

“Ahmet Ertegün, who signed Clyde McPhatter he saw him with Billy Ward and The Dominoes one night up in Harlem singing and he found out that he had left The Dominoes. He told me he looked in the phone book and there was only one McPhatter and he was a reverend. So he called him up and sure enough, Clyde McPhatter’s father had the same sort of virtually falsetto talking voice as his son had singing.”

“So Ahmet said he got in the car, went to the address and parked on the street until Clyde McPhatter got out of a cab. Then (laughs), Ahmet rushed across and said: ‘Hey, you wanna join Atlantic Records?’ And he signed him on the sidewalk there. What a story, I’ve got too many stories,” Robert Plant said.

As the Led Zeppelin vocalist said, “White Christmas” was released by the Drifters in 1954 and peaked at number 2 on the Billboard’s Rhythm & Blues chart. The track also was featured on the two successful Christmas themed movies: “Home Alone” (1990) and “The Santa Clause” (1994). The song was originally written by Irving Berlin for the musical film “Holiday Inn” in 1942.

“Great, how about that? The great Leadbelly ‘Christmas Is A-Coming’. Leadbelly, where do you begin and end with this guy? Well, we’ve all lent on his songs and he also lent on the stuff that came over from the United Kingdom and Ireland into the United States.”

“Made it’s way to the country off the eastern seabord. (It) was the sort of swing between black guys singing white songs and white guys singing black songs and the songs actually having questionable points of where they actually began.”

“On ‘Led Zeppelin III’ we took ‘Gallis Pole’ and turned into our own ‘Gallows Pole’. If you have not heard this guy before just listen to ‘In The Pines’ and listen to ‘Black Betty’. Just listen to Leadbelly,” Robert Plant said.

Leadbelly was born in Mooringsport, Louisiana, United States back in 1888. He is remembered for his strong vocals, talent on the 12-string guitar and for the folk standards he recorded.

“It’s nearly Christmas, what that might mean? Here is the Ravens, they might give us an answer,” Robert Plant said.  “Silent Night” is a popular Christmas carol composed in the small town of Oberndorf bei Salzburg in Austria, back in 1818 by Franz Xaver Gruber, with lyrics made by Joseph Mohr. The Ravens re-recorded the song in 1948.

They were an American Rhythm & Blues group active from 1946 until 1958. Also were one of the most successful quartets of that period and had several hits on the charts. Some of their most famous songs are “Count Every Star”, “My Baby’s Gone”, “Who’s Sorry Now” and “White Christmas”.

The song was inspired by a French song called “Patapan”. One night when Katherine was trying to sleep, she was obsessed with the French tune. Then “Patapan” translated in her mind to “pa-rum-pum-pum”, what developed the rhythm for what it would become “Little Drummer Boy”.

It also was successfully covered by Bring Crosby and David Bowie in 1977 for a TV special.

“Let’s play out with the master. Check at the very end of this track, this is what I live to hear. So this is James Brown singing the great Charles Brown ‘Please Come Home For Christmas’. Take it easy, all the best, bye, bye,” Robert Plant said.

The song “Please Come Home For Christmas” was originally writteny in 1960 by Charles Brown and Gene Redd, being released in the same year by Brown. The track was covered by James Brown six years later on his 1966 and first Christmas album: “James Brown and His Famous Flames Sings Christmas Songs”.