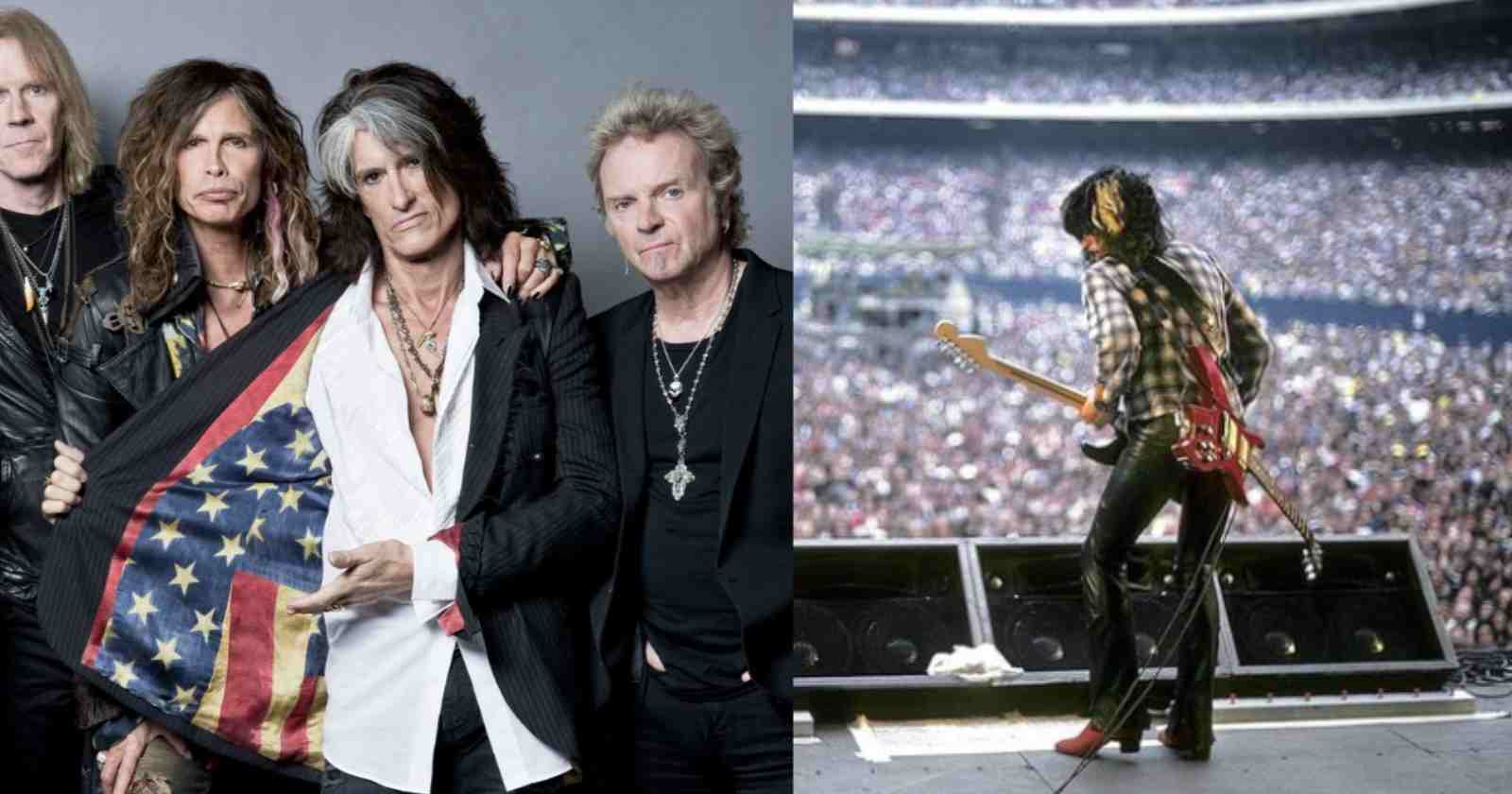 The American state of Texas gave the world many incredible musicians, especially Blues guitarists and in an interview with The Austin Chronicle back in 2004, Aerosmith guitarist Joe Perry listed his favorite ones from the state.

“Johnny Winter is probably my biggest influence as a contemporary slide guitar player. We’re talking technical hit-me-over-the-head ability. He’s so unique, because there’s such a mismatch of so many different talents. He sounds like an old soul. It was always, ‘Where’s that coming from?’ His playing is just so amazing. And his slide playing, stuff like Son House and Fred McDowell, he just took it electric. He did to slide playing what Jeff Beck did to that other kind of blues playing.”

“And then there’s Stevie Ray Vaughan. Stevie was one of the few that really captured it for me. A lot of people can imitate the blues, but very few lived it. And it came out in his playing. I’m still stunned that Stevie Ray Vaughan isn’t with us. I remember when I heard the news. I was in Barcelona, and it was just devastating. Really devastating.”

“There’s also ZZ Top. I still learn a lot from Billy Gibbons – every lick, old or new. They’re one of the few bands that managed to keep the distance between blues and rock very short. They do rock & roll, but you can hear the blues bubbling under. To me, it’s modern blues. Billy’s amazing.”

Born in Beaumont, Texas back in 1944, the late guitarist Johnny Winter, who died at the age of 70 in 2014 was one of the most importante Blues guitarists of all time. Known for his high-energy Blues rock albums he also produced 3 Grammy Award-winning albums for Muddy Waters.

In an interview with Classic Rock back in 2014, Joe Perry recalled the first time he saw Johnny Winter playing live: “I remember going to see him at a club called the Boston Tea Party in Boston in 1969. That was Johnny and Rick Derringer, and it was a really kick-ass rock band. That show got me to put a slide on my finger. And I haven’t put it down since.”

Johnny Winter invited Joe Perry to play with him on his final album “Step Back” and is featured in the track “Mojo Hand”, a Lightnin’ Hopkins cover.

Born in Dallas, Texas back in 1954, Stevie Ray Vaughan tragically died at the age of 35 in helicopter crash in 1990. The influential guitarist revived the Blues in the 80s with successful albums and even played with David Bowie on “Let’s Dance”. He was the younger brother of guitarist Jimmie Vaughan.

In an interview with Music Radar back in 2004, Joe Perry praised the guitarist saying: “I think Stevie Ray Vaughan was one of the best guitarists to get something new out that space. He knew his chops, obviously, and he’d paid his dues too. But he also wrote a lot of cool songs that crossed over into rock-land.”

“Stevie played the blues but he also wrote hits, and that’s a cool thing. Jack White from The White Stripes is doing the same thing now. He’ll play songs in concert and I guess a lot of fans won’t know what it is – it’s Son House.”

Born in Houston, Texas back in 1949, Billy Gibbons is ZZ Top’s singer and guitarist since 1969 and is one of the most important and successful Blues Rock musicians in history. He was inducted into the Rock and Roll Hall of Fame as a member of the power trio in 2004 by Keith Richards, who said “these cats know their Blues and they know how to dress it up”.

Aerosmith and ZZ Top toured together back in 2009 in North America. At the time, Joe Perry talked about the tour in an interview with Billboard praising Billy Gibbons: “To have to follow them is gonna be a mouthful every night. And I know it’s gonna kick us into overdrive. That sounds like a cliche, but when you play with a band like that…we’ll be out listening a lot ’cause I love them. I always have. And I love Billy’s (Gibbons) playing.”