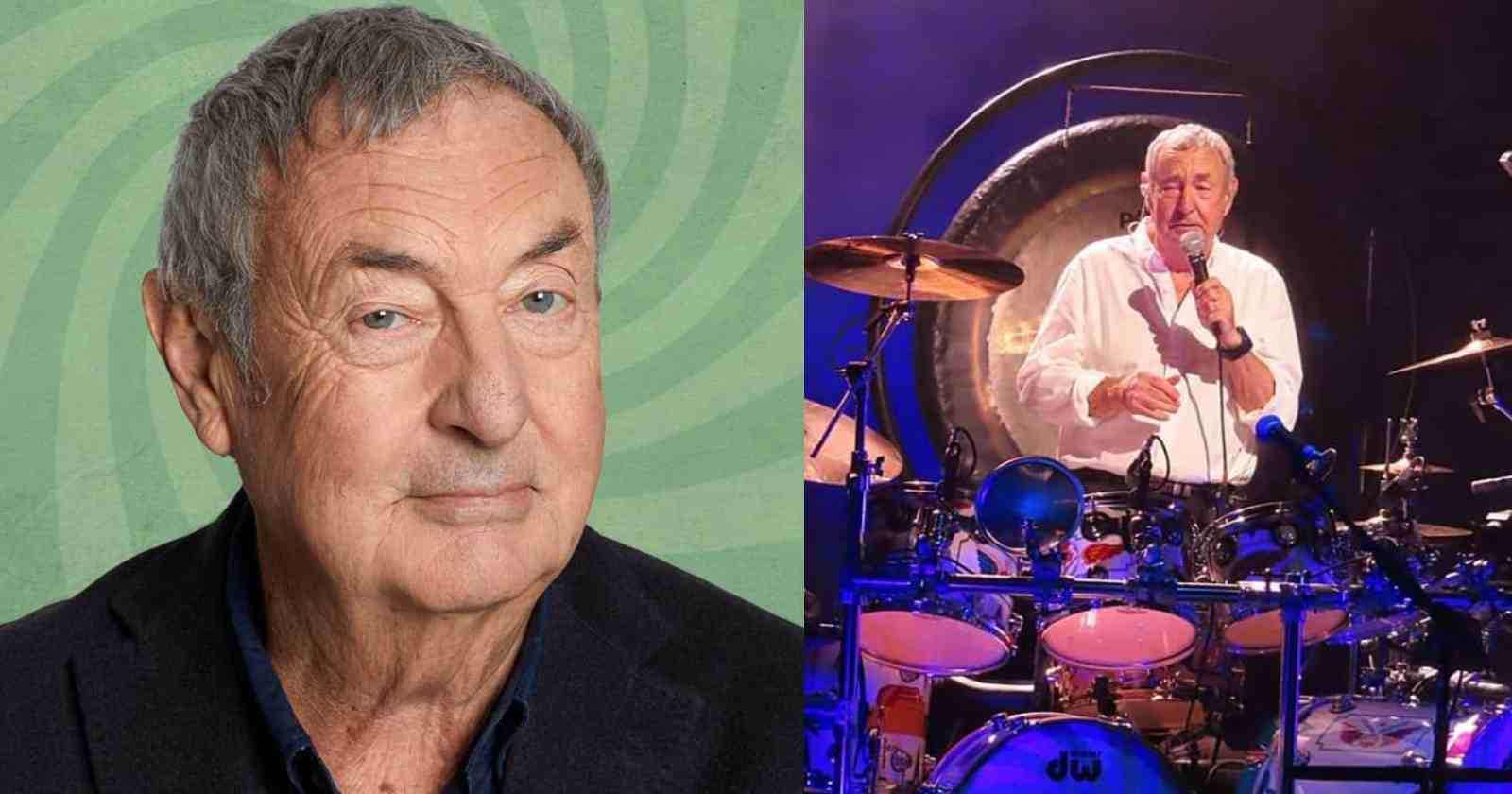 One of the biggest Rock and Roll bands of all time, Pink Floyd inspired millions of musicians over the decades with classic albums like “Dark Side Of The Moon” (1973) and “The Wall” (1979). The group’s drummer Nick Mason also became a reference for musicians and in an interview with Planet Rock’s Mark Jeeves (Transcribed by Rock and Roll Garage) back in 2018 he listed some of the drummers that inspired him the most.

“I loved that you (The interviewer) used the workd cantankerous for describing Ginger. Absolutely terrific character. But he was so influential because I wouldn’t be here now if it wasn’t for Ginger. That moment when Cream were playing at the Regent Street Polytechnic and I’d heard records but I haven’t seen them. The curtains went back and there was Ginger, front rather than the back (of the stage). I think they started with ‘NSU’. And I just thought ‘That is drumming. That’s what I’d like to do”.

One of the best drummers of all time Ginger Baker that made history with Cream alongside Jack Bruce and Eric Clapton. The musician that was also known as a difficult person the deal with also had side projects like Ginger Baker’s Airforce.

Nick Mason was questioned by the interviewer how Keith Moon influenced him, since they had very different styles and the Pink Floyd drummer replied, saying: “It’s extraordinary, if you actually go back to it. You look at it and think ‘I’ll try that’. It can just be the way that Keith held the sticks. Or could be the way that he sort of set his cimbals in a particular way. You would look at and say ‘Oh, I’ll try that!”.

In an interview with Ken Bruce at the BBC radio show “Tracks Of My Years” back in 2020 (Transcribed by Rock and Roll Garage), the musician listed The Who’s “‘My Generation” as one of his favorite songs of all time. He explained, saying: “A huge influence I think in me in particular. I mean, once you’ve met Keith Moon you sort of lived and I didn’t know him that well. But we spent some time together. We did some shows where we were supporting The Who. We did some radio show afterwards. Keith on radio was an extraordinary event in itself. It was like having the circus but just in one man.”

In an interview with Jeremy Clarkson back in 2018, Nick Mason and The Police drummer Stewart Copeland revealed that Mitch Mitchell was their favorite drummer of all time. In a conversation with Reader’s Digest in 2020, Mason recalled what was like going on tour as Jimi Hendrix’s opening act and Mitchell: “Jimi Hendrix was lovely man. We supported him on tour in the late Sixties and he was charming. Softly-spoken and absolutely not the wild man. Through him I became friends with his drummer, Mitch Mitchell, who was a big influence on my playing.”

Mitch Mitchell played with Jimi Hendrix on the albums: “Are You Experienced?” (1967), “Axis: Bold as Love” (1968) and “Electric Ladyland” (1968). In an interview with Steve Barker in 1967, three years before his death, Jimi Hendrix was asked if he had seen Pink Floyd and he said: “I’ve heard they have beautiful lights. But they don’t sound like nothing.”

Nick Mason was born in Birmingham back in January 27, 1944. While studying architecture at the Regent Street Polytechnic (now the University of Westminster), he formed a band, Sigma 6, an early incarnation of Pink Floyd, with Roger Waters, Bob Klose and Richard Wright in 1964.

In 2018 Mason formed his band Nick Mason’s Saucerful of Secrets that performs only Pink Floyd’s early psychedelic songs. Influenced by jazz and big band music, Mason embraced acoustic drums (both single and double headed). Also tuned percussion, electronic drums and Rototoms, melding all of these into a melodic whole.