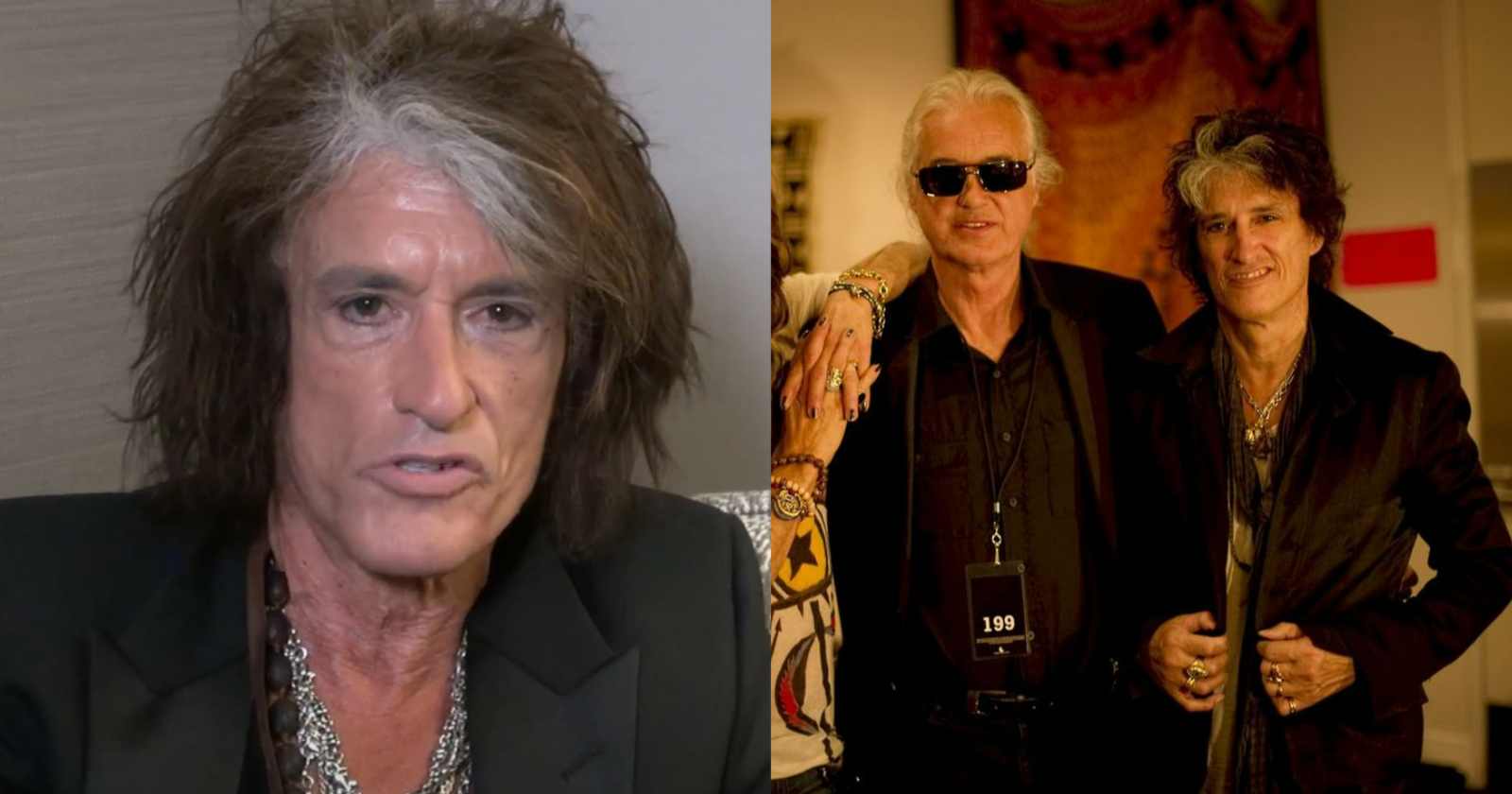 One of the most influential American guitarists, Joe Perry made history with Aerosmith. The band became one of the best-selling bands of all time releasing successful albums in the 70s, 80s and 90s. Even though he was born in Lawrence, Massachusetts back in 1950, the musician was influenced mainly by the “second wave of British Rock bands”. In a conversation with Premier Guitar back in 2010, Perry listed 3 bands of that era as influences and Rock and Roll Garage selected what the musician said about them and his connection with their music that was ever covered by Aerosmith.

One of the bands that inspried Joe Perry the most was The Yardbirds. The British group famous for having the three famous guitarists Eric Clapton, Jimmy Page and Jeff Beck, who later on formed more succesful projects and bands. The Aerosmith guitarist told Rock Scene Magazine back in 2018 that “The Yardbirds had a sound like I have never heard before. They had guitars that sounded like nothing that I have ever hearded before.”

One of The Yardbirds most famous songs was their cover of the Tiny Bradshaw  song “Train Kept A Rollin'”. Aerosmith covered the version that the British group made and released on their 1974 album “Get Your Wings”. The song became present on the band’s setlist over the decades.

In a conversation with Bob Schallau back in 2017, Perry recalled when Aerosmith had the experience of playing that song and many other from The Yardbirds and Led Zeppelin live with Jimmy Page back in 1990 at the Marquee Club in London. “Our soundcheck was about five hours long. We played every Led Zeppelin and Yardbirds tune we knew with Jimmy. It was just amazing. That was really the high point of it.”

“We had those songs down. We were able to give the fans a real taste of our dream; coming from that generation of being influenced by Led Zeppelin and The Yardbirds. That era was just amazing.”

The Who is another important band for Joe Perry. They had big impact on him in especially in the early days because he had the chance to see them live in concert before he became a star with Aerosmith.

The musician played consistently The Who classic “Baba O’ Riley” from the 1971 album “Who’s Next” with the supergroup Hollywood Vampires. Besides Perry the band also had Alice Cooper, the godfather of Shock Rock, and famous actor Johnny Depp. The band also covered two other Who songs on their self-titled debut album released in 2015: “I’m A Boy” and “My Generation”.

One of the bands that could be more easily compared with the early Aerosmith sound is the era of guitarist Peter Green with Fleetwood Mac. The American guitarist told Progress Index in 2015 that he wouldn’t be doing the kind of music that he did if it wasn’t for Green. “I wouldn’t be doing what I’m doing if I hadn’t had the influence of (Green). His playing and the way that band worked, that had a big influence on what I envisioned Aerosmith should be.”

“You can follow the trail back quite a ways and see where the influence comes from. We’re just one more part on the chain. There are bands that come up to me and say, ‘You are the first rock show I went to and I wouldn’t be playing guitar now.’ He also told Glide Magazine back in 2014 that he had the chance to see Fleetwood Mac a lot live in concert when they played in Boston.

“Peter Green, he seemed very unlike a lot of the other guitar players. He wasn’t all wrapped up in himself. They played like a band. They were all equal, so to speak. Granted, he was the main songwriter and the main singer. But he would stand back and let one of the other guitar players play three or four songs. Also sing lead and just play backup. So I learned a lot watching him play.”

Originally released as single by Fleetwood Mac back in 1969, the classic song “Oh Well” was covered by Aerosmith on their 2004 album “Honkin’ on Bobo”, which had only covers of Blues songs. The song and another Mac classic “Stop Messin’ Around” were also in the setlist of their shows.