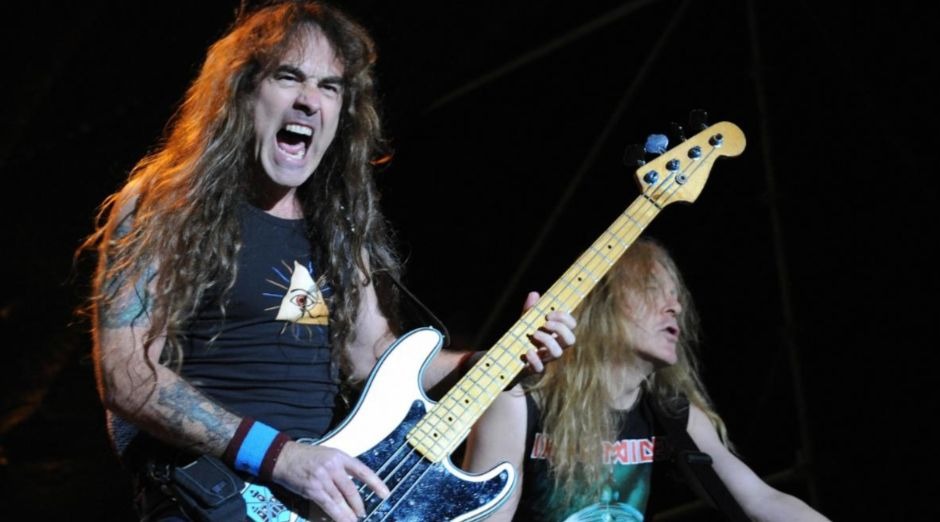 Iron Maiden‘s leader and bassist, Steve Harris is considered one of the best in his instrument. Being responsible for many amazing bass lines in Maiden. In an interview with Guitar World he revealed his favorite bass lines. Among them are classics and other not very famous songs.

6. The Red And The Black

“I actually had the intro a while back but never really worked out what could go with it. It just felt like the time was right to work on it. I think it has a Spanish influence, which tied in with the [meaning of the] song itself. I’m really happy with the result.”

“That was one of the early ones where I thought some interesting musical stuff was going on. We pushed the boundaries a bit with that. Again, there was a lot of pressure. The Number of the Beast was Number One in the UK and that puts you under a lot of pressure. But I think we’ve always thrived under pressure.”

“Piece of Mind was Nicko’s [McBrain, drums] first record with the band. His playing is very different than Clive [Burr, original Maiden drummer] and changed the flavor of the band.

“He didn’t write anything and we just carried on writing as we would, but we did experiment with a few things like the Where Eagles Dare drum pattern. I tapped that out on my legs for him, and I can’t play bloody drums to save my life [laughs].”

“Before the first album we had like four and a half years-worth of songs and then there were only three new songs on Killers – 80% or 90% of that material was also from the first four years. By the time we got to The Number of the Beast there was nothing left.

“I remember thinking, ‘Christ, not only do we have a new singer, but we don’t have any songs left [laughs].’ That was a fair bit of pressure there.”

“That was from before I even formed Maiden. I did the opening riff with another band, called Smiler, but it was called something else.

“The rest of the song was changed later, but the intro is probably from around the same time I wrote Burning Ambition [UK B-side to 1980 single Running Free], which was the first proper song I ever wrote.”

1. Phantom Of The Opera

“I wrote that in the back room at me grandmother’s house. I was living with her at the time. Lucky enough for me I had me own little room there because the uncles and aunts all left home. I remember thinking at the time I thought I had something pretty good.”