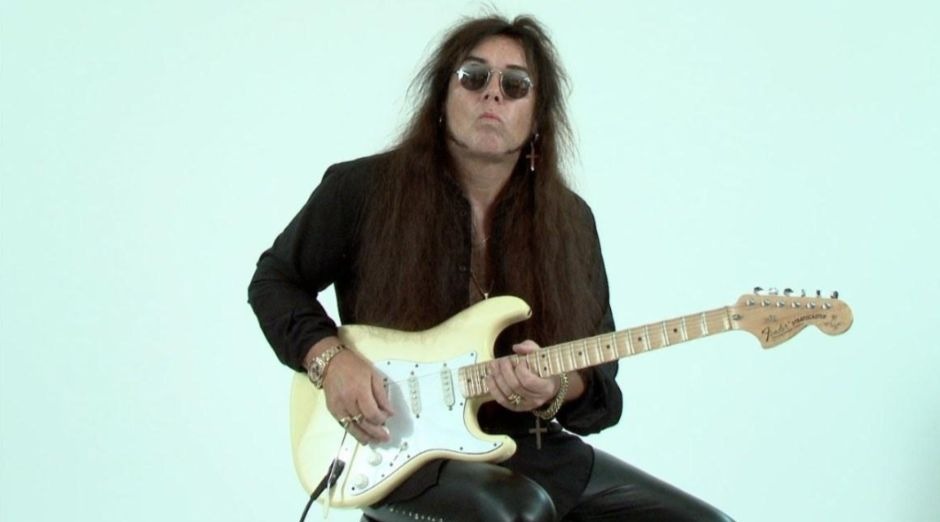 Virtuoso guitarist Yngwie Malmsteen is known for his fast playing and amazing classical background that made him a unique musician. He revealed in an interview with Music Radar in 2019 a list of 10 guitarists who blew his mind. However, he stated that non of them were a influence to him.

Yngwie Malmsteen and the 10 guitarists who blew his mind

“Okay, so 10 guitar players who blew my mind? There are so many good players out there, but I’m not influenced by any of them. I don’t want to misconstrue myself; I’m inspired by classical violin, mainly Paganini, Vivaldi and Tchaikovsky – so let’s call this the 10 guitar players who impressed me…”

“I disagree with the idea Ritchie was the first to bring classical ideas to guitar; that’s a large misconception. He’s a blues guitar player”

“When I was eight years old, the only guitar player I knew was Ritchie Blackmore. I thought he was extremely good and I still think he’s good. I disagree with the idea he was the first to bring classical ideas to guitar; that’s a large misconception. He’s a blues guitar player, Made In Japan is a blues album – let’s not be confused about this. It’s all pentatonic blues, extremely good pentatonic blues, to be fair. In Rock is a fuckin’ incredible… his playing was really good on that!”

“As for classical, my introduction came from Genesis’s Selling England For The Pound… that’s what brought all the harmonic minors, inverted or suspended or diminished chords and pedal notes to my ears. I thought that album was great. Then I listened to my mum’s Bach and Beethoven records. But when I heard Paganini, everything else meant nothing to me anymore…”

“Angus is a very underrated player. He’s super-tasty and always good! It’s still blues, though, even when he does his big solo. Classical isn’t just little triplets here and there; it’s your entire mind being released from the pentatonic box – a linear kind of playing. And no-one really does that…”

“To play classical, you need to throw everything away and think in a completely new manner. What’s my favourite AC/DC riff? I love them all, but Hells Bells is amazing,” Yngwie Malmsteen said.

“Brian May is someone that I like in general – he’s very inventive when it comes to tones, playing with a coin and having all those pickup configurations.”

“I remember hearing Queen when I was just a little kid and being impressed by the whole sound of the band. Brian tends not to stick to just pentatonics, either; he mixes it all up, which is how I like to think, too.”

“If there was one guitarist that actually did blow me away, it would be Allan Holdsworth. I remember hearing U.K. and not knowing what the fuck to think. It was just so good… so fucking good. He was one of the few guitarists I can think of that modelled his playing on another instrument.”

“For him it was saxophone and for me it was violin. So we’re unique in that sense – almost all the other guitarists out there were influenced by the same kinds of sounds. I think a lot in minor thirds, while with Allan it was more whole tone and chromatics. But he did it in the best way… that guy could play the fuckin’ phonebook and it would sound good, ” Yngwie Malmsteen said.

“Not just any old neighbour, though! Al Di Meola lives basically next door to me. His picking is fucking ridiculous; he’s a perfect example of a great player.”

“That Elegant Gypsy album still stands tall to this day, as well as Friday Night In San Francisco, too. We have gone for dinner and jammed together – the last time was a while ago now, but it’s always fun. We might do something properly one day, who knows!”

“Jimi Hendrix was the guy that turned the guitar up… that’s what he did! Obviously there’s a cover of Purple Haze on my new album, but I’ve done Spanish Castle Magic in the past, which is another of my favourites.”

“We did Little Wing on one of the G3 tours… it’s a great song, but not actually one of his best. I prefer the groovy shit like Little Miss Lover, which I also covered for this new album, though I think it ended up being a bonus track,” Yngwie Malmsteen said.

“I think maybe the first kind of blues I ever heard was John Mayall And The Bluesbreakers. I didn’t really even know who it was playing, but it kinda registered this was how you do the blues. And then Cream were really good… you could say it was the heavy metal for its time, for sure!”

“I don’t have any favourite Clapton solos as such, but there are certain songs like Stepping Out that I love. I’ve never met Eric Clapton, which is too bad because we’re both Strat and Ferrari men… he knows the deal, haha!”

“I was 13 years old when that first fuckin’ album came out and it definitely caught my attention. Like I said, I wasn’t into guitar players back then; it was all about classical. But what I loved about them was the rawness of it all – no overdubs; they just went in and fucking did it.”

“He didn’t have a Floyd Rose for those early records; it was just a vintage Fender bridge. I found those kind of locking vibrato arms kills the sound of the guitar. I use vintage trems and float my bridges quite a bit – usually about 5mm up so you can pull up, but not the whole way. Eddie’s tone was great: just a 1959 Marshall all the way up and nothing turned down!”

“This is getting embarrassing; I’m running out of guitar players… is it too late to change this to my top 10 classical composers?! Haha! Well, I did a tribute thing to Jimmy Page along with Al Di Meola years ago.”

“I like him because he has a very broad view for a guitar player – understanding their songs as a whole. I really like the experimenting they started doing later on. And a lot of those classic recordings were done with a Telecaster. I heard about that new Fender reissue; I have to get one…”

“Which reminds me, there’s also a new Malmsteen 30th anniversary model coming out soon. It’s done – they’ve sent me four prototypes, which are sick! The main difference is it has a maple cap, a ‘68-style neck and different colours, so I’m really proud of that. And the fact it’s my 30th anniversary, too, of course… I’m still here!”

“Uli is another friend of mine that should be in this list… but this last spot has to go to Steve Vai. I think he’s an original guy. We’ve started doing Black Star together on the Generation Axe tours, which is pretty insane to see.”

“He really does have his own style and there’s a lot to be said for that. Identity is one of the most important things when it comes to guitar playing!”