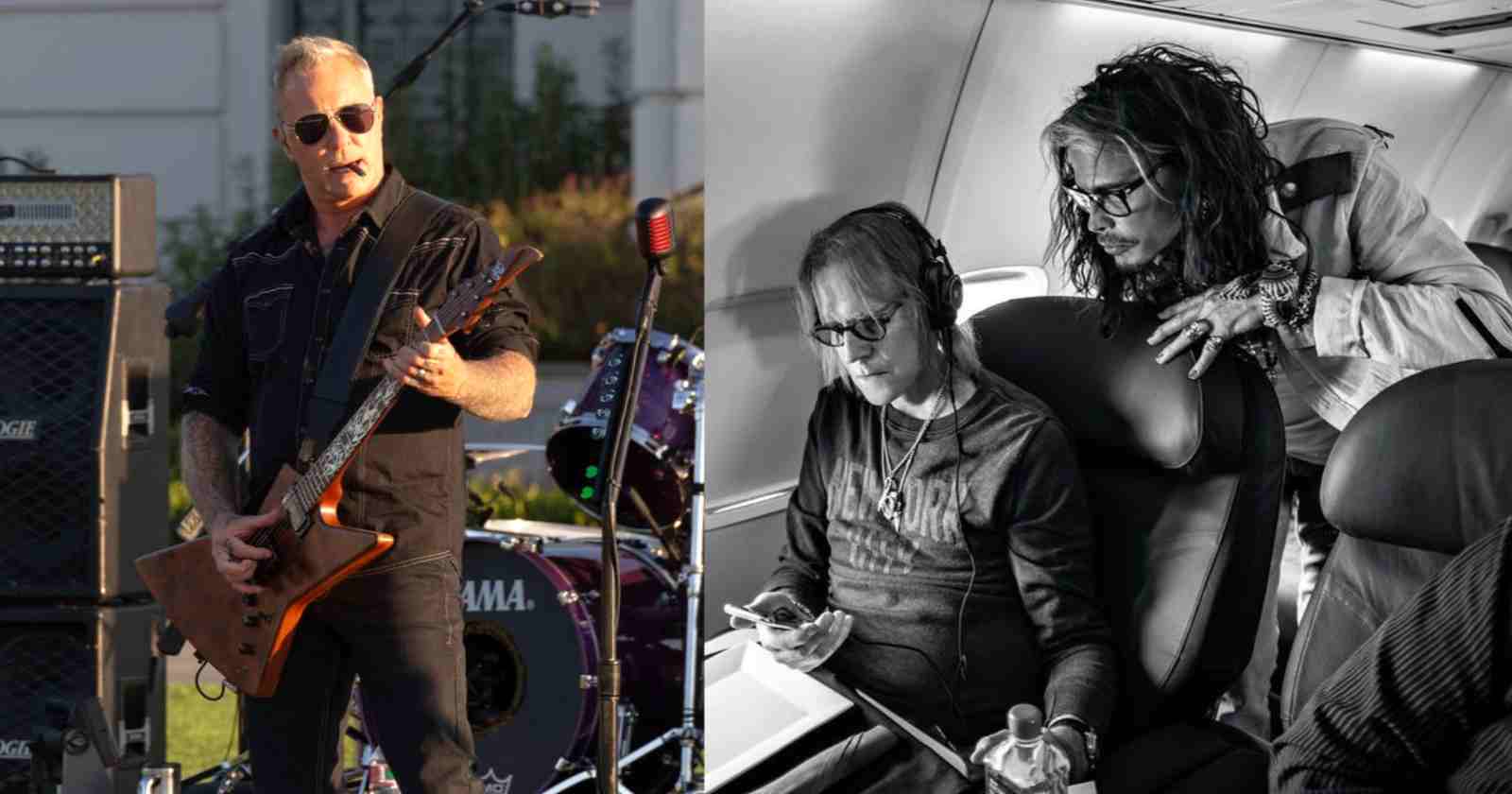 Images by Brett Murray and @zack.whitford

Metallica vocalist and guitarist James Hetfield was a big Aerosmith fan especially when he was a young kid and as he revealed in an interview with Rolling Stone back in 1993 he used to write letters for the Hard Rock group.

Why James Hetfield wrote letters for Aerosmith when he was a teenager:

“I wrote letters to Aerosmith. They were my all-time favorites back then. I wanted the lyrics. “Man, I can’t understand what the fuck he is singing. Can you please send me the lyrics?” I sent it to Steven [Tyler], Joey [Perry], Tom [Hamilton]. . . . I put all their names on the letter. Of course, I expected something back. I had no idea of the magnitude of it all.”

“Because they were so personal to me. I could feel their music, they were my buddies. And I didn’t get anything back. I got an order form for a Draw the Line T-shirt. Wow, thanks a lot. When we started getting more into the music and meeting these people, it was, hell, they’re regular guys. They have problems dealing with the public. But I did learn a lot about how I would like not to treat our fans,” James Hetfield said.

He honored Aerosmith in 2002

Metallica was invited by MTV Icon (Transcribed by Rock and Roll Garage) back in 2002 to honor Aerosmith on the show and James Hetfield was one of the members of the Thrash Metal group that shared his love for the Hard Rock band from Boston and revealed his favorite song, saying: “I would just like to close my eyes and imagine myself in my room as that teenager listening to ‘Toys In The Attic’ and ‘Rocks’, playing them to the grooves were worn out, listening to every Brad and Joe lick toward the very end and I could sing everyo one of those things.”

“I would turn them up so loud to get every last note that the next song would scare the hell out at me. Especially little things like before my favorite song ‘Nobody’s Fault’, someone walked in the studio and I heard a door, I simply thought that was so cool, ‘they didn’t take that out!’”