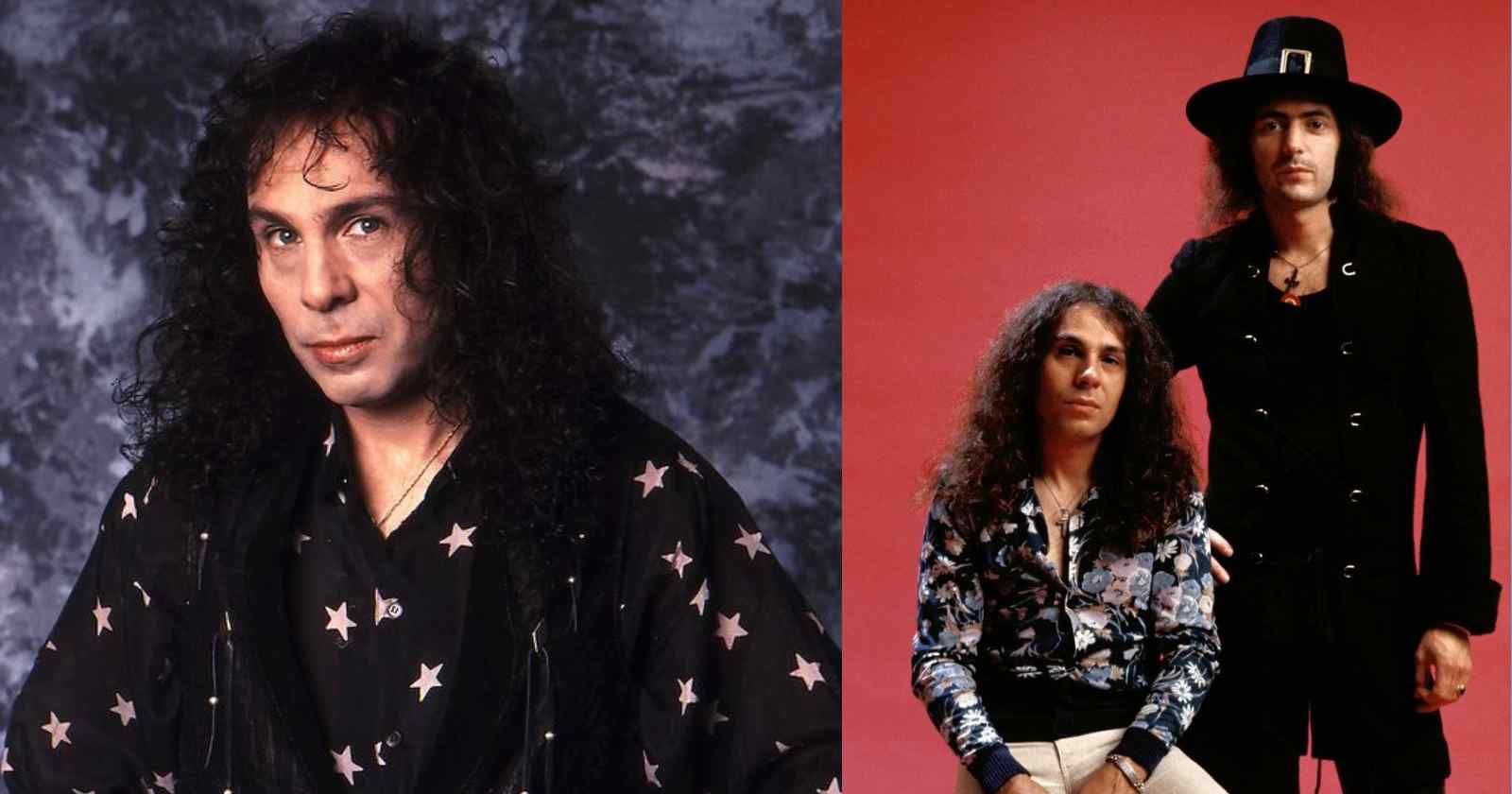 Formed by guitarist Ritchie Blackmore in 1975 after he left Deep Purple, Rainbow became one of the biggest Rock bands from the 70s also featuring the legendary vocalist Ronnie James Dio. Even though the American singer was part of the group only on three studio albums, he helped the band to create classic songs like “Man on the Silver Mountain”, “Catch the Rainbow”, “Stargazer”, “Long Live Rock ‘n’ Roll” and “Kill the King”.

After he left the group due to creative differences in the late 70s, Ronnie went on to released praised and successful albums with Black Sabbath and with his own band, Dio.

In an interview with Mark Kadzielawa back in 1994 (Transcribed by Rock and Roll Garage), the vocalist commented on many albums of his discography and named the Rainbow album that in his opinion was the best one.

Which was the best Rainbow album according to Ronnie James Dio

For Dio, the most important album for him was Elf’s debut and the second most important of his career was the Rainbow debut, because both marked beginning’s of a career. About the first Rainbow album “Ritchie Blackmore’s Rainbow” (1975), Dio said: “This is a wonderful album. Lucky again because it had three of the people who were on the back of this album (Elf’s debut), who played on this Rainbow album here, showing you how much I cared about them.”

“I mean, this was a band we were gonna stay with come hell or high water. Those were the people I grew up with and those were the people I wanted to play. At the end of the day and rightfully so we changed these people because they weren’t fitting in with what we were doing with Rainbow. But again, the first album with Ritchie was probably one of the most important steps in my life. Because it gave me a chance to learn how Ritchie did things. So I learned how to do things and how not to do things. It was thanks to him the beginning of my success,” Ronnie James Dio said.

He was a not big fan of “Rising”

Even though many fans often praise “Rising” (1976) as the band’s greatest record, Dio told Mark Kadzielawa that in his opinion only the first part of that album was good: “Well, ‘Rising’ (1976) is the album that everybody always says ‘Oh, this is one of the greatest.’ Nah, it was ok. This is the best album to me (The debut). This album (‘Rising’) is a bunch of self-indulgence shit on the second side as far as I’m concerned. I think the first side is great. It’s got real songs on it. The second one was ‘Hey, let’s play a drum solo for 18 minutes. Hey Ritchie, you can play guitar too,'” Dio said.

Only Dio and Blackmore were part of the first two studio albums. The debut had “Micky Lee Soule (Piano), Craig Gruber (Bass) and Gary Driscoll (Drums). On the second record they recorded with Cozy Powell (Drums), Tony Carey (Keyboards) and Jimmy Bain (Bass).

Those records had classic songs of the group like “Man on the Silver Mountain”, “Catch the Rainbow”, “The Temple of the King”, “Tarot Woman” and “Stargazer”.

During the same conversation he chose Rainbow’s live album “On Stage” (1977) as their greatest live record. He explained his choice, saying that it was made the way it is supposed to be. Because it was recorded live and was mixed in the studio, without any other recordings made in studio.

The singer said he was proud of that album and that Rainbow was “really, really great band” at the time. Besides Dio and Blackmore the band on the record was the same one that made “Rising” (1976).

Before leaving the group in 1979, Dio recorded the studio album “Long Live Rock ‘n’ Roll” one year before.

Rainbow and Dio still weren’t inducted into the Rock and Roll Hall Of Fame.