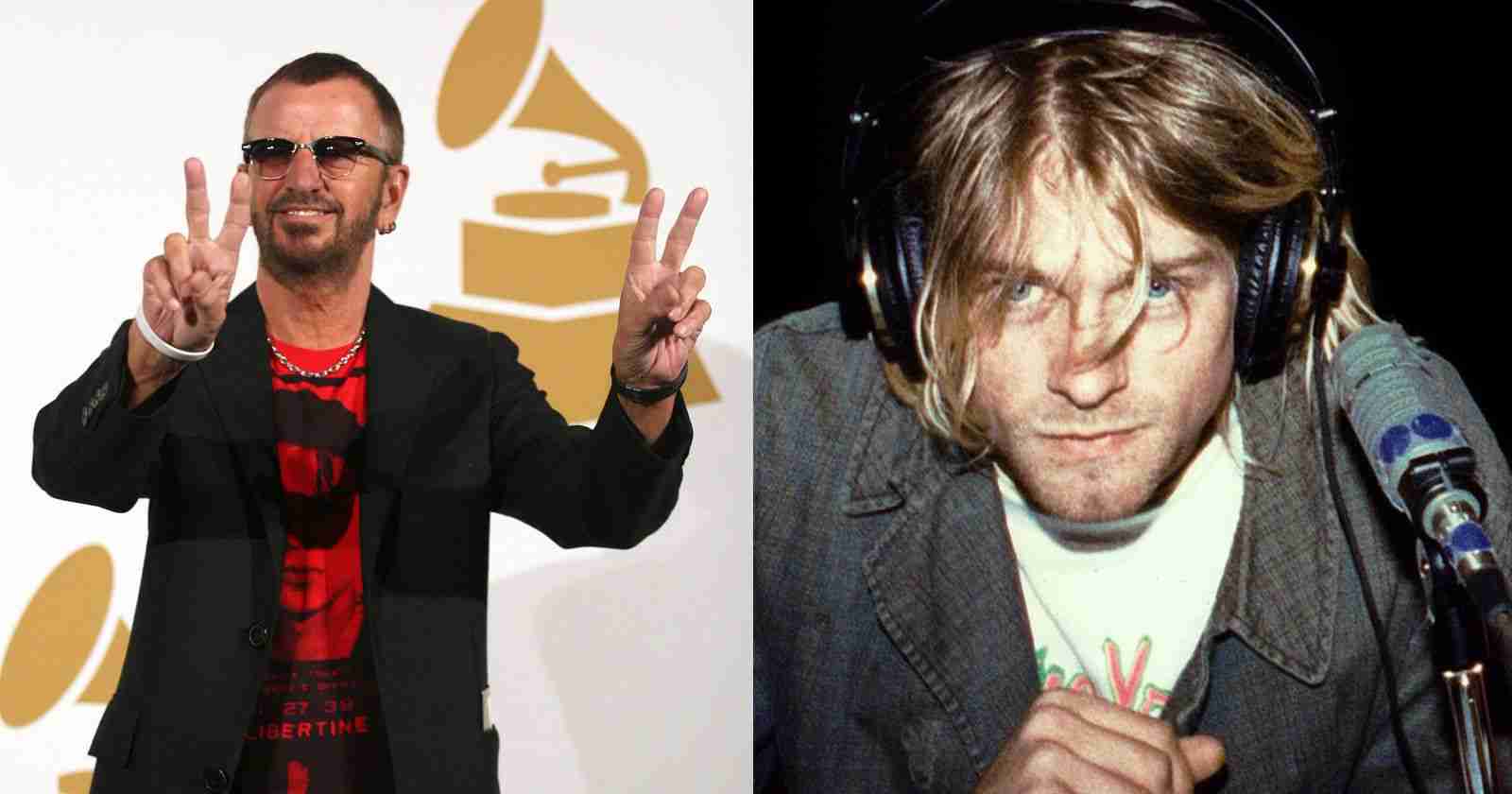 The Beatles drummer Ringo Starr is considered one of the most influential musicians on his instrument and in an special interview for Rolling Stone back in 2019 when Ringo and Foo Fighters’ Dave Grohl made questions to each other, the British drummer revealed his first impression on Nirvana.

“Absolutely great, and the man himself [Kurt Cobain] had so much emotion. That’s what I loved. I’m an emotional guy. No one can doubt Nirvana, ever. And who knew he’d end up where he ended up. I don’t think anyone who listened to music with any courage could doubt him, ’cause he was courageous.”

“I don’t know the end story, and it’s not about him, and we lose a lot of people in our business early. And you think, “How harsh must it have been?” I mean, “Why don’t you call me?” You never know. This is the famous 27-year syndrome. A lot of them went by 27, like it’s that number — what, had they got it all in by then? Or maybe that’s just the way God planned it; I don’t know.”

“When John went, I was in the Bahamas. I was getting a phone call from my stepkids in L.A. saying, “Something’s happened to John.” And then they called and said, “John’s dead.” And I didn’t know what to do. And I still well up that some bastard shot him. But I just said, “We’ve got to get a plane.” We got a plane to New York, and you don’t know what you can do. We went to the apartment. “Anything we can do?” And Yoko just said, “Well, you just play with Sean. Keep Sean busy.” And that’s what we did. That’s what you think: “What do you do now?””

“The interesting thing is this guy Jack Douglas, the producer, brought this track of John’s to me [“Grow Old With Me,” from Lennon’s 1980 “Bermuda Tapes” demos] just this year; I’d never heard it. So he’s still in my life. And so it’s on the new album. But why he gave me this CD is [because] at the beginning, John says, “Oh, that would be great for Richard Starkey,” Ringo Starr said.

Nirvana guitarist and singer Kurt Cobain was big Beatles fan and he revealed in an interview with Rolling Stone back in 1993 his favorite Beatles member and explained why he related with him.

“John Lennon was definitely my favorite Beatle, hands down. I don’t know who wrote what parts of what Beatles songs, but Paul McCartney embarrasses me. Lennon was obviously disturbed [laughs]. So I could relate to that.”

“And from the books I’ve read — and I’m so skeptical of anything I read, especially in rock books. So I just felt really sorry for him. To be locked up in that apartment. Although he was totally in love with Yoko and his child, his life was a prison. He was imprisoned.”

It’s not fair. That’s the crux of the problem that I’ve had with becoming a celebrity — the way people deal with celebrities. It needs to be changed; it really does.”

“No matter how hard you try, it only comes out like you’re bitching about it. So I can understand how a person can feel that way and almost become obsessed with it. But it’s so hard to convince people to mellow out. Just take it easy, have a little bit of respect. We all shit [laughs].