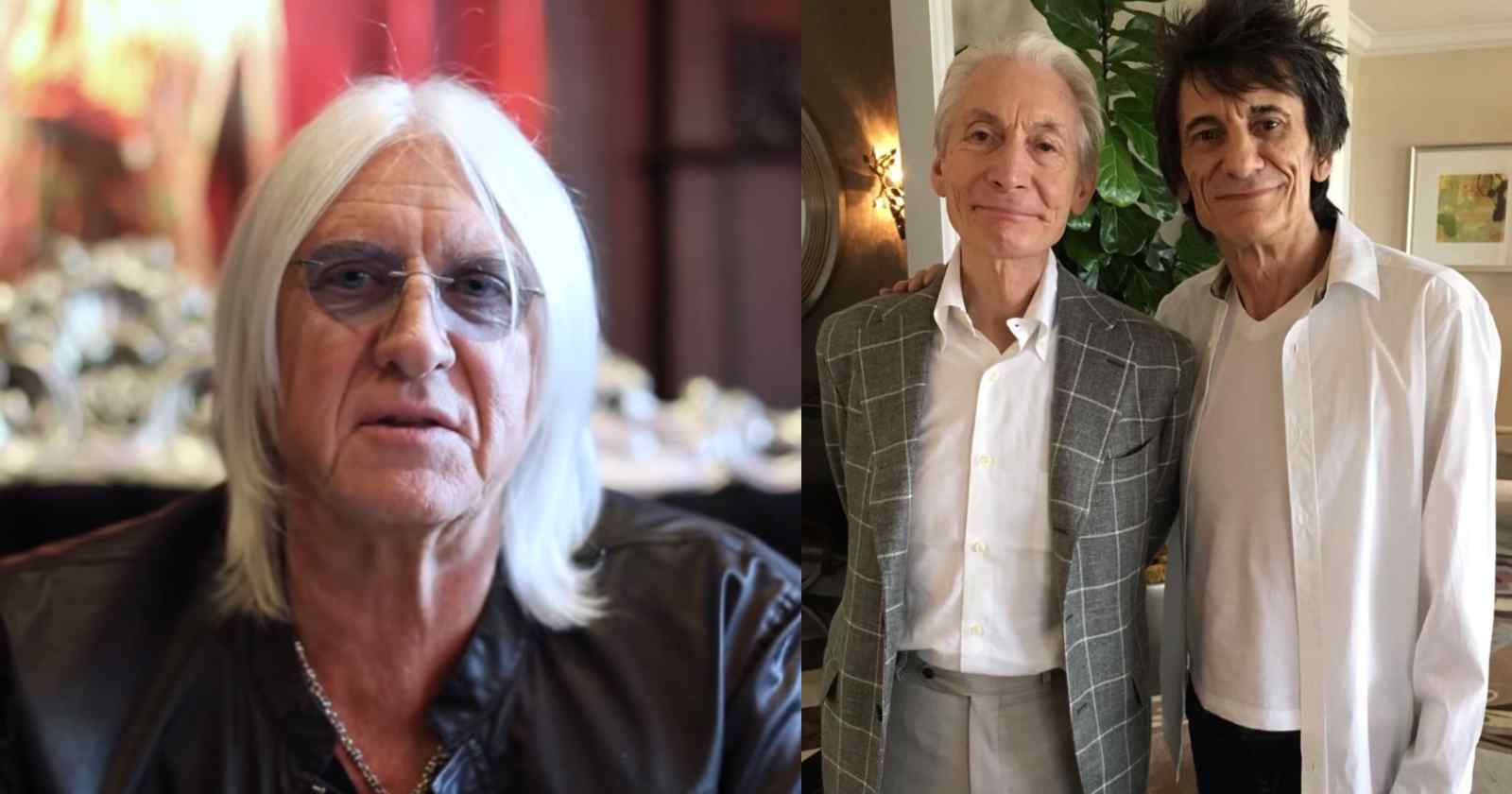 With more than four decades on the road, the Def Leppard vocalist Joe Elliott had the chance to meet many famous musicians and one of them was The Faces and The Rolling Stones guitarist Ronnie Wood. In an interview with Qobuz (Transcribed by Rock and Roll Garage), Elliott recalled when Wood invited him to be part of his 1992 solo album “Slide On This” and he also had the chance to play with Stones drummer Charlie Watts during the recording sessions.

The story of when Joe Elliott played bass with Ronnie Wood and Charlie Watts:

“It’s a good one (The story) because this is a bass thing. This is Ronnie Wood solo album from 1992, which was recorded in 91, early 92. He was then housed in Kildare, southern Ireland. He had been around to my studio about six months previously, to look at my studio to see if he wanted the same people to build his studio, which he did.”

“Once it was built, he called me and he said: ‘Will you come over and sing some backing vocals on my solo album?’ I said ‘Ok, sure. Why not’. So I did, and I did a duet with him on a song called ‘Always Wanted More’. Then he asked me to sing backing vocals on ‘Show Me’, which he had yet to record. So he said: ‘You play guitar, right?’, because I had actually done ‘Jean Genie’ (Bowie song) with him on Nighhawks, which is a TV show in Ireland. I did ‘Jean Genie’ playing the guitar.”

“And he said ‘Well, if you could play guitar, you could play bass’. Like, I see his logic, but I know it’s not that simple. So he said, ‘You play bass and we will put a quick backing track down and then you sing the backing vocals. Well, I played bass with Ronnie Wood on guitar and Charlie Watts on the drums. I had to go back to the (Def Leppard) studio the next day and see if they would believe or they would think I was just dreaming it, or making it up. It really happened.”

“But they didn’t keep my bass, sadly. I think it came out as a Japanese bonus track. I think Doug Wimbish did it all again. But it is actually a pretty good record, actually. Ronnie is much a better player than anybody ever gives him credit for,” Joe Elliott said.

Ronnie Wood’s fifth solo album, “Slide On This” failed to chart in the United States but sold well in the country, with more than 58.000 copies sold.In Japan, the record charted for four weeks in the Top 100 and sol 21.000 copies. Besides Joe Elliott, other famous musicians who were also part of the record were U2 guitarist The Edge, Small Faces keyboardist Ian McLagan and ex-Allman Brothers Band keyboardist Chuck Leavell.