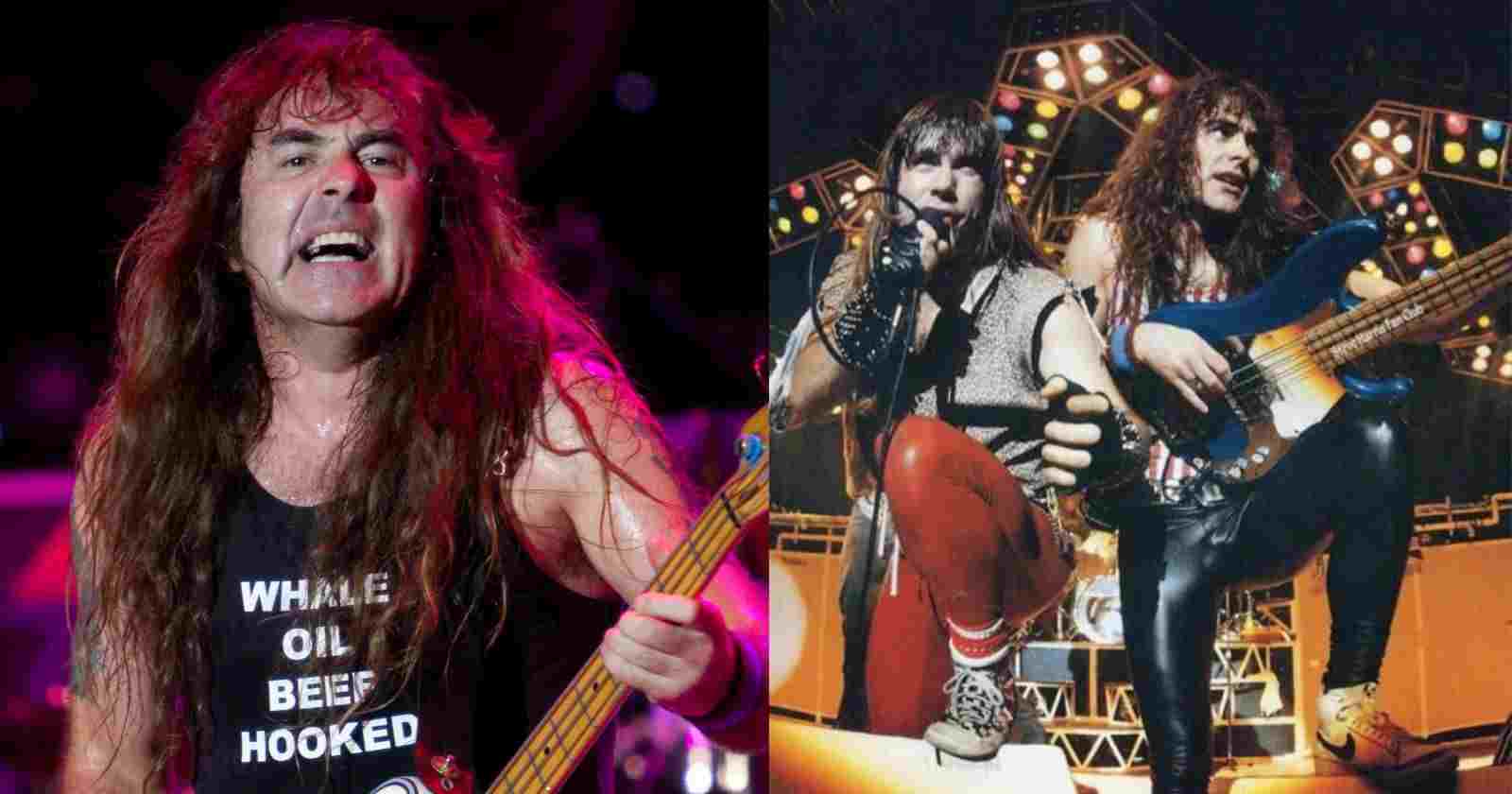 Iron Maiden leader Steve Harris is considered one of the best bassists in Heavy Metal that always shared his love for Progressive Rock music. In an interview with Brazilian magazine Revista Metal back in 1985, the musician listed his favorite albums.

Steve Harris favorite albums of all time back in the 80’s:

In an interview with Loudwire back in 2020, Steve Harris said he was really shy when he met Genesis ex-singer Peter Gabriel. The two played tennis together and Harris had to hold himself back from being too “fanboy”.

“I ended up playing tennis with Peter Gabriel once. Just because he was on the court in the same hotel as me. I don’t know if he even knew who I was, but I didn’t say anything because I didn’t want to get tongue-tied. I didn’t want to act like a fanboy, even though I felt like one. When you’re into bands that much, you don’t really think about working with them,” Harris further explained. “You never really have a chance. You tend to put them on a pedestal.”

A Wizard, a True Star is the fourth album by American musician Todd Rundgren, released March 2, 1973 on Bearsville Records. It marked a departure from his previous, Something/Anything? (1972), with its lesser reliance on straightforward pop songs. A development he attributed to his experimentation with psychedelic drugs and his realization of “what music and sound were like in my internal environment. Also how different that was from the music I had been making.

Upon release, the album received widespread critical acclaim, but sold poorly, reaching number 86 on US charts. It has since been recognized for its influence on later generations of bedroom musicians.

Recycled is the sixth album from English progressive rock band Nektar. It is a concept album addressing the band members’ concerns about the environment. There are only two songs on the album, one for each side, titled simply “Part One” and “Part Two”. “Part One” tells the tale of a nightmarish future in which only “recycled energy” remains, while “Part Two” revolves around more present-day concerns about tourism despoiling untouched wilderness.

UFO “Strangers In The Night”

The late bassist Pete Way is one of Steve Harris’ bass heroes. UFO song “Doctor Doctor” still is to this day the song that that precedes the opening of Iron Maiden’s concerts. Also, the band also covered the tune in their first album with singer Blaze Bayley.

Sad Wings of Destiny is the second studio album by band Judas Priest, released on 23 March 1976 by Gull Records. It is considered the album on which Judas Priest consolidated their sound and image. Songs from it such as “Victim of Changes” and “The Ripper” have since become live standards. Also it was the band’s only album to feature drummer Alan Moore.

Van Halen II is the second studio album by Van Halen. Released on March 23, 1979, it peaked at number 6 on the Billboard 200 and spawned the singles “Dance the Night Away” and “Beautiful Girls”. As of 2004, it has sold almost six million copies in the United States. Also, the critical reaction to the album has been positive as well, with The Rolling Stone Album Guide praising the feel-good, party atmosphere of the songs.

Lovedrive is the sixth studio album by Scorpions, released in 1979. Considered by some critics to be the pinnacle of their career, Lovedrive was a major evolution of the band’s sound, exhibiting their “classic style” that would be later developed over their next few albums. Besides, Lovedrive cemented the “Scorpions formula” of hard rock songs combined with melodic ballads.

Beckett was an English hard rock band formed in Newcastle upon Tyne in 1970. The band released one self-titled album in 1974 and disbanded shortly thereafter. Original singer Rob Turner was killed in a car crash and replaced by Terry Wilson-Slesser. Who would later go on to perform with Back Street Crawler and then Geordie whose previous front man Brian Johnson left to join AC/DC in 1980.

Contraband is an album by Dutch rock band Golden Earring, released in 1976. For the US, the same recordings were issued under the album title Mad Love the following year (1977). This US version also had different cover art and song sequence. Additionally the song “Faded Jeans” was omitted and replaced with the track “I Need Love”.

Jethro Tull “Thick As a Brick”

Thick as a Brick is the fifth studio album by Jethro Tull, released in March 1972. The album contains a continuous piece of music, split over two sides of an LP record, and is a parody of the concept album genre. The original packaging, designed like a newspaper, claims the album to be a musical adaptation of an epic poem by fictional eight-year-old genius Gerald Bostock. But the lyrics were actually written by the band’s frontman, Ian Anderson.