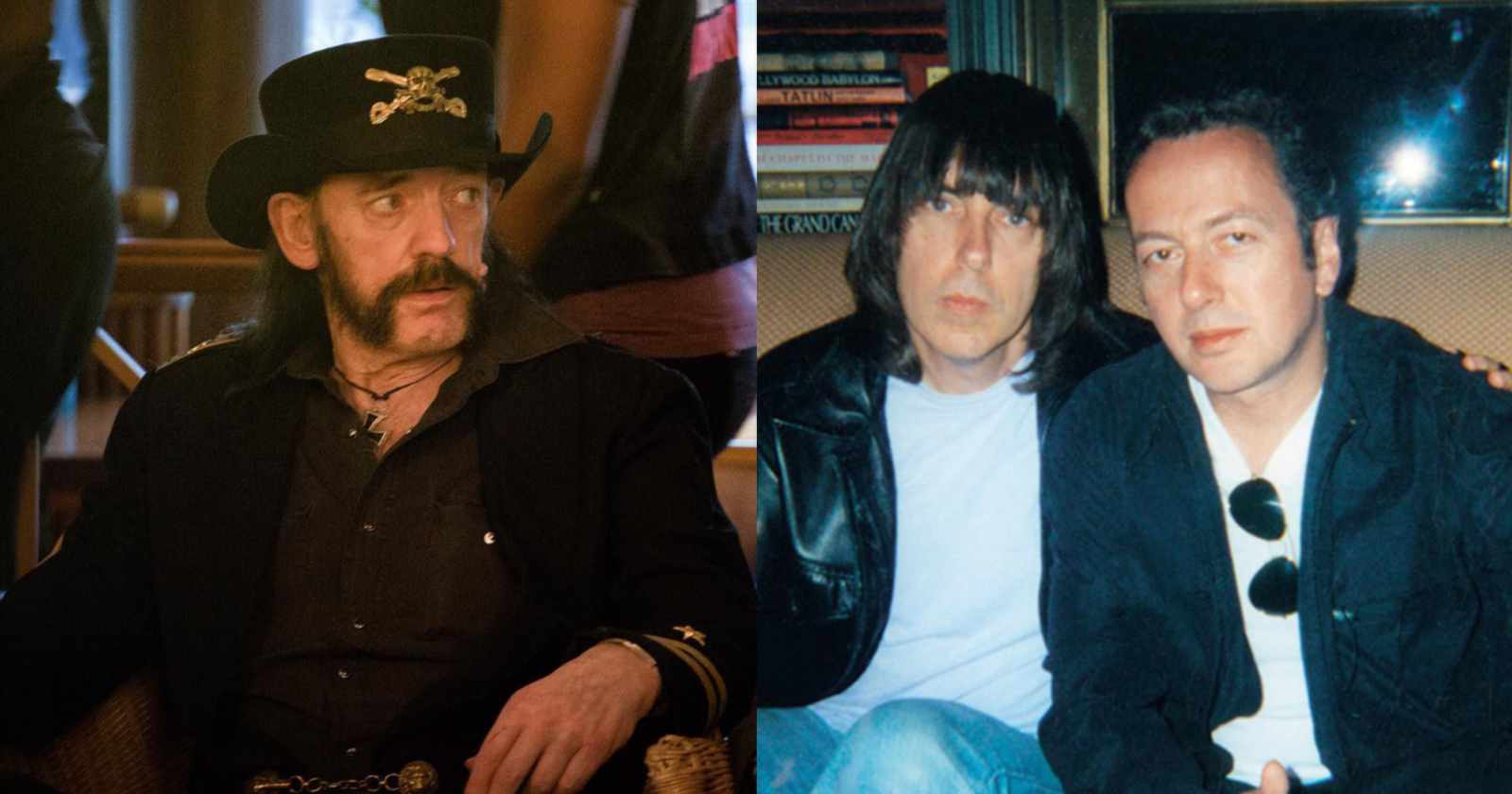 Photos by @Melhummel and Linda Ramone

At every concert bassist and singer Lemmy Kilmister introduced the band saying “We are Motörhead and we play Rock and Roll” and he was right, since their sound could not be easily defined as Heavy Metal, Hard Rock or any other sub-genre and that’s one of the main reasons why when Punk and Heavy Metal were enemies back in the late 70’s, Motörhead had fans on both sides.

In an interview with Spin magazine back in 2009, Lemmy Kilmister talked about that era and gave his opinion on two important Punk Rock bands: The Clash and The Ramones.

What was Lemmy Kilmister’s opinion on The Clash and Ramones

When the interviewer commented that Motörhead were embraced by punks and metalheads when they first appeared, Lemmy replied: “Like the punks, we just swept all that tedious ’70s Rick Wakeman, artsy-fartsy, yellow bell-bottoms, caftans-and-sandals shit aside. If you hadn’t seen what we looked like, you would have thought we were a punk band. I remember going down to the [London club] Roxy one night just to see what the punk thing was all about. I was standing at the bar, and this bush behind me said, “I used to sell acid at [Hawkwind’s] all-night shows in King’s Cross.” And I turned around and it was Johnny Rotten.”

“I remembered him: He used to have long hair, with pockets full of drugs. It’s funny, though — I never liked The Clash. They sounded like old music, dressed up as punk. The Ramones were geniuses, though. Joey especially had a nose for rock’n’roll, and we were friends, although we weren’t close when he died. I hate to see people on the way out; I prefer to remember him as he was.”

In an interview with Louder Than War back in 2011, Lemmy talked again about The Clash saying: “I never had time for the Clash and their pretend politics but the Damned and the Ramones were great rock n roll bands.”

The tribute song Lemmy Kilmister wrote to The Ramones

Motörhead released back in 1991 on the album 1916 the song “R.A.M.O.N.E.S”, that paid tribute to the punk band that Lemmy admired so much. Joey Ramone commented the song at the time saying that: “It was the ultimate honor – like John Lennon writing a song for you”

The Ramones also performed it on and off until their final show in August 1996 at which C.J. Ramone and Lemmy shared lead vocals.

In an interview with Stay Thirsty Media back in 2007 Lemmy recalled how he met The Ramones, saying: “I met them back in 1977 when they came to England, actually I think it was 1976. I just fell in well with Joey and Dee Dee, you know. Johnny wasn’t so friendly but then he never was. The other two I got on really well with. And, terrible they’re all gone. I couldn’t believe it.”

“I mean, Johnny and Dee went within seven months of each other? Ridiculous. Bang, bang, bang, they’re all gone. I think they kind of died when Dee Dee left, you know, in a way. I think that crippled Joey, because he had no buddies in the band then.”