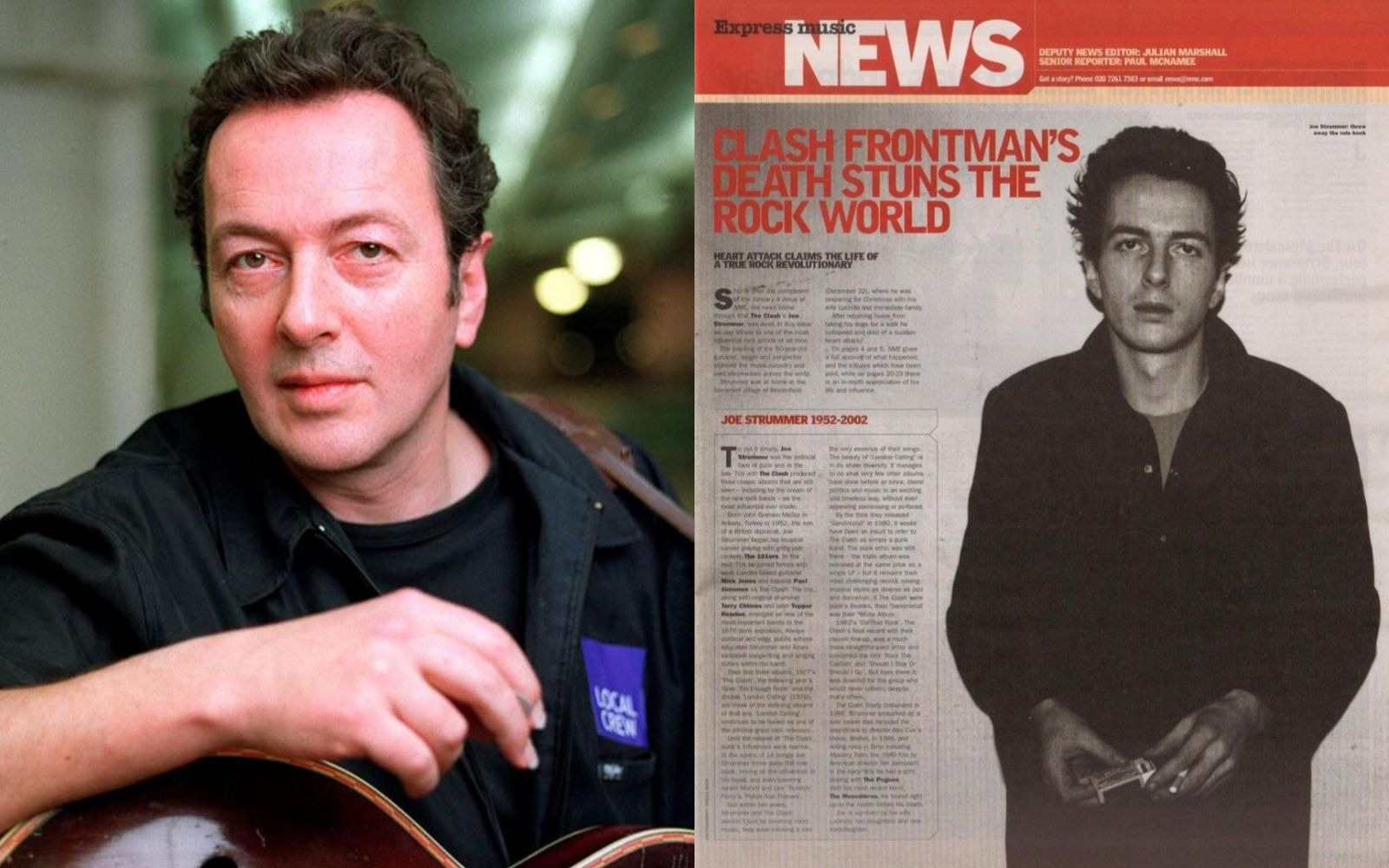 John Graham Mellor or simply Joe Strummer was the leader and vocalist of one of the most important Punk Rock bands, The Clash. The band was formed in 1976, their second album, Give ‘Em Enough Rope (1978) reached number 2 on the UK charts.

Soon after, they achieved success in the US, starting with London Calling (1979), and peaking with 1982’s Combat Rock, reaching number 7 on the US charts and being certified 2× platinum there. The Clash’s explosive political lyrics, eclectic musical experimentation, and rebellious attitude had a far-reaching influence on rock music in general, and alternative rock in particular. Their music incorporated reggae, ska, dub, funk, rap, and rockabilly.

Joe died in 2002, suddenly on 22 December in his home at Broomfield in Somerset, the victim of an undiagnosed congenital heart defect. His estate was valued at just under £1 million, and he left all the money to his wife Lucinda. Strummer was cremated, and his ashes were given to his family.

The news of Strummer’s.death was announced on his official website. A message dated December 23 on strummersite.com reads: “Joe Strummer died yesterday. Our condolences to Luce and the kids, family and friends.”

A statement issued by his publicist said Strummer “died peacefully at his home in Somerset”. It added that the musician’s wife Lucy, two daughters and stepdaughter “request privacy at this harrowing time”.