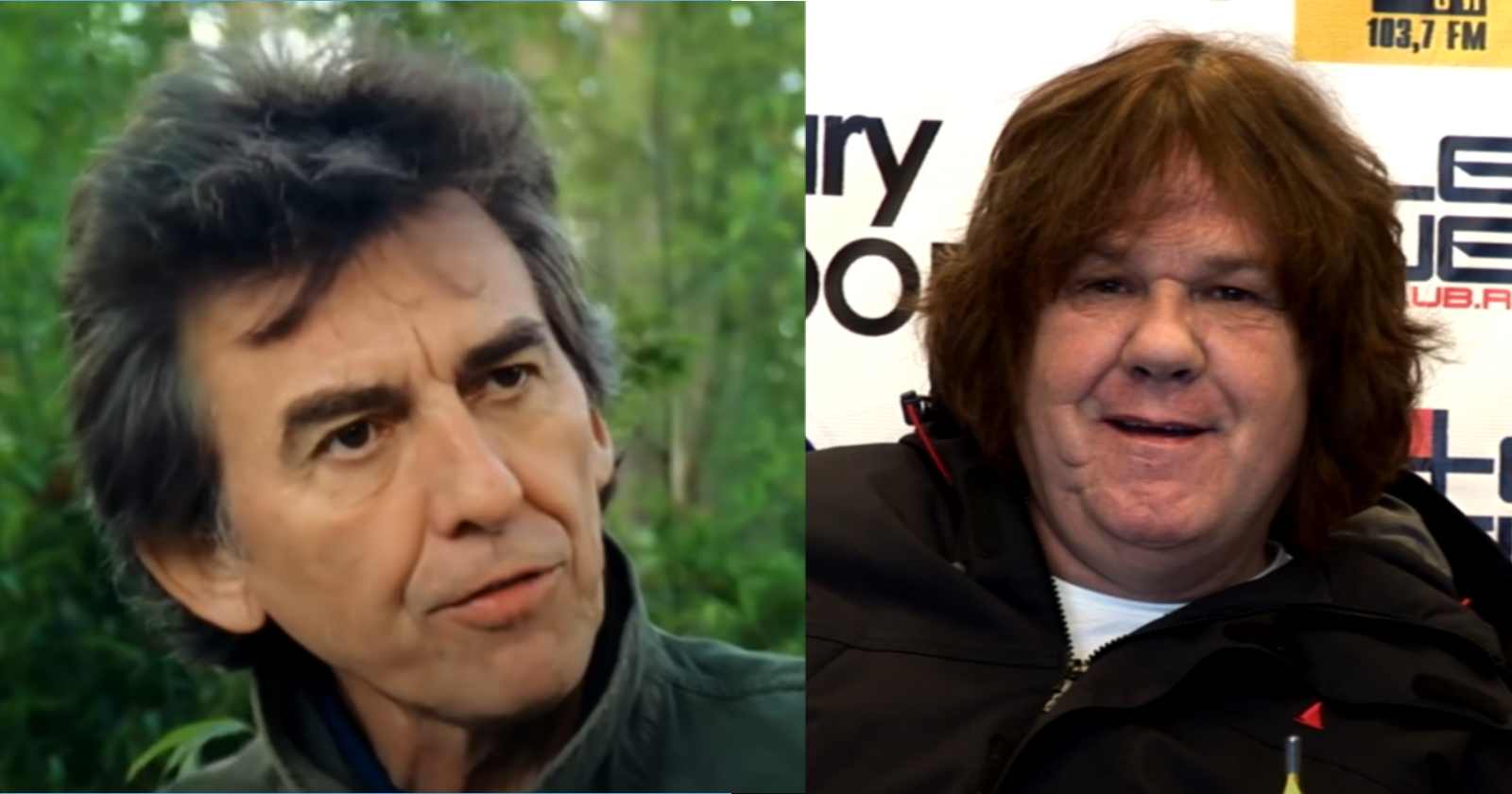 The Northern Irish guitarist and singer Gary Moore first became known for his work with Thin Lizzy and later had a successful solo career first focused on heavier Rock and then on Blues rock music. The late musician who died at the age of 58 back in 2011 influenced a whole generation of musicians and was also discussed by many of his peers, including the legendary Beatles guitarist and singer George Harrison.

What was George Harrison’s opinion on Gary Moore

In an 1990 interview of Reelin’ In The Years (Transcribed by Rock and Roll Garage), George Harrison talked about Gary Moore’s participation in the Traveling Wilburys song “She’s My Baby” and gave his opinion on the guitarist: “Gary lives by me, he is my neighbour and he is been around for a long time but I’ve known him for just about four or five years now, since he moved and lived near me.”

“When we did that song I just thought ‘Well, it’s has to have a guitar solo put on it. I could just imagine me or Jeff Lynne trying to figure out a guitar solo that would not really be in that style. I thought ‘Well, why not just get Gary play it?’. He came along, it took him five minutes. It’s brilliant, great player.”

Harrison was then asked if he thought Moore was one of the best guitar players in the world and he replied: “He is actually. I don’t know if from his records yet, if that’s come across. But I’ve had the privilege of seeing him playing just in a little room quietly and he is incredible.”

“I mean, apart from the fact that he is fast, it’s not just the speed that impresses me. But he’s got a great sense of melody and improvisation and also pitch. You know, when he bends those strings he goes straight to the note. It’s not all flapping about, you know, between like a lot of players.”

He then talked about what he thought it was keeping him from going all the way in his albums: “Well, you know, he started out with like a Heavy Metal kind of record, now his new album or his latest album is sort of come backed off Heavy. It is sort of like Blues but more sort of a Heavy Blues. But I think he is gonna become more focused in what he likes and what he wants. I personally like to hear him play some things on acoustic guitar. All kinds of different things because there is more to him than what you hear than (in that) loud big Marshall stack of amplifiers, that kind of stuff”.

George Harrison’s Instagram profile recalled the friendship with Gary Moore with a Harrison quote, who said: “He’s an unbelievable guitar player. With guitar players like him around, it makes me just feel like a skiffler.” George contributed playing slide guitar to Gary Moore’s “That Kind of Woman” song, of the album “Still Got the Blues” (1990).

George Harrison’s final full length concert happened in April 6, 1992 and the opening acts were Joe Walsh and Gary Moore. One of the final songs of the setlist was The Beatles classic “While My Guitar Gently Weeps”, that had Ringo Starr on drums and Gary Moore also playing the guitar with Harrison.

In an interview with Planet Rock radio (Transcribed by Rock and Roll Garage) in the late 2010s, he picked The Beatles “Here Comes The Sun” as one of his favorite songs of all time and explained that one of the reasons he loved George Harrison so much it was because of the way he constructed a guitar solo within the song, that would be part of the song, “from him I’ve learned about melody a lot from him and Hank Marvin actually.”

“So I’ve learned to play melody. A very simple way of playing and again was a great basis to move on to something more kind of complex and more kind of agressive later on. But again, George Harrison would create a masterpiece of eight bars in the middle of ‘Hard Days Night’, for example. It’s a perfect example of that, where he would do something that no guitarist in the world would think of.”

“He would just put this little lick in it, would have some little maybe fast bits in it and just be kind of outside what you would imagine in the solo for that song to be. Later on I’ve got to know George very well. We became very good friends at one time. He could do things anyone else could do and his slide playing was amazing. Because he used to have very strong Eastern influences from the days with Ravi Shankar and do the meditation and everything. Just to be around someone like that he learned so much. He really was a giant in the music world for me, very sadly missed.”