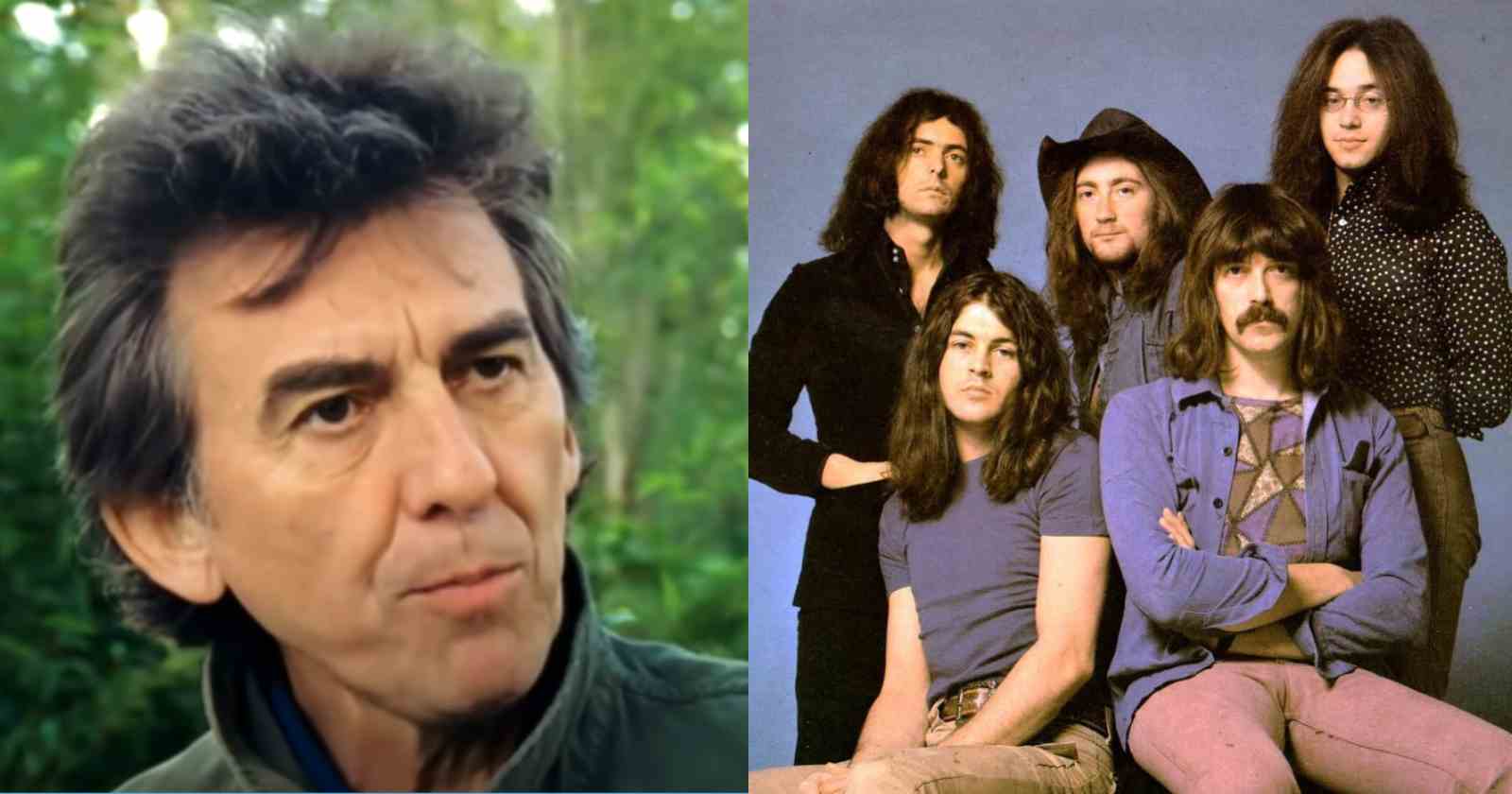 The legendary Beatles guitarist George Harrison, who also had a successful solo career and with projects like the supergroup Traveling Wilburys, is considered one of the most important musicians of all time and inspired a whole generation of bands. Later in his career he talked about many groups that appeared in the 70s and 80s, especially, and one of them were the famous British Hard Rock group Deep Purple.

What was George Harrison’s opinion on Deep Purple

In an interview with Warner Brothers Music (Transcribed by Rock and Roll Garage) back in 1987 to promote his album “Cloud Nine”, George Harrison recalled that he only discovered Deep Purple’s music after Ian Gillan left the group. He had a closer contact with them after he met Jon Lord (Keyboards) and Ian Paice (Drums), who were his neighbors.

“They’re my neighbors, two of them, Jon (Lord) and Ian (Paice). They live near me and I’ve known them now for probably 8, 9 years. Yet they were so famous in the 70s, I got to know them in the period after they broken up before they reformed. So I never knew their music. I mean, I heard this one thing about ‘Smoke On The Water’ or something like that. I’ve actually never seen them and I heard that they are in the Guinness Book Of Records for being the loudest group in the world.”

“So I thought, well, I was in Australia at the time and they happened to be doing a concert in Sydney. So I thought I’d go an check them out, get my earplugs and go and see them. I really enjoyed the show. I sat on the stage for part of the show behind the loudspeakers and then I walked down and sat right on the center of the hall and it was not too loud. It was really funny, I liked it.”

“I thought Ian, who is my neighbor, Ian Paice, he is such a good drummer and Jon Lord, rocking his organ (laughs). Ian Gillan, I thought he is just a scream, he is really funny. I enjoyed and they said ‘Hey! Here’s a guitar, come on!’ So I just went on and sang, I don’t know what it was, I was playing the wrong key but it didn’t seem to matter”.

The song that George Harrison played on stage with Deep Purple back in 1984 in Sydney, Australia was Little Richard’s classic song “Lucille” (As can be seen in the video).

Ian Paice had the chance to record with George Harrison

In an interview with Drum Talk (Transcribed by Rock and Roll Garage) back in 2017, Paice (Who also recorded with Paul McCartney) talked about the recording sessions with Harrison, saying: “With George, his was neighbor and a friend. Our kids went to school together, grew up together, still are great pals. George Had this wonderful studio in his nice little shack. He was always putting stuff together and putting his on albums out. Jimmy Keltner (Drummer) had just gone back to L.A and he (told me) to come around and have a bash at it.”

“It was ok. A little difficult because it was pretty click tracks. So you try to fit in. Jimmy’s (Keltner) is incredibly good, still a flexible human time. So you have to try to fin in the way he is moving within the music. But it wasn’t too difficult. He never did pay me (laughs)”.

Deep Purple covered The Beatles classic “Help”, transforming the pop song into a slow and Progressive Rock track on their debut album “Shades Of Deep Purple”. At the time the band still didn’t had singer Ian Gillan and bassist Roger Glover, who would be members of the classic formation of the group.

Purple’s line-up was consisted in Rod Evans (Vocals), Ritchie Blackmore (Guitar), Jon Lord (Keyboards), Nick Simper (Bass) and Ian Paice (Drums). Even though the album sold very few copies in the United Kingdom at the time, it was successful in the United States. The single “Hush”, a cover of a Joe South song, originally recorded by Billy Joe Royal, became very popular reaching number 4 on the US Billboard Hot 100 chart.