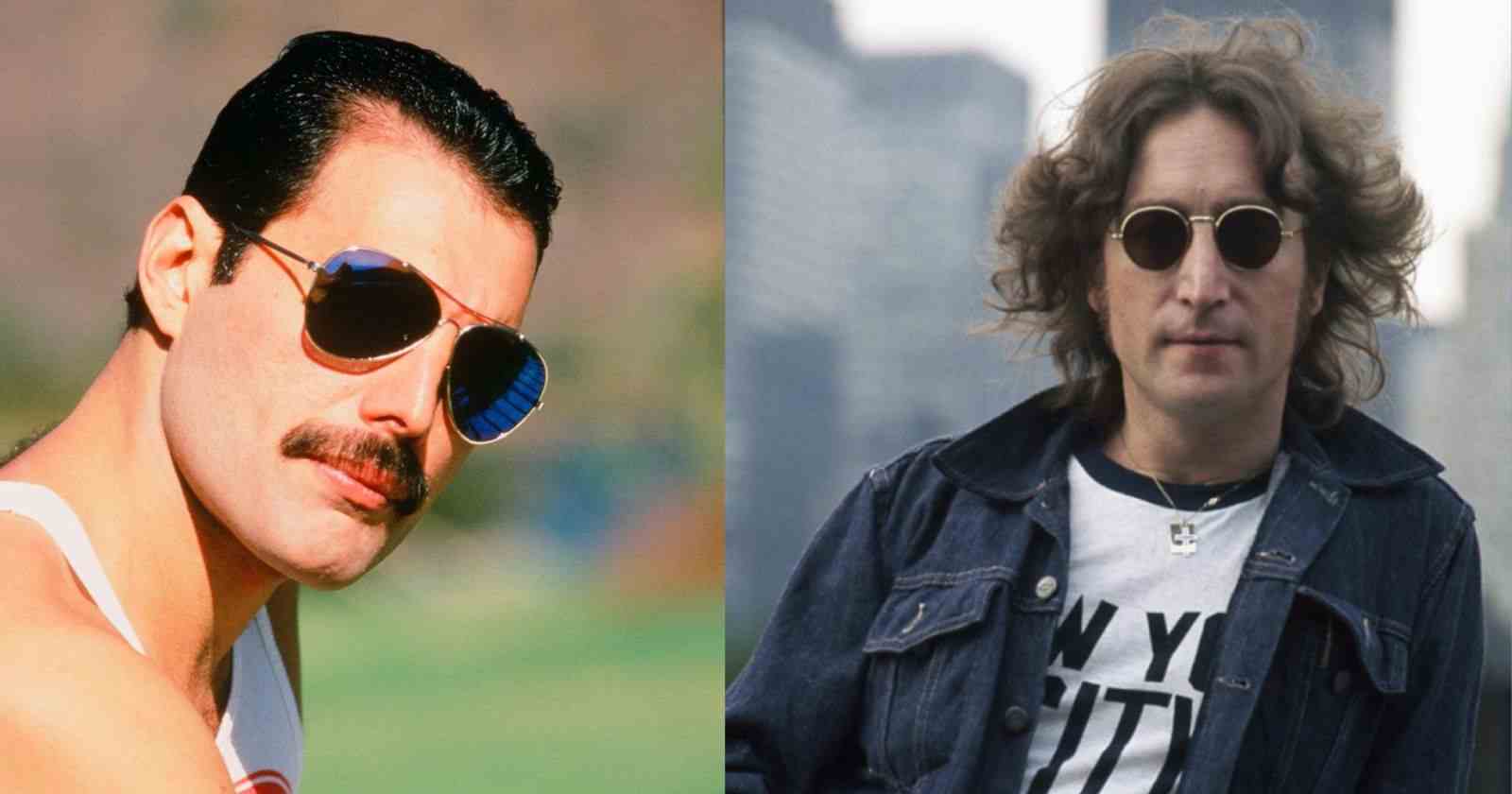 The Beatles changed music and the world inspiring a whole generation of musicians. In an interview with Japanese TV back in 1985, Queen legendary singer Freddie Mercury gave his opinion on John Lennon.

“I would never like to put me with any kind of parallel with John Lennon at all, because he was just the greatest as far as I was concerned. Is not a matter of less talent or more talent, it’s just that certain people are capable of doing certain things better than somebody else.”

“I just feel that I’m not equipped to do certain things that John Lennon did and I don’t think that anybody should, because John Lennon was just unique and the one-off. That’s the way it is, I just admire John Lennon very much and that’s far as I want to go, I just want to think about myself and put myself across in the way I want to think and in terms of peace messages I’m not it, so I don’t wanna do it.”

How did you feel when you first knew he was assassinated?

“Oh, I was shocked, I was just dumbfounded and what you do? I mea, it’s just something that you think will always happen to somebody or you whatever and it just happened. It’s one of those things ‘What can you do?’. I was shocked and disbelief, it was disbelief.

In an interview with Spin Magazine back in 1975, John Lennon said that his son Julian was a big fan of Queen:

“He likes Queen, though I haven’t heard them yet. He turns me on to music. I call him and he says, “Have you heard Queen?” and I say “No, what is it?” I’ve heard of them. I’ve seen the guy … the one who looks like Hitler playing a piano … Sparks? I’ve seen Sparks on American TV.”

“So I call him and say, “Have you seen Sparks? Hitler on the piano?” and he says, “No. They are alright. But have you seen Queen?” and I say “What’s Queen?” and then he tells me. His age group is hipper to music … at 11 I was aware of music, but not too much.”